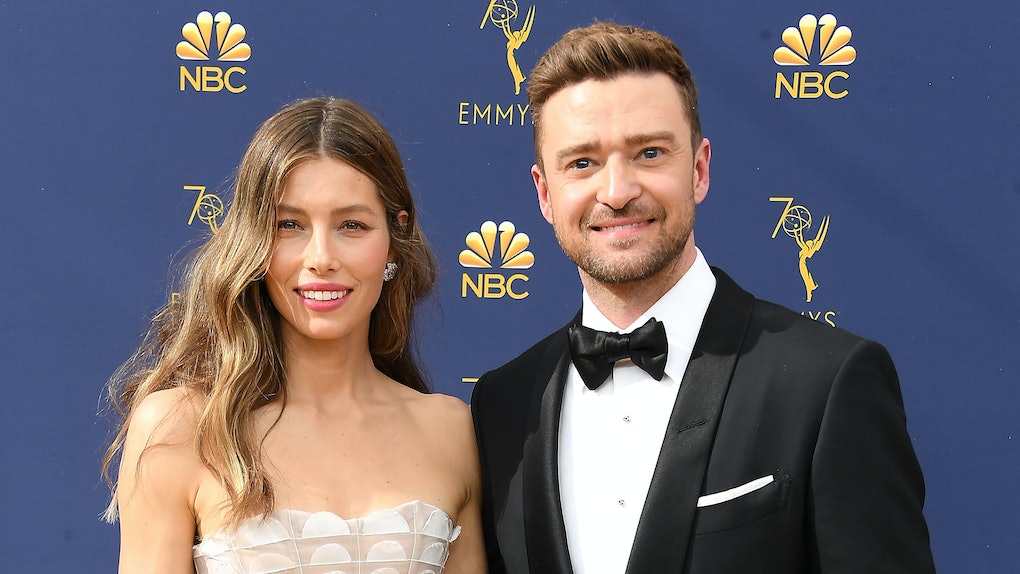 Justin Timberlake and Jessica Biel have apparently kept some big news from the public eye. According to The Daily Mail, Justin Timberlake and Jessica Biel reportedly welcomed a second child together without anyone else in the know. The pair may have purposely kept the pregnancy and recent birth secret for months. Elite Daily reached out to their reps but heard nothing back at the time of publication.

There have been some reports since mid-July the singer and actor may have secretly had a second baby and managed to hide the pregnancy and birth with more ease due to the ongoing coronavirus pandemic. While the pair has yet to confirm anything, Timberlake's friend and collaborator Brian McKnight spilled the beans to HollywoodLife, saying "He just had a new baby. I think that’s going to be really inspiring for him and he’ll have some new music based on that."

Biel and Timberlake are thought to be staying at their home in Big Sky, Montana, since March 25. Timberlake posted a photo of the snow-covered mountains, writing "Out here social distancing with the fam and a lot of these [trees]. I hope you guys are staying safe and healthy. We need to stick together and look out for each other during this crazy time."

Biel has not posted any photos on social media featuring a full-body shot since March 3, when she celebrated her birthday. Even in that instance, the star was seated in a chair in a flowing robe over pajamas. Following the birthday shot, she's almost exclusively posted a series of throwback photos and videos, as well as some support for the Black Lives Matter movement.

The Hollywood stars already have a five-year-old son, Silas Randall Timberlake, who celebrated his birthday on April 8. Kimberly Conroe Biel, Biel's mother, reportedly stayed with the family and newborn since the birth, with plans to leave on or around Sunday, July 19. A source close to the grandmother told The Daily Mail of her stay, as well the gender of the baby.

While Biel and Timberlake have yet to comment on the birth, they presumably welcomed a baby boy sometime during the week of Monday, July 13.

The new baby comes about eight months after JT got cozy with his Palmer co-star, Alisha Wainwright, during a night out in New Orleans, Louisiana. The pair were caught holding hands in some photos, and the event elicited a public apology statement from Timberlake two weeks later. The singer posted the note to his Instagram account on Dec. 4, writing, "I stay away from gossip as much as I can, but for my family, I feel it is important to address recent rumors that are hurting the people I love." Timberlake continued, "A few weeks ago, I displayed a strong lapse in judgment – but let me be clear – nothing happened between me and my co-star. I drank way too much that night and I regret my behavior."

He continued to say he didn't want to set that sort of example for his son and apologized to both Biel and his family members. While neither Wainwright nor Biel have commented on the incident, it appears the family has overcome, and Biel's posts suggest she's been feeling happy in the last few months, as she continues to express her love for her family.

It's unclear when Timberlake and Biel will publicly confirm the birth of their son, but it looks as though the family of three is now a family of four.

More like this
Britney Spears Fans' Tweets Reclaiming Justin Timberlake's May Meme Offer Alternatives
By Cianna Garrison
Selena Gomez's Horror Movie 'Spiral' Will Be A Dark Look At Social Media
By Cianna Garrison
Why Were Andra Day & Glenn Close Bleeped At The 2021 Oscars? The Shade Was REAL
By Abby Monteil
Stay up to date