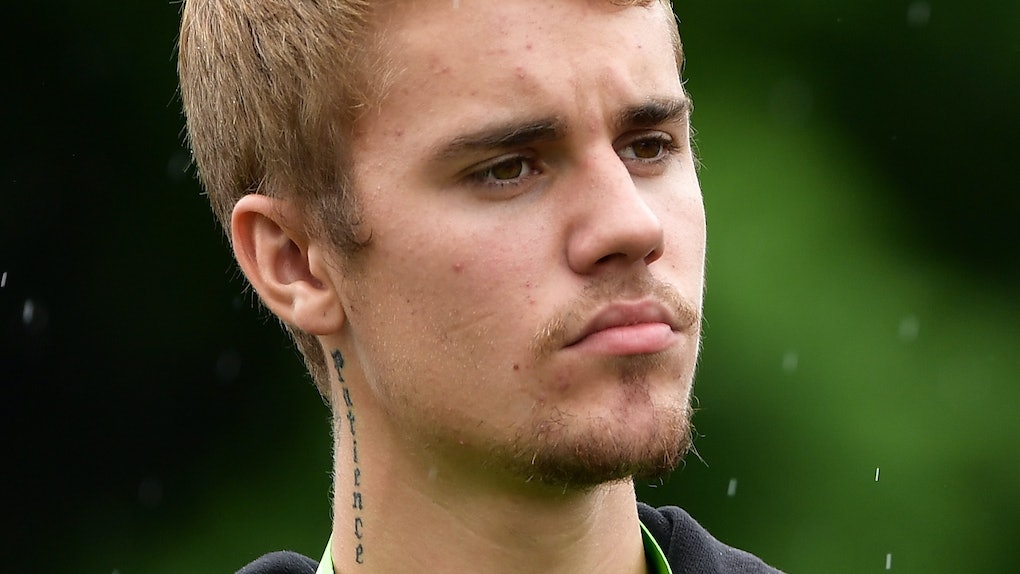 Justin Bieber's Instagram About Feeling "Disconnected" Will Resonate With Fans

Justin Bieber has never been one to shy away from telling the truth about how he's feeling when it comes to his mental health. And the singer got super real on social media over the weekend when he revealed that's he's been going through it lately, then asked his fans for their continued support. Justin Bieber's Instagram about feeling "disconnected" — which he posted on March 10 — will resonate with so many fans going through similar experiences.

"Just wanted to keep you guys updated a little bit," the singer wrote in the caption of a black-and-white image of himself from 2016, in which it looks like he's praying before a show with his arms around Scooter Braun and Kanye West. "Hopefully what I’m going through will resonate with you guys. Been struggling a lot. Just feeling super disconnected and weird."

He then ended his post on a more positive note. "I always bounce back so I’m not worried," he wrote. "Just wanted to reach out and ask for your guys to pray for me. God is faithful and ur prayers really work thanks... the most human season I’ve ever been in facing my stuff head on."

From the comments, it’s clear that Justin’s fans have his back. They didn't hesitate to send the "Where Are U Now" singer their prayers and good vibes.

"Love you always and I hope you can find a way to feel better and more like yourself again," one commenter wrote.

"We all believe in you!" added another.

Even celebrities like Diplo — "sending good energy" — and Patrick Schwarzenegger — "LOVE YOU!" — stopped by to show their support.

This isn’t the first time Justin has opened up about his mental health and been candid with fans about the dark side of fame. In a 2015 interview with NME, he addressed the challenging aspects of being on the road.

"I’m struggling to get through the days," he wrote. "I think a lot of people are. You get lonely, you know, when you’re on the road. People see the glam and the amazing stuff, but they don’t know the other side."

He shared something similar, if more obscure, on his feed in May 2018:

And he went even deeper in March 2016, when he announced in a lengthy Instagram post that he would no longer be participating in meet-and-greets.

"I enjoy meeting such incredible people but I end up feeling so drained and filled with so much of other people's spiritual energy that I end up so drained and unhappy," he explained. "Want to make people smile but not at my expense and I always leave feeling mentally and emotionally exhausted to the point of depression. The pressure of meeting people's expectations of what I'm supposed to be is so much for me to handle and a lot on my shoulders. Can't tell you how sorry I am, and wish it wasn't so hard on me."

I think it's pretty amazing that Justin is willing to be so open and vulnerable about his mental health on social media. So many people are afraid to speak up when they're suffering. It takes a really strong person to put himself out there while he's in the midst of fighting their demons. Stay strong, Justin. You got this.