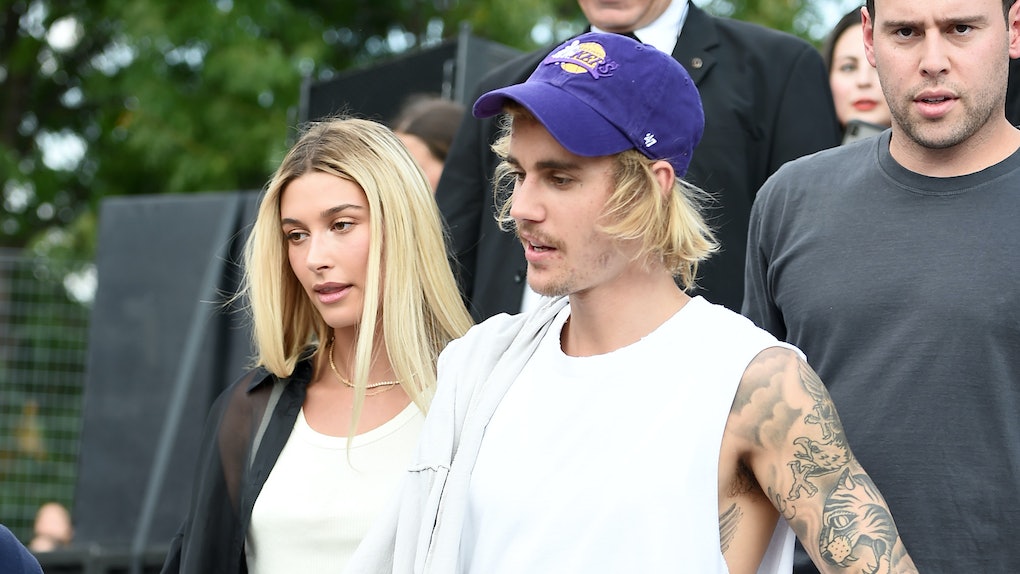 Justin Bieber and Hailey Baldwin are in love, guys! And they want the whole world to know it because getting married just isn’t enough. Not by a long shot. Bieber recently took to Instagram to express, in a really flirty way, just how much he loves his wife. Justin Bieber’s comment about Hailey Baldwin on Instagram shows just how sweet these two are on each other. And it’s beyond adorable!

“I challenge you to tag someone you think is cute,” societyfeelings posted.

And, of course, Bieber decided to tag Baldwin in the comments of the post. It’s genuinely the cutest thing ever and just shows how in love Bieber is with Baldwin. Sure, it’s a bit corny, but hey, they’re in love! You can’t blame them for being a little cheesy every now and then.

Bieber’s Instagram comment comes just a month after he and Baldwin finally went public with their marriage. Bieber ended nearly three months of speculation with a Thanksgiving Instagram post that confirmed he and Baldwin were actually married.

“Happy late thanksgiving to everyone. First thanksgiving as a married man, first time hosting thanksgiving,” Bieber wrote in his post. “First time both sides of the family has come together. Relationships are hard and love isn’t always easy but thank you Jesus for showing me how! Every day is a learning process, trying to be more like him, patient, kind, selfless, boy I got a long way! But gods grace is sufficient!”

So, Bieber and Baldwin are definitely feeling all mushy about their new marriage. Bieber’s comment about Baldwin definitely proves that!

Here’s a screenshot of the meme and of Bieber’s comment as posted by commentsbycelebs:

Bieber and Baldwin have been opening up about their marriage more and more as time goes on. In a recent interview with Vogue Arabia, Baldwin revealed that she sees kids in her near future.

“I love kids and I can’t wait to have my own,” Baldwin said to the magazine. “I would say now that’s a closer reality.”

So, Bieber and Baldwin have kids on the brain, apparently. But that shouldn’t come as a surprise because Bieber revealed back in 2011 that he wanted to be a dad by 25.

"By 25 or 26, I want to see myself, like, married or start looking for a family. I want to be a young dad," Bieber told WWD at the time. "I want to be able to have done what I wanted to do—to be successful, to do a movie or whatever. But if the time is right, I definitely want to be married by 25."

All in all, it looks like Bieber and Baldwin have a lot to look forward to in their married life. And they are definitely showing the world little by little that they’re totally committed to each other. Bieber’s latest Instagram comment about Baldwin is just a glimpse into what their love looks like and it’s just so darn cute! Can’t wait to watch them grow together.