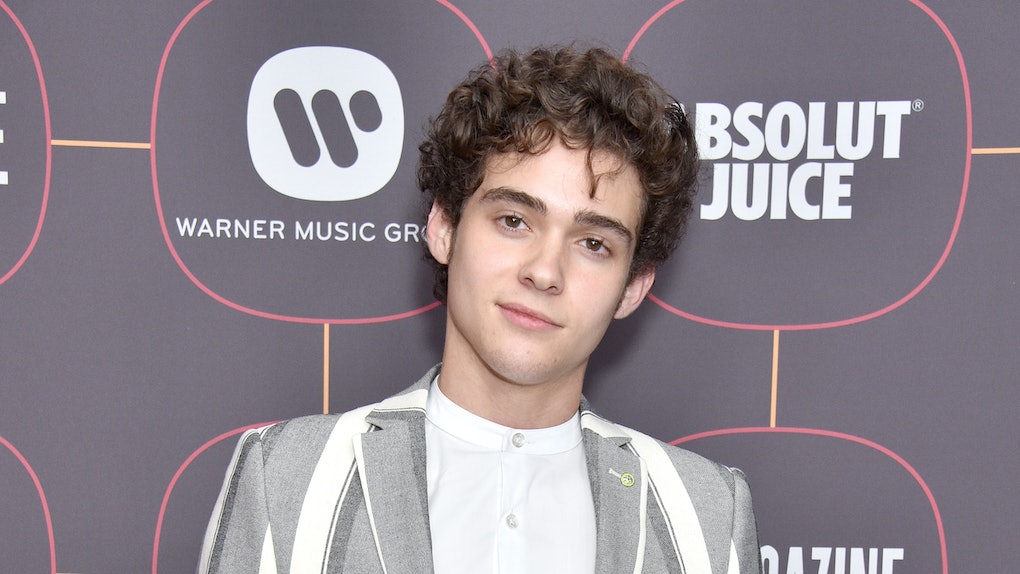 For the past few weeks, fans have talked about nothing other than Olivia Rodrigo's "drivers license." The lyrics hint it's about her rumored ex Joshua Bassett, as well as his rumored new girlfriend Sabrina Carpenter, so fans have been itching to know more about the supposed behind-the-scenes drama. Due to all the attention, Joshua Bassett is scrapping his song with Sabrina Carpenter. What he had to say about the decision is so sad.

Fans discovered Bassett and Carpenter were planning on dropping a collab when Apple Music revealed the tracklist for Bassett's self-titled debut EP on Jan. 23. Out of all the upcoming songs, fans especially couldn't wait to hear "We Both Know" because it seemed like it was going to reference "drivers license." The title alone hinted Bassett and Carpenter were teaming up to tell their side of the story.

In "drivers license," Rodrigo says her ex moved on with a blonde girl who's "so much older than me." Meanwhile, Carpenter's song "Skin," which many think is a direct response to Rodrigo, is about someone who's trying to get under Carpenter's skin. In the song, Carpenter says she wishes she and the other person could just make amends. "Maybe you didn't mean it, maybe 'blonde' was the only rhyme," she sings on the track, seemingly referencing Rodrigo's line in "drivers license."

"We Both Know" seemed like it was going to expand on the drama, but now, fans might not ever hear it. On Thursday, Feb. 25, Bassett revealed he's no longer going to drop his collab with Carpenter. He told Billboard, "I didn’t want my EP to be overshadowed by some other narrative that people were trying to make. I really want the focus to be on the art instead of some of the talk and the chatter."

Bassett said he might eventually share the song when it has a "better chance at a different time," but because the "drivers license" drama is still hot, it won't be any time soon.

As of Feb. 25, Bassett's tracklist on Apple Music no longer includes "We Both Know." While fans won't get to hear the song until much later, they can still look forward to hearing the rest of Bassett's EP when it drops on March 12.

More like this
Chrissy Teigen's Quotes About Khloé Kardashian's Bikini Photo Controversy Addresses Both Sides
By Brandy Robidoux
Meghan & Harry's Birthday Gift To The Queen Was Simple, But Thoughtful
By Michele Mendez
Frankie Jonas' Quotes About Being Called "Bonus Jonas" Are So Sad
By Michele Mendez
Stay up to date