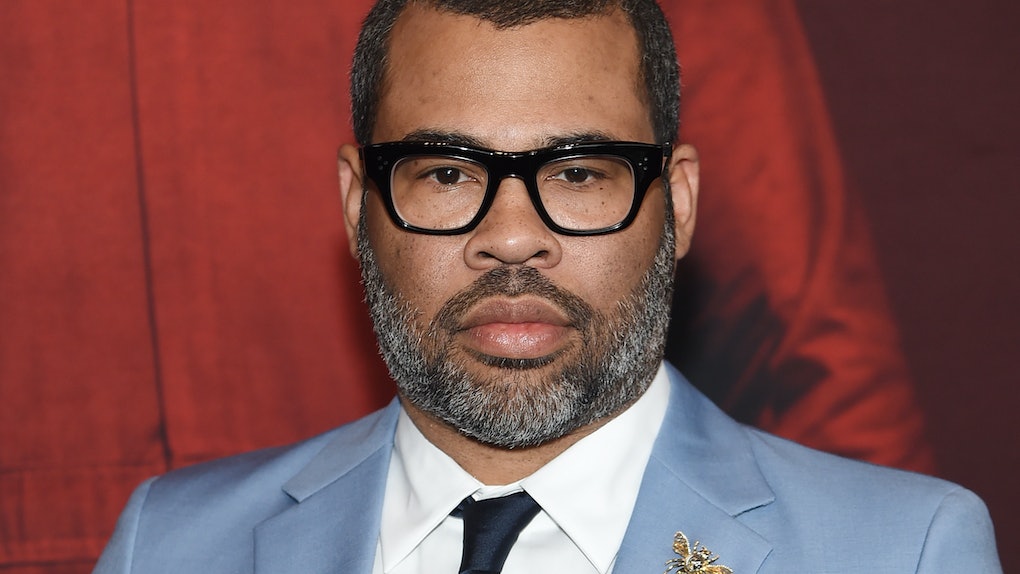 Jordan Peele's Cameos In 'Get Out' & 'Us' Are So Low Key, You Need To Watch Carefully

In the last few years, Jordan Peele has gone from sketch comedy jokester to horror movie auteur director. His first feature film Get Out earned him an Academy Award for Best Screenplay, and his second film, Us, comes out in theaters this week. He's already a master of suspense and a master at getting audiences to understand complex social issues, like race relations, through horror movie tropes. It turns out, there's one more thing that Peele is a master at, and that's leaving Easter eggs for his audiences in his movies. What are his latest hidden surprises? He just revealed that he secretly appears in both of his movies. But, Jordan Peele's cameos in Get Out and Us are so low key, you probably completely missed them.

In a recent interview with Fandango, Peele revealed that he's made cameos in all his movies without fans even knowing. When the interviewer asked him if he'll ever appear in one of his movies, Peele mischievously smiled and said that he already has. It turns out, he's been hiding all along right before fans' eyes, or, rather, their ears. Peele said that he provided the voice of a very memorable character in Get Out: the deer that Chris (Daniel Kaluuya) and Rose (Alison Williams) hit with their car on their way to Rose's parents' house. The scene is the first jump-scare and hint of violence in the movie, and sets a tone that says Chris better watch out for more dangers ahead.

Peele's second cameo is very similar to his first one. In Us, Peele provides the voice of a dying rabbit. Revealing how the rabbit dies might give away too much of the plot of the highly secretive, brand new film. But, suffice it to say that Peele's screams once again play a vital role in the movie.

During his interview, Peele even showed off his vocal performances. You can watch yourself at the 3:15 mark in the clip below:

In the clip, Peele demonstrates how he create blood-curdling screams for both dying animals, and he's really good at it. Should fans be surprised, though? There doesn't seem to be anything that Peele can't do, so why shouldn't he build a niche for himself as a dying animal vocal artist?

Peele is far from the first director to have a cameo in his movies. Other directors like Steven Spielberg, Judd Apatow, and John Hughes all appear in a fair number of their own films. Peele has often been compared to Alfred Hitchcock, since he follows in the footsteps of the original master of suspense with many of his cinematic techniques. Peele's cameos add another similarity between the two directors to the list, since Hitchcock was famous for always sneaking himself into his own movies in very small roles. Perhaps Peele's skill with animal voices will make its way into all his future projects, and he'll start his own tradition of vocal cameos. Fans might be able to look forward to an entire ol' MacDonald's farm of animals noises from Peele.

In the meantime, fans can see Us when it hits theaters on Friday, March 22.