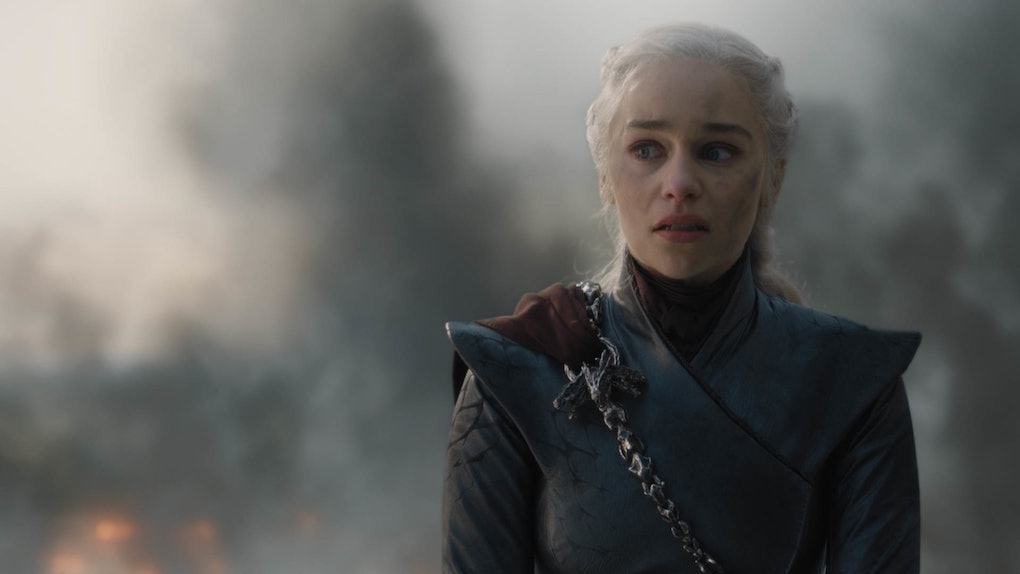 Going into the Game of Thrones finale, it felt like anything could happen. The rules that once governed the way the game was played had been burnt to the ground, and the earth was salted and ashed for good measure. There was only one thing fans could be sure of. The idea of Daenerys as the ruler of Westeros was dead, even if she didn't know it yet. After her massacre of the citizens of King's Landing, it was merely a matter of time before someone took revenge. When Jon killed Daenerys on Game of Thrones, it was only a shock at how fast it came in the finale. Warning: Spoilers for Game of Thrones Season 8 follow

It wasn't a question of would Daenerys be killed, but by who. After eight seasons that began with the shocking death of Ned Stark and then kept going, viewers were savvy enough to put together the clues being set forth and saw the writing on the wall. The finale's trailer was smart enough to recognize this and proffered not one, but two red herring candidates: Tyrion Lannister and Arya Stark. The former would perhaps do it to avenge the death of his brother and sister at Daenerys' cruel hands, the latter would do it for the death of the millions in King's Landing. Both would be justified.

But as always, the show liked the zag instead of zigging. Instead, the death of Daenerys came from the one person she trusted not to: Jon Snow.

To be fair, it wasn't just Tyrion who convinced Jon Snow to turn against his queen, despite his silver Lannister tongue. It was Daenerys herself. The scene on the sets of the Red Keep, now in ruins was genuinely disturbing. There's something about a leader, speaking in a foreign tongue to her invading army, arranged before her in fascist-like lines, screaming about how they will be greeted as liberators. Those who don't speak the language might not have understood what she said. But her message was clear. She plans to take this dragon fire massacre show to every corner of the continent, from Lannisport to Dorne to the Iron Islands, and Winterfell. So much for Yara taking back her lands in Daenerys name. So much for Jon's hope of bending the knee would keep the North safe.

The world was about to see this everywhere:

Jon did what he had to do. He convinced Daenerys he was with her, she could trust him. And then he stabbed her.

It's why Jon didn't try and take her place either, but let himself be arrested. After all, he knows what the punishment is for treason. He's delivered it himself.