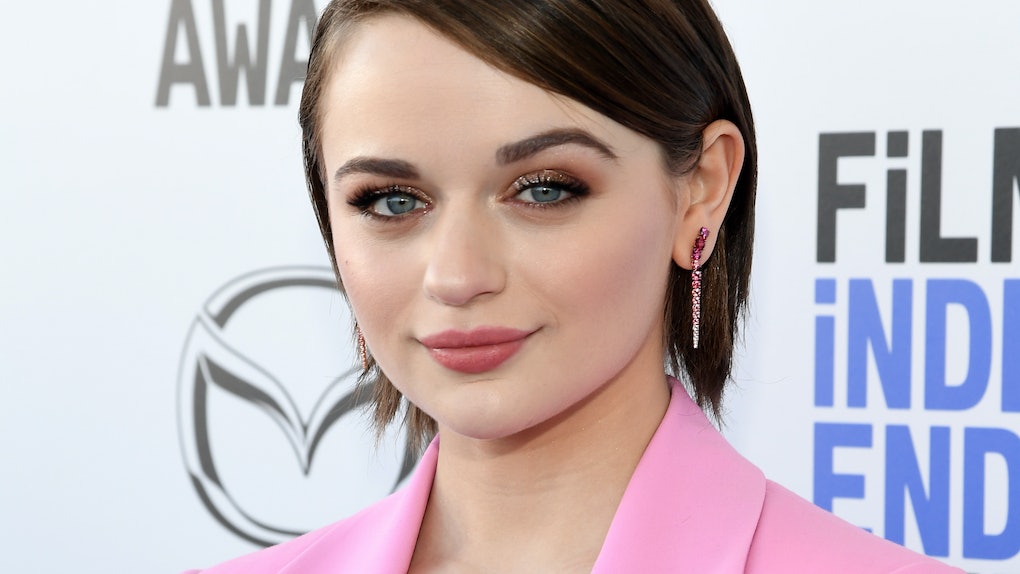 Ever since The Kissing Booth dropped on Netflix in May 2018, Joey King has become the queen bee of Hollywood, and that shouldn't be a surprise, considering Joey King's zodiac sign. The actor was born on July 30, which makes her a Leo, one of the loudest and proudest signs of the zodiac. Lions were born to perform and destined for popularity, but they have just as much love for the people in their lives as they have for themselves (and that's really saying something). A Leo in love is protective, affectionate, and loyal AF, and if you can handle their ~extra~ energy, then Leos make some of the best partners around.

Leos live for the spotlight, but that doesn't mean they're totally self-involved. They seek partners who support and encourage their dreams without holding them back, and believe it or not, they're just as eager to return the favor. You'd be hard-pressed to find an SO as loyal as a lion, and you definitely won't find an SO who can match a Leo's confidence. It seems King is currently off the market, as she's rumored to be dating producer Steven Piet; neither star's rep returned Elite Daily's request for comment on their reported relationship. Regardless of her current relationship status, her zodiac sign likely makes her a headstrong partner with a big heart.

Like most lions, King is a self-proclaimed "people person" who has no problem being the center of attention. "As much as it's been crazy that people want to know what's going on in my life, it's so exciting," she confessed to W in July 2018 when asked about her sudden TBK fame. "There's no part of me that's like, 'I don't want this.'" She also recognizes her responsibility as a public figure to lead the pack. As she told Teen Vogue in Feb. 2019, "When you have a platform like mine, and I'm lucky enough to have a vast amount of followers, I think I'm really proud to be able to say something that means something to me." She can't help it that she's so popular, guys.

Lions don't let the haters get them down, and that's def true of King. "I got [told] that I'm not pretty enough, pretty recently actually," she told Refinery29 in March 2019. "That's just really f*cked up. It kind of hurts, but I didn't cry when I heard that. I was like, 'Well that's stupid.'" For King, the opinions of haters mean nothing. "...the negative comments people say don't really register anymore, which I'm so thankful for because I feel beautiful, and I feel proud of myself," she said during an April 2019 interview with AS IF. I stan a self-assured Leo queen!

As willfully independent and proud as they are, Leos are social creatures, and they don't just surround themselves with people for attention. Yes, they crave reassurance, but when lions care about someone, they'll do just about anything for that person. If King is, in fact, dating Piet, then I have a feeling she shows him no shortage of affection and devotion. Keep on shining, Joey.