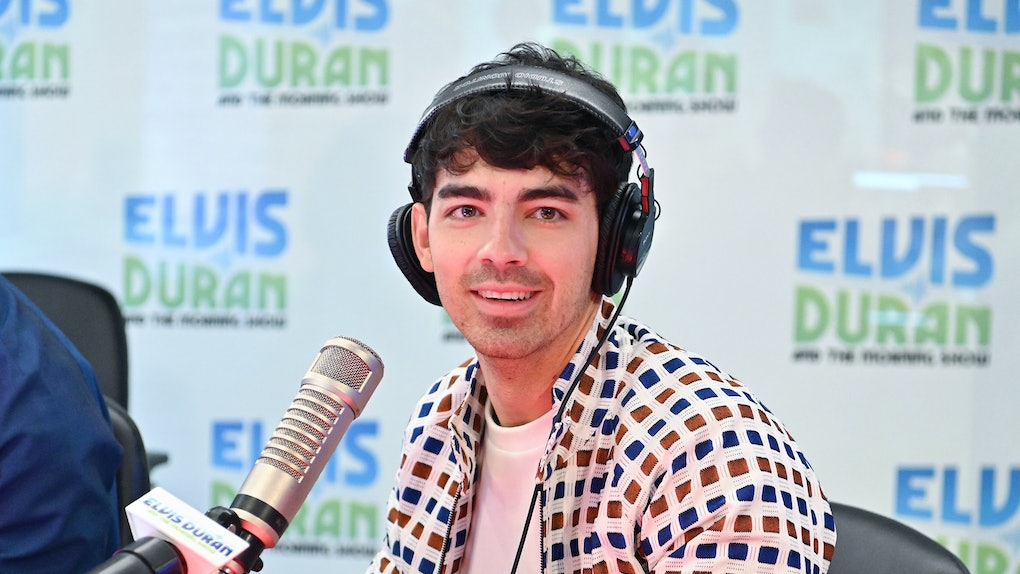 Joe Jonas is hitched. He and Sophie Turner tied the knot in an elopement in Las Vegas on May 1, but their official ceremony is going to go down in France this summer, which left the Jonas Brothers with plenty of time to throw the middle Jo Bro a bachelor party. That party went down not long after the Vegas elopement, and y'all, what a wild event it was. In an interview with Jimmy Fallon, the brothers revealed that Joe Jonas' bachelor party had the cops called on them three times. Not once, not twice, but thrice. Clearly, when the Jonas Brothers party, they make sure the hangover lasts.

During their appearance on The Tonight Show Starring Jimmy Fallon, Fallon had Kevin, Joe, and Nick Jonas play a game called "Know Your Bro." The game required them to answer questions about each other while one of the brothers wore noise-canceling headphones. During Joe's turn to wear the headphones, Fallon asked Kevin and Nick what the "wildest" part of Joe's Ibiza bachelor party was.

"We had the cops on the first night calling on three times," Nick said without hesitation. "Joe ripped off his shirt in a nightclub, proceeded to rip off two of his friends' shirts in the nightclub. He took the cardboard box for 1942, the tequila, and somehow cut it into a bandana so it just said 1942 across his forehead. He wore that on a boat all day long."

Joe ended up guessing his brothers' answer to this question correctly (the only one of the three of them to do so).

In an interview the Jonas Brothers did on the UK's Capital Breakfast With Roman Kemp radio show on May 29, the Brothers were fresh off the heels of that bachelor party in Ibiza. They told Kemp that they were feeling fine at that moment, but the day before, they were a mess. I mean, if I were at a party that required the cops to check in three different times, I'd be hungover as hell too.

The "Know Your Bro" question for Nick wasn't about partying, though. Fallon asked Nick's two older brothers what Nick would say they're the most jealous of him for. Their responses were his massive shoe collection (which they think is bigger than Priyanka Chopra's) and the time when he went to batting practice with the LA Dodgers. Nick incorrectly guessed that they would be jealous of the times he performed at the White House. Don't worry, they all trolled him from casually dropping that little piece of info.

When it came time for the question about Kevin, Joe and Nick were asked what was the "worst" thing the oldest Jonas Brother did when he was a kid that their parents didn't know about. Nick and Joe's answers were that he snuck out of the house a bunch and "had some beers" before he was 21. Kevin's answer was that he took Joe to a tattoo parlor when he was 13 years old. Turns out, none of these brothers know each other very well!

All kidding aside, Joe Jonas' bachelor party sounds like it was a wild night. Sophie Turner had her bachelorette party in June in Europe, so I have a feeling their France wedding is going down pretty soon. No Ring Pops as wedding bands this time.