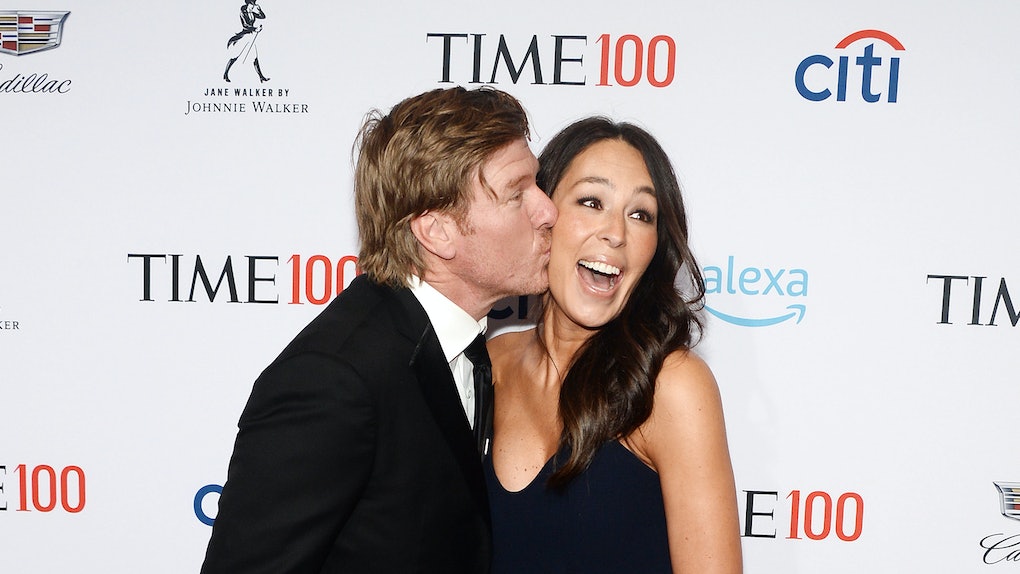 Well, this is one way to think ahead. Joanna Gaines has a tattoo idea for honoring Chip Gaines after his death — even though he's currently very much alive and well. “I always say, when he dies, I’ll go ‘one, six’ right there,” Joanna revealed, per Us Weekly, during her and Chip's new Breaking New Ground: Expanding the Silos special on Discovery+. The home improvement guru would have "16" inked on her inner wrist.

The reason is pretty sweet: 16 is well-known as Chip's favorite number. It apparently all started, per Us Weekly, because Chip is a regular at a store called "No. 16" that has all of his "favorite things, including baseballs and caps."

Joanna explained, “anything we get of his now — his undies, his white tee shirts — we put No. 16 in it. It’s a thing." In fact, it's become such a thing that the whole Gaines family has gotten aboard with dubbing 16 as their favorite number. Per Us Weekly, Joanna said that all of their five kids (Drake, who is actually 16 years old; Ella, 14; Duke, 12; Emmie Kay, 10; and Crew, 2) pick the number for their sports jerseys. The matriarch of the family added that she, herself, has “even inherited it a little bit.”

So, having taken all of that into account, I think it's understandable that Joanna would pick a "16" to memorialize her husband with. That said, she's not totally dead set on it. In fact, per Us Weekly, she did mention a squirrel tattoo is another option she's considered for a possible tribute to Chip after he passes. The reason behind selecting the squirrel is a little less obvious, but a source reportedly did previously tell Us Weekly that "Jo’s always loved the outdoors … and she’s passed that on to her children too.”

So, maybe the squirrel would be a tribute to all of the time she and Chip spent outside with their children? Who knows.