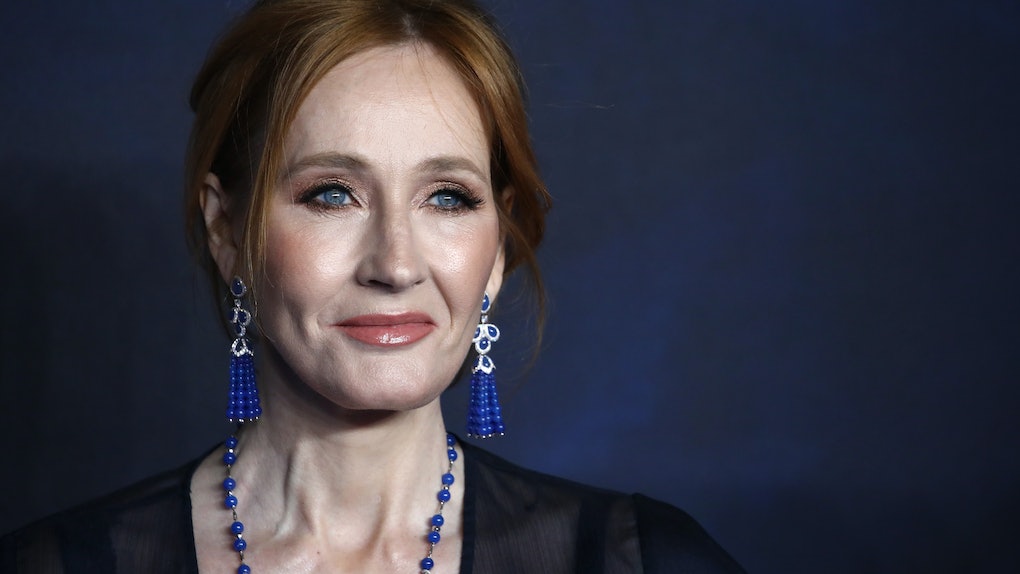 Harry Potter's time at Hogwarts might have ended long ago, but the wizarding world is alive and thriving. While the ongoing Fantastic Beasts franchise explores an earlier generation, the Broadway play Harry Potter and the Cursed Child delves into what happened after Harry defeated Lord Voldemort. Recently, J.K. Rowling's tweet about Harry Potter and the Cursed Child has spiked fans' suspicions that more to this story might be on the way, but the apparent truth about her message doesn't exactly fit these rumors.

After debuting in London in 2016, Harry Potter and the Cursed Child opened on Broadway in New York in 2018. The play continues where the epilogue of Harry Potter and the Deathly Hallows, the seventh and final book, left off. In it, Harry is grown with children, one of whom begins an epic adventure after he starts attending Hogwarts. The play is often promoted with the hashtag #KeepTheSecrets to ensure audience members don't know what to expect from the fantastical production, so fans are used to some ambiguity surrounding Cursed Child. However, a Sept. 5 tweet from Rowling sparked curiosity about the future of the magical world she created.

Posting a photo of the Dark Mark, the symbol worn by Voldemort and his Death Eater followers, Rowling wrote, "Sometimes, darkness comes from unexpected places."

As it was the author's first tweet in several months, many Potterheads celebrated the message. In addition to being happy to hear from Rowling on the platform, fans in the know about Cursed Child also wondered if Rowling was hinting at a film adaptation of the play, even though she previously shut down the possibility in 2017, tweeting, "There is NO TRUTH to the rumor about a Cursed Child movie trilogy!"

Following Rowling's Sept. 5 tweet, the Pottermore Twitter account retweeted her 2017 message and added, "There is something exciting coming later on from @CursedChildNYC, but it’s not a movie…"

It turns out, Rowling was likely just teasing the theater production's rebranding. The Pottermore website introduced the line in her latest tweet as the show's new tagline, and also launched a promotional poster showcasing the Dark Mark within a lighting bolt Harry is casting from his wand. The new design was revealed in Times Square ahead of the November 2019 release of Harry Potter and the Cursed Child: The Journey, a behind-the-scenes look at the play's creation.

The production is also now labeled as "J.K. Rowling's Harry Potter and the Cursed Child," clapping back at criticism that the play isn't franchise canon because Rowling technically didn't write it. While she created the story alongside playwright Jack Thorne and Cursed Child director John Tiffany, it was Thorne who penned the actual script. It looks like this subtle change clarifies that Rowling definitely intended for this chapter of Harry's story to count just as much as his school years.

As for those movie rumors, though Rowling has said there will not be a movie trilogy, fans will remember that she's sort of gone back on her word before. When Deathly Hallows was published in 2007, she seemed skeptical about returning to the wizarding world, telling TIME, "If, and it's a big if, I ever write an eighth book about the [wizarding] world, I doubt that Harry would be the central character. I feel like I've already told his story. But these are big ifs. Let's give it 10 years and see how we feel then."

Well, she didn't quite write a traditional eighth book, but through the release of Cursed Child and tidbits about other characters, Rowling has shown she can't help but return to Hogwarts. Just in case, fans should keep their wands at the ready for any updates on the possibility of a Cursed Child movie... or maybe even better, a TV series!