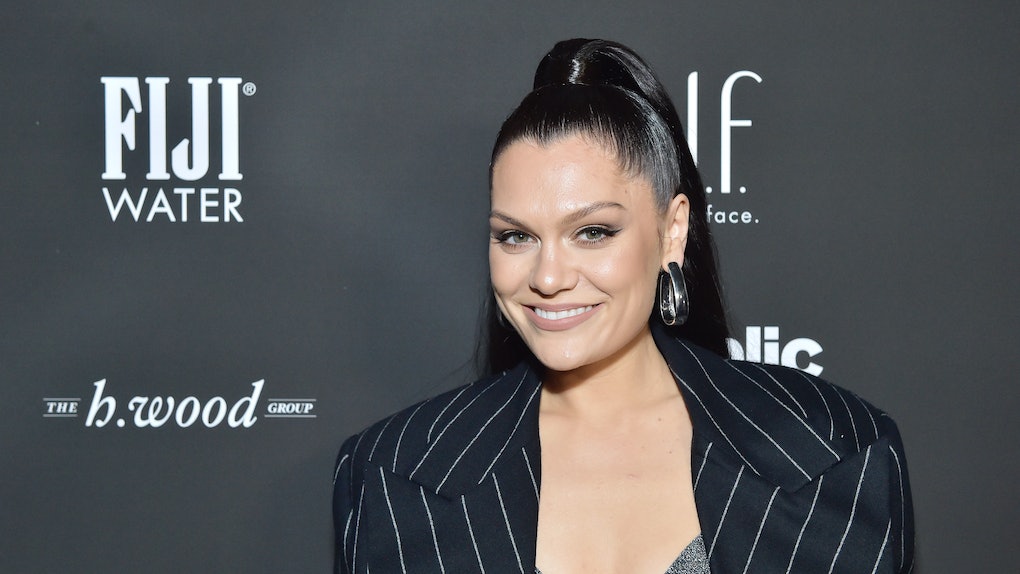 Big news!! According to her Feb. 29 Instagram post, Jessie J is dating Max Pham Nguyen. Why did she choose to make their relationship Instagram official, you ask? Well, because, the Daily Mail shared some pictures of them out on a lunch date in Los Angeles and the pictures were, um, not her favorite.

So, Jessie hilariously decided to take matters into her own hands by giving tabloids some more preferable couple shots to work with next time they want to report on her and Max. "A story was posted today (Scroll to picture 7) The article was actually sweet. BUT...THE PICS?! Yoooooo!!! 😂😂😂😂😭😭😭😭," she wrote. "Got me looking like an old man who owns a boat, basically Lord Farquards Dad growing out an old hair cut. 😂😩Meanwhile @max__pham was REALLY trying my salad that I loaded onto my fork. 😩😂So...Max and I thought you guys deserved some better picture options. Saving you hiding in cars and bushes."

From there, she kindly outlined the different photo options she included in her carousel:

"Because... NO," she concluded alongside four crying laughing emojis. "But we did laugh A LOT!" OK, now here's where things get juicy. At the very end of the long caption, Jessie noted: "Ps. He isn’t my male pal." The note was likely a direct reference to the first line of the Daily Mail article which claimed, "Jessie J appeared in good spirits on Saturday as she enjoyed an outdoor lunch date with a male pal in Los Angeles, California." Sounds pretty official to me!

Jessie's new relationship announcement comes almost a year after multiple news outlets claimed she and Channing Tatum had reportedly ended their on-again/off-again relationship. Like Channing, Max is a professional dancer. According to his bio on the Bloc agency website:

Max Pham Nguyen is a self-taught funk styles dancer/choreographer from Boise, Idaho. Max has recently finished touring as a dancer for Ariana Grande on her debut “The Honeymoon Tour”. He has also worked with the likes of Cody Simpson, Olly Murs, Jesse McCartney, Mat Kearny, etc. With appearances on Dancing With The Stars, The Grammys, NBA All Star Game 2015, The Today Show and many more. Max has a strong passion for sharing and loves to teach and spread knowledge to all students willing to learn and grow.

Love this for her!