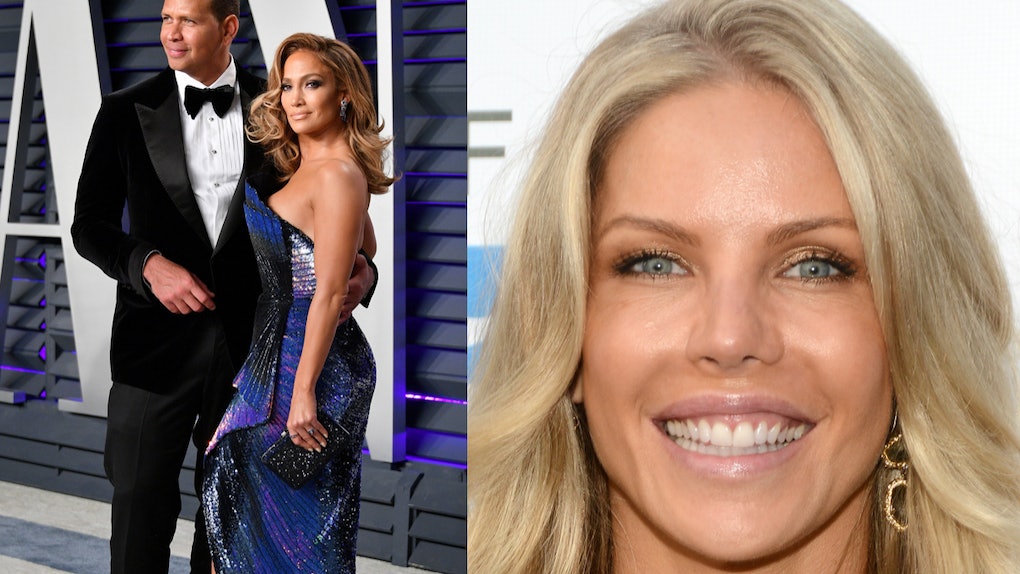 Jessica Canseco's Response To Allegations She Cheated With Alex Rodriguez

If you were worried about the state of J. Lo and A-Rod's relationship after former baseball player Jose Canseco accused the athlete of cheating on his new fiancée with — wait for it — Canseco's own ex-wife, it's time to exhale. After her ex went on an epic Twitter rant calling her out for allegedly cheating, Jessica Canseco's response to allegations she cheated with Alex Rodriguez put any doubts you had right to rest.

In case you need a refresher, Jose tweeted:

“Watching World of Dance watching J.Lo text Alex Rodriguez little does she know that he is cheating on her with my ex-wife Jessica poor girl she has no idea who he really is ... I was there a few months back with her when he called her on her phone ... Alex Rodriguez stop being a piece of sh*t stop cheating on Jennifer Lopez."

Finally, just when you thought things couldn't get any stranger, Canseco decided to challenge A-Rod to a physical fight. "Alex Rodriguez I challenge you to a boxing match or an MMA match anytime you want." A normal thing to say to a newly engaged man, right?

Then, Canseco offered to prove the veracity of his claims. "I am willing to take a polygraph to prove that what I'm saying about Alex Rodriguez is 100% accurate," he tweeted.

But Jessica is not phased by her ex's serious allegations. In fact, she went so far as calling his accusations "false" in her own tweet. Oh, and she also told him to go play "with his Alien friends."

Here's what she wrote:

Those false accusations Jose is making are not true!I have known Alex for many years and haven’t even seen him for over 5. I certainly did not sleep with him. I am friendly with both him and Jennifer. As for Jose he can keep playing with his Alien friends

This rollercoaster all began when Lopez and Rodriguez announced their engagement this past Saturday (March 9, 2019) with a picture of him holding her ring-clad hand on the beach during sunset.

And yes, the ring is just as massive as it looks. According to Us Weekly, the ring is reportedly 15 carats and estimated to be worth $1.4 million.

Even before they got engaged, the couple has been extremely vocal about how in love they are.

"I think we’re both in a good place in our lives,” Lopez, 49, told the hosts of the Cubby and Carolina in the Morning radio show this past summer. “And I think maybe if we would have met in our 20s, maybe not so much… we were both… we’re too crazy. But now at this point in our lives where we both have kids, we both have accomplished certain things in our careers and we’re kinda in that second act of our lives, we really complement each other. It’s like, where I need help, he’s really strong and where he needs help I’m really strong."