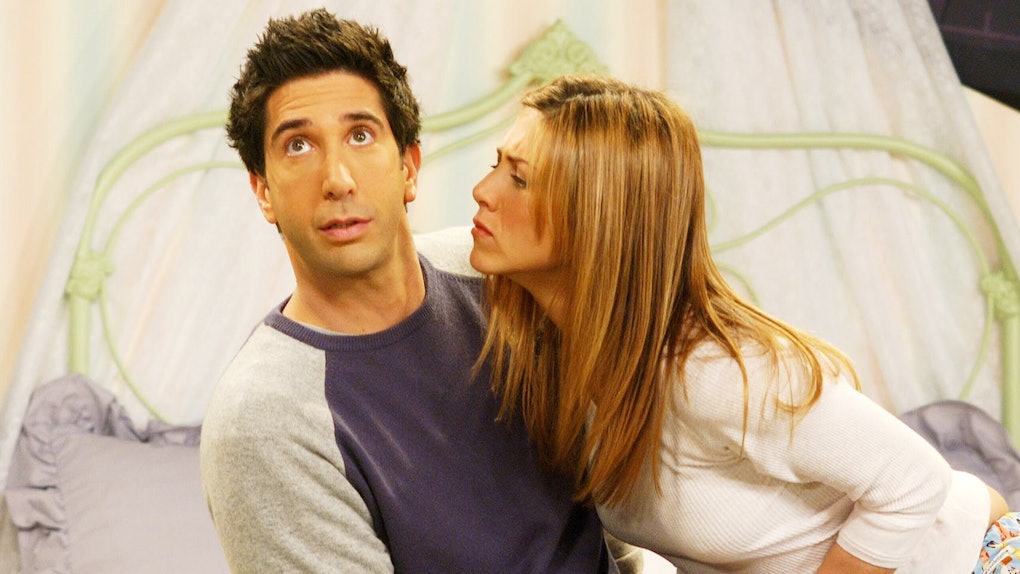 Aniston opened up about her iconic character's future during an appearance on The Today Show alongside Adam Sandler. The two were on the show promoting their new Netflix movie, Murder Mystery, when the host, Natalie Morales, asked Aniston whether or not she thinks Ross and Rachel would still be together in 2019.

“Yes,” she replied with total and complete confidence. “Absolutely.”

Aniston also opened up about what the character's daughter, Emma, would be up to nowadays. “Emma’s grown up,” she said. “High school? Yeah, she's in high school. Let's say junior high.”

At this point, Sandler chimed in to joke that, “She’s vaping in high school and you’re just looking the other way.”

TBH, I could totally see Rachel doing that. And Monica giving her a talking to for trying to be Emma's friend; not her mom. Then Phoebe (who lives in Rachel and Ross' garage) would chime in to say it's classic Rachel being a people pleaser. Then they'd have a little #TBT moment thinking about the time Phoebe called Rachel a "people-pleaser" and Monica "high maintenance" and they were both so mad, but now they can laugh about it because so much time has passed and they've accepted who they are. Except Monica totally hasn't and she spends the rest of the episode trying to prove, once again, that she's not high maintenance. The episode would obvi just be called "The One Where Emma Juuls."

For those of you who aren't diehard Friends fans like myself (see above paragraph), let me give you a little refresher on why Ross and Rachel's future together was so up in the air. Ross and Rachel had pretty much the most iconic and stressful on again/off again relationship in television history.

Ross has been in love with Rachel since high school, when she was just his little sister's hot best friend who didn't give him the time of day. When Rachel moved into the city and reconnected with Monica (Ross' sister), she worked her way back into Ross' life and he fell back in love with her.

It was a long and annoying road to get there, but the two finally admitted that they both had feelings for each other and started dating. Then Ross was too jealous and Rachel said she wanted a break so Ross rebounded with another woman and Rachel found out and dumped him for being a cheater. Ross didn't think he cheated because they were on a break. Rachel thinks he cheated. This has always been a huge point of contention.

After the whole "break" debacle, things never fully went back to normal for the two of them. They never fully started a relationship again but they never fully stopped having feelings for each other, either. In one episode they drunkenly decided to get married in Vegas (then Ross conveniently failed to tell Rachel that he never filed for divorce). In another episode, Rachel finds out she's pregnant from a one night stand she had with... you guessed it: Ross' baby. That's how they have Emma and their lives get intertwined again.

There are a lot more bumps and maybe-they'll-get back-togethers along the way, but on the last episode they finally decide to buck up and do the damn thing. They officially get back together, Ross obvi makes a classic joke about "the break" and they make out.

For any other TV couple, that ending would be enough to convince fans that they would be together forever. But, given their tumultuous history, it's fair to be a little skeptical. Aniston's faith that they'd still be together is very reassuring.