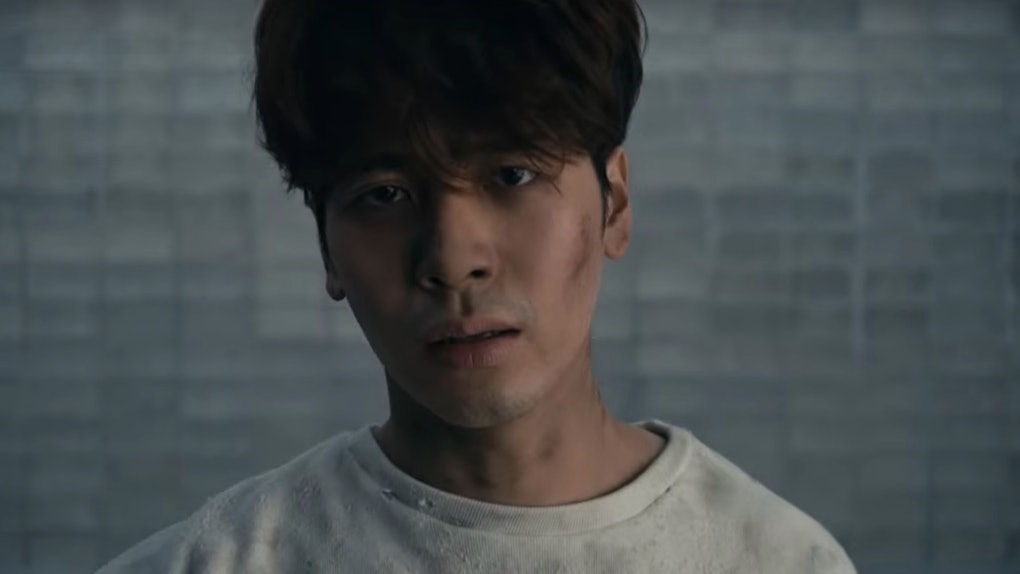 Jackson Wang's "Bullet To The Heart" Music Video Is So Intense

Ahh! I can't believe the day is finally here, but Jackson Wang has officially released his new single "Bullet To The Heart," along with its accompanying music video. The song is so different than anything Wang has released before and the music video is equally as captivating. It's short (it runs just under three minutes), but trust me, your eyes will be glued to every second of Jackson Wang's "Bullet To The Heart" music video, because it's super intense.

The video shows Wang struggling in a straight jacket as he's flung around the room by a mysterious women in a black veil. I admit, I don't know exactly what's going on in the video (does black veil lady have super powers? Because it seems like she has super powers), but all I know is the video is amazing and you need to drop everything you're doing right now and go watch it.

Wang released the music video on Sept. 24, after just announcing it days before on Sept. 20. Wang teased the release by posting some cryptic pictures and videos that showed him in a straight jacket. Underneath those posts, Wang posted a countdown to Sept. 24 that teased the release of "Bullet To The Heart." Fans didn't know if that meant Wang was releasing a new single or album, but his hashtags in his posts said it all. (He literally said, "#thisisthefirstsong," LOL.)

Wang has been posting teasers every day since he first announced "Bullet To The Heart" on Sept. 20, and now fans are so happy that they have the song and music video together on the same day.

You can watch the music video for "Bullet To The Heart" below.

That was intense, right? If you're wondering what the song is about, Wang explained that it can actually have a few different meanings.

This is what Wang had to say about his new song in a press release:

Listeners might analyze the song as a love story. It is, but it’s also applicable to much more than romantic love. We always face different obstacles in life. No matter how successful you are, hardships are still going to keep coming like an endless cycle; they will keep torturing you on this journey to success. A perspective that I am trying to portray is that when your passion and dedication to something are so strong, they can hold a large amount of power over you! So powerful that you are willing to repeat this endless cycle, willing to accept the torture. I believe we are able to endure and accomplish anything because love overcomes everything.

I personally think that's a beautiful message and definitely one anyone can relate to. It definitely seems that Wang's fans are loving the song and music video because they haven't stopped gushing about them since they were released.

Shortly after the video's release, fans trended #BULLETTOTHEHEART to celebrate.

HERE'S HOW FANS REACTED TO "BULLET TO THE HEART":

This is all so exciting and the best part is that it's just the beginning for Jackson Wang. Hours before the song's release, Wang announced on Instagram that fans can expect another single in October and Wang's first full-length solo album, which is called Mirrors.

Before "Bullet To The Heart" dropped, Wang told fans, "5 and a half hours left. Bullet to the heart. And one more single to come in OCT & the full album 'MIRRORS.'"

You can read it for yourself in the comments section underneath his post below.

I can't wait! Wang has released bop after bop while with GOT7, so it will be so exciting to see what he has in store for his first bonafide solo album!