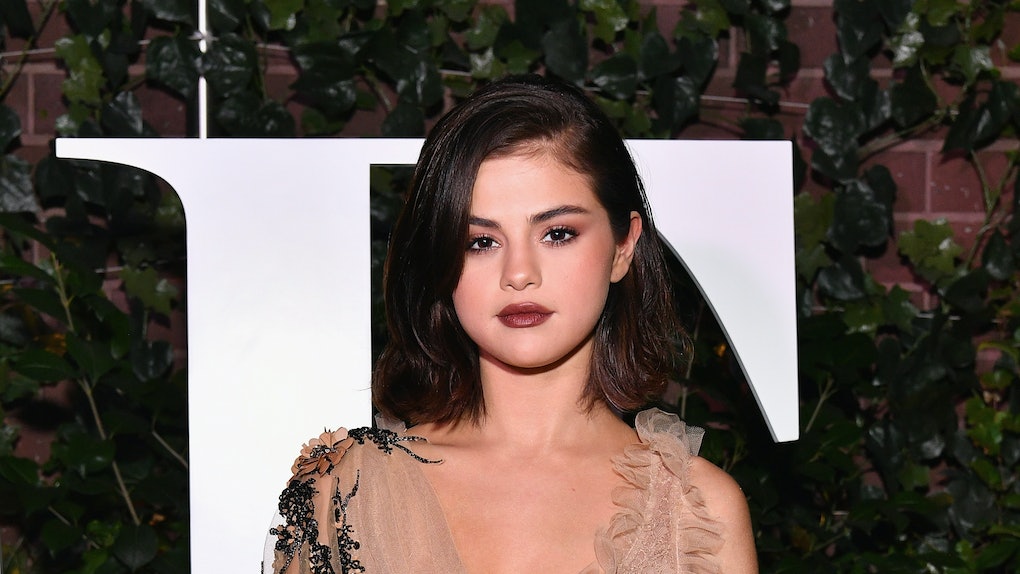 Is "Wolves" About Justin Bieber? Selena Gomez's New Song Could Be About Her Ex

Selena Gomez’s new song “Wolves” is here and there are already a ton of theories about who it’s all about. While many believed that “Wolves” is about her boyfriend, The Weeknd, there are also some saying that the lyrics may be about her famous ex. Is "Wolves" about Justin Bieber? Is there any truth to this rumor?

Let’s check it out.

Kicking it off with the lyrics, they’re definitely a romantic vibe. Could it be Bieber-related?

Break down these walls and come on in

In an interview with Zane Lowe, Gomez dished on how the song came together, explaining:

This was a song that I heard in Japan for the first time and I was talking to Andrew Watt who is one of the writers who I’ve worked with for years ... and he actually just played a rough version and I thought it was really beautiful. He sent it to Marshmello and we ended up talking and created a really cool tone and a story with it and he's incredible ... It just worked well, I think I like collaborating with people where it just works. Whatever happens with it, I want it to be great, I want people to like it and just enjoy it. That's all I've ever wanted it to be. The song is very beautiful and personal and the lyrics just have, you know, a whole story of its own... weirdly at the same time I was working on it in Japan I was going through stuff too, so it’s mirrored everything.

It seems everyone has Bieber and Gomez on the mind, with some old school Jelena vibes popping up in a new report that they’re hanging out again. TMZ reported that Bieber was seen at Gomez’s home in Studio City for a get together with friends on Oct. 22, with photos detailing Gomez arriving at her house, followed by Bieber’s car coming 10 minutes later. Another photo possibly shows the exes together, but it’s unclear if it’s actually Bieber.

Their renewed friendship stirred up some debate on Twitter, with one fan noting: “omg couldn't selena be more obvious? hanging out with justin which is just a ploy to promote her new song which she has done so many times b4.”

Another person responded: “Yeah? And where was jb when IAM was released? U are so DELUSIONAL if u think that selena needs Justin. She is doing fine by herself.”

Another fan questioned: "Beliebers now think Selena was reunited with Justin because of Wolves?? Lmfao they’re so problematic and delusional."

Whether or not the lyrics have anything to do with Bieber, one fan put it into better perspective: “so wolves is a masterpiece and selena sounds like a goddess. justin has finished his next album. stan life is very good."

Do you think that "Wolves" has anything to do with Bieber?