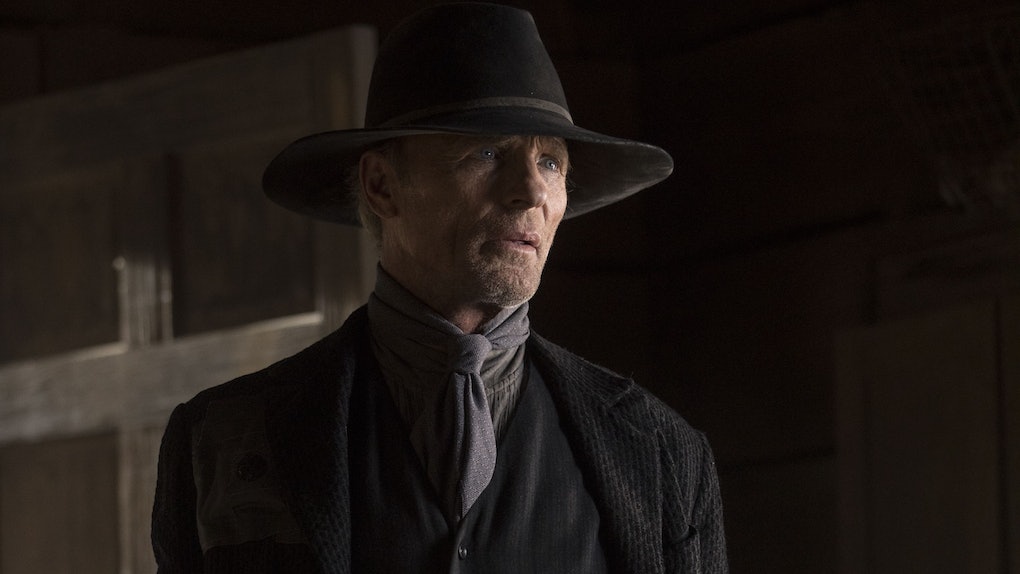 Is The Man In Black Dead On ‘Westworld’? His Chances Of Survival Seem Slim

This week's episode of Westworld surprised viewers by finally having a pair of characters meet who had a history together but have never seen each other in the present timeline. Since meeting Maeve at the Mariposa, she's been too involved in dying for upgrades and then her quest for her daughter to interact much with guests. And William, the Man in Black, has been too focused on his games to make house calls. So when the two of them finally found themselves face to face, it was Maeve's moment of revenge. Is the Man In Black dead on Westworld? Because Maeve sure did a number on him by the episode was over. Warning: Spoilers for Westworld Season 2 follow.

One of the harder parts of Westworld is getting a sense of where parts of the park are relative to each other. One can sort of guess at the major areas: The labs at the Mesa are to the east edge of the park, the Valley Beyond is all the way to the west side. The beach where Bernard gets found is the southern edge of the island, Shogun World is due north.

But when characters shortcut through the underground passages, it throws off time and distance. When Maeve first revealed her plan to find her child, Lee has suggested the homesteaders were off to the side, further west than some other parts of the park. But even with this information, I was surprised to realize William and company had just ridden into the same homestead area where Maeve had come to get her daughter last week.

It was a repeat of their first meeting, with Maeve and her daughter huddled the house to escape the Ghost Nation riders, as the Man in Black marched in, just like last time.

It was too big a coincidence for William to shake. He genuinely seems to believe the entire park is working against him, and Ford is throwing everything in his path to distract him. This was merely another host under his influence.

Viewers, of course, knew differently. Maeve is under no one's influence, and more importantly, the hosts who rode with William were far more likely to listen to her wordless commands than him yelling at them. William has spent decades in the park, and despite it always being rigged for him to win, he's a well-trained competitor. But even he wasn't expecting take bullets at point blank range, starting with Maeve shooting him three times in the chest.

Once outside, Maeve grabbed the upperhand. One by one, she sicced William's men on him, and one by one he fought back, each time taking bullets, until he was bleeding heavily.

The coup de grace was when Maeve discovered she couldn't turn Lawrence against William by command. He was too awake for that. So instead she simply asked Lawrence to go back through his memories and recall all the times the Man in Black abused him. There's plenty of footage from Season 1 alone, as viewers will recall. Lawrence recalled it too. When he attacked William with intent to kill, it was all the sweeter for Maeve, because Lawrence was doing it of his own free will.

But then the sound of machine guns rang out, as the help Lee so foolishly called for last week turned up. Worse, Maeve was gunned down by the humans. Lee, to his credit, freaked, screaming at the team to put her in the buggy and demanding they take her back to the lab for repair immediately.

The buggy drives off. In the dust, screams, and confusion, William lies unnoticed on the ground, bleeding out, as the help which might have patched him up drives away.

Is this the end of the Man In Black? There are still three more episodes to go this season. Will the Ghost Nation return and rescue him?