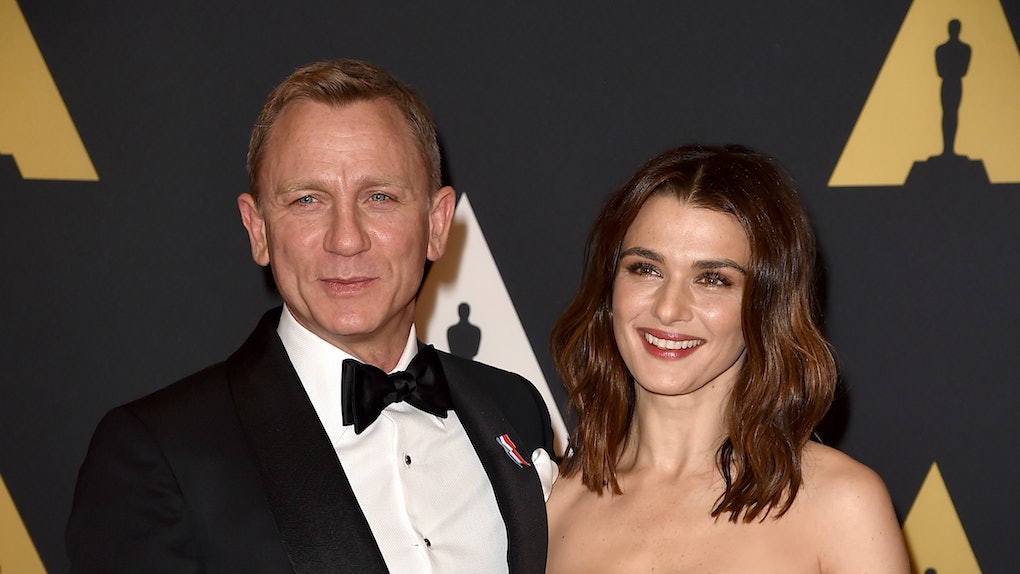 Is Rachel Weisz Single? Daniel Craig & Her Have A Long Romantic History

When thinking of Hollywood, one could certainly think of the undeniable glitz and glamour that tinsel town holds. With its wild parties, lavish clothes and accessories, and the ability to be whoever (or whatever) you want to be, Hollywood is a place like no other. But one undeniable fact of Hollywood is that it isn't a place where relationships typically last. Numerous celebrity couples who call Hollywood home have eventually called it quits but some couples have defied the odds and have lasted the test of time, finding a way to make their relationship work. With awards season in full swing and numerous celebrities in the spotlight, many can't help but now wonder who's single and who's not and with The Favourite generating a ton of buzz, many may be wondering, is Rachel Weisz single?

The answer? No. The British actress, who is currently nominated for Best Supporting Actress at the 2019 Academy Awards, has been married to fellow actor Daniel Craig since June 2011 and together they have defied the Hollywood relationship "curse," even recently welcoming a daughter together last year. Craig, who is best known for his portrayal of the fictional British Secret Service agent James Bond, has reportedly been friends with Weisz for years. In a Marie Claire UK interview Weisz gave in September of 2012, she stated, "we'd been friends for ages," when asked if it was love at first sight between her and Craig.

Rumors of a possible romance began back in 2010 when Weisz and Craig costarred as a married couple in the Universal Pictures thriller Dream House due to their onscreen and offscreen chemistry, along with some paparazzi photographs that linked the two together. Later, in November of that same year, Weisz announced she would be separating from her then fiancé, director Darren Aronofsky, with whom she was with for nine years prior.

Representatives for the two released a joint statement sharing that they had been separated for some time before and that "they remain close friends and are committed to raising their son together in NYC.”

Craig and Weisz then began dating in December of 2010 before intimately tying the knot in a private ceremony in New York City in June 2011 that was attended by only four guests: Weisz's 4-year-old son Henry, Craig's 18-year-old daughter Ella, and two friends who served as witnesses. In a 2015 interview with GQ, Craig talked about the wedding and revealed, "We did it privately and we've got a lot of people to thank for that. But that was the point; we did it for private reasons. The whole point is that it was a secret. A secret is a secret."

In an interview with The Evening Standard Magazine, Weisz revealed that she never planned on marrying the James Bond star. "It was not an ambition of mine," she shared. "It was the opposite. I couldn’t relate to romantic comedies — marriage seems to be the whole point of them. Then it just happened, happily, at a more mature moment.”

Whether or not Weisz and Craig's relationship will withhold the tainted history of Hollywood is still to be seen, but with a new baby in their lives and the potential for some celebrations to take place after awards season, there sure is a lot for the happy and private couple to look forward to.

More like this
Are Olivia Lux & Utica Dating After 'Drag Race'? Olivia Gave An Update
By Dylan Kickham
Why Did Jennifer Lopez & Alex Rodriguez Break Up? She Dropped A Hint On Instagram
By Candice Jalili
Zoë Kravitz's Instagram With Taylour Paige Shows Them Looking So Happy Together
By Candice Jalili
Stay up to date