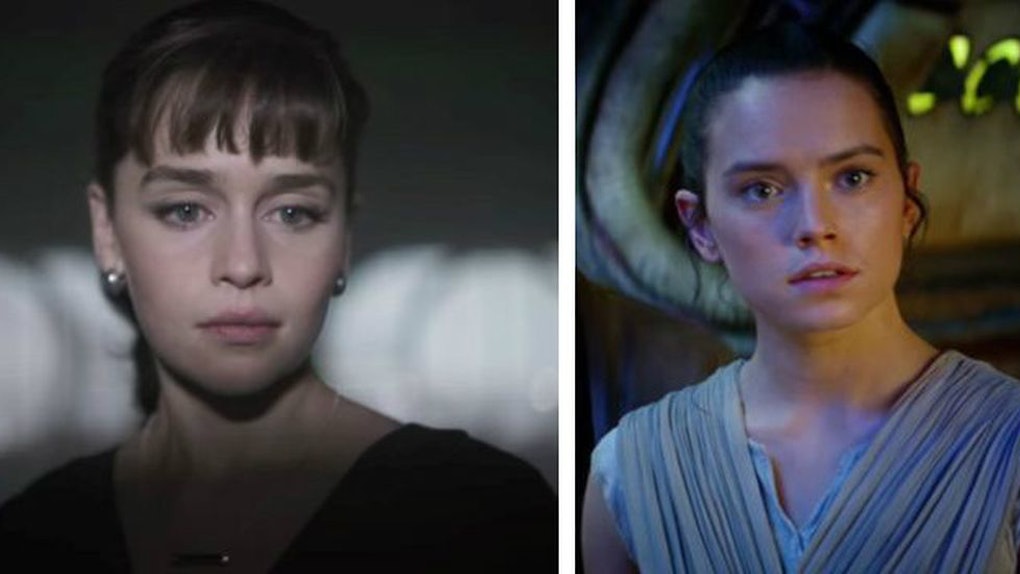 Is Qi’ra Rey’s Mother? This 'Star Wars' Theory Has Fans Freaking Out

Solo: A Star Wars Story surprised audiences when it arrived by not being as standalone a film as originally anticipated. Much like Rogue One, which had the big ending twist of leading directly into the events at the beginning of A New Hope, Solo tied in not only to the future events in Rogue One, but also to the past events of the Star Wars prequels, marking the first time a Disney-Lucasfilm production has done so. But could it tie in even further? Is Qi’ra Rey’s mother? Warning: Spoilers for Solo: A Star Wars Story follow.

Solo's ending shocked audiences when it revealed that Enfys Nest was not a bad guy, but a young woman leading a band of proto-rebels, desperate to keep the coaxium hyperspace fuel out of the hands of the Empire. Furthermore, it turns out Han's decision to side with Nest, bringing her the coaxium at the end of the film, is the spark that begins the original rebellion. The hyperspace fuel will help run both their ships and their coffers to begin a takedown that will eventually sweep Han and Chewie into the adventure a decade on.

Meanwhile, back on the Crimson Dawn's ship, Qi'ra has dialed the gang's boss to declare herself the new leader. Much to the audience's surprise, the man she answers to turns out to be none other than Darth Maul, who hasn't been seen on the big screen since The Phantom Menace. (He's been going strong on Star Wars: The Clone Wars and Star Wars: Rebels on the small screen for nearly a decade though.)

But fans believe Qi'ra may tie in even further to the story of Star Wars. For those who are still unsatisfied that Rey's parents were declared by Kylo Ren to have been "nobodies," Qi'ra presents an interesting opportunity. What is *she* was that nobody mother of Rey's who abandoned an inconvenient child?

The evidence cited for this is slim at best, and basically rides on: "Well, they look alike." That's cute, but have you seen the women of Star Wars?

George Lucas had a type: White, Brunette, Big-Eyed, and Usually British. Since taking over, Disney has faithfully stuck to that type, to the point where it's actually just a little ridiculous.

Seriously, all these ladies could easily be related to this one:

The other reasoning that Qi'ra could somehow be Rey's mother comes from the name. Lawrence Kasdan, the writer of Solo, was actually hired for the project prior to the selling of Lucasfilm to Disney. When that happened, the script for Episode VII, which Lucas was already working on, got transferred to J.J. Abrams, who then asked Kasdan to help with rewrites.

In Lucas' version of the script, Rey's name was "Kira," and remained so for many drafts of the script, before finally be changed to Rey. So when Kasdan then went back to the Solo project, he named his female character Qi'ra, using the name that Lucas had originally had an affinity towards, and perhaps as a small homage to the original creator's vision as well.

Could the name homage also be a hint that Qi'ra and Rey are related? It's highly doubtful. Let's do a little math, shall we?

The main events of Solo take place in 9 BBY. We know this because Chewie's age dates it so. Assuming the two are the same age, Qi'ra and Han are both around 20-21 years old. (Hans' birthday is estimated to be around 29 BBY.) The events of A New Hope take place 9 years later, making them both 29-30 years old in year 0 ABY. Return of the Jedi is four years later in 4 ABY. Qi'ra would be 34 years old.

Then there's a huge time jump to The Force Awakens which takes place in 34 ABY. In it, Rey is 19 years old, meaning she was born in 15 ABY when Qi'ra was around the age of 45. Now that's not impossible, but it's highly unlikely. It's one thing for Han to be having kids at age 45, he's a dude. But women are considered to be geriatric pregnancies at anything over 35. Do we really think Qi'ra is having babies that late?

As I said, it's highly doubtful, but it is a slim possibility. And for fans who cannot let go of Rey's parentage, as long as that remains true, the theory remains alive.

More like this
These Throwback Jennifer Lopez Movies Are Such A Blast From The Past
By Ani Bundel
7 Movies About Graduation To Prepare Yourself For The Cry-Fest
By Claire Spellberg
The 'Cruel Summer' Season 1, Episode 5 Promo May Hint At That Mirror Theory
By Rachel Varina
Stay up to date