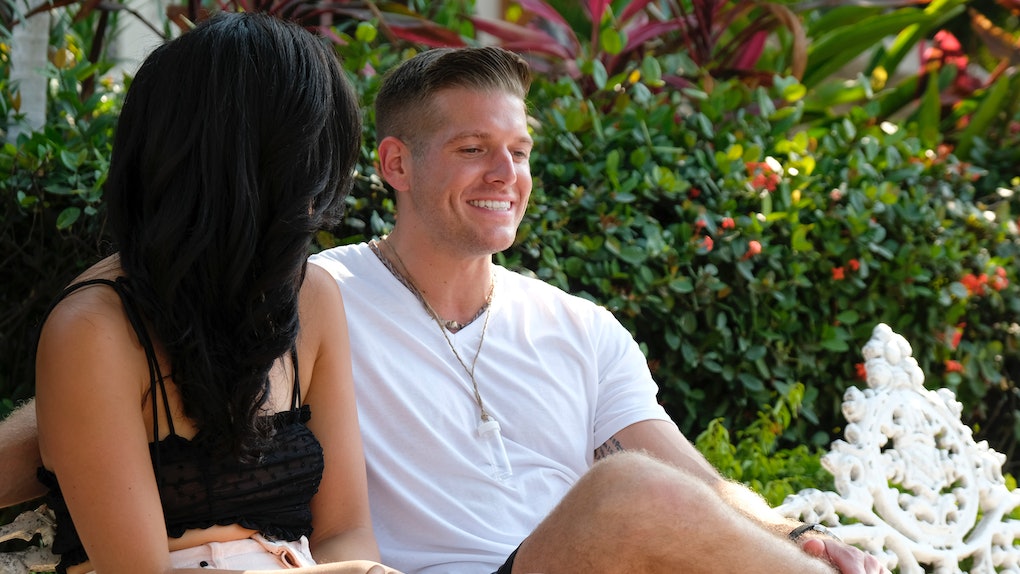 Is Matt Donald Single After 'Bachelor In Paradise'? He Didn't Find Love On The Beach

Matt Donald was a late addition to Bachelor in Paradise Season 6, but he made quite a splash as soon as he arrived at the resort. He hit it off with not just one, but two of the women in Paradise, so he definitely had some dating options. Despite those connections, though, he ended this season without an engagement, leaving fans wondering: Is Matt Donald single after Bachelor in Paradise? His post-Paradise life is raising lots of questions.

When Matt first arrived in Paradise, he had his sights set on Sydney Lotuaco. The two of them went on a double date with Luke Stone and Kristina Schulman. Though they hit it off, Matt didn't immediately make any physical moves, saying he doesn't like to kiss on the first date and expressing concern about his family seeing him make out with someone when they watched the show. Eventually, Matt and Sydney finally locked lips, and the Bachelor producers made an over-the-top montage to celebrate the moment.

However, Matt's relationship with Sydney seemed to fizzle once Bri Barnes arrived on the beach and asked him to go on a one-on-one date with her. Not only did he not seem to have the same qualms about kissing Bri on the first date, but he also seemed pretty into her for the rest of their time in Paradise.

After Chris Harrison cancelled the final cocktail party of Paradise, Matt felt conflicted. He said that he was torn about Sydney and Bri, and was hoping to use that time to get to know them both better. As he weighed his options ahead of the ceremony, he said he could talk to Sydney about anything, but he loved Bri's supermodel looks. Sounds like a tough decision, I guess.

Matt made it clear Bri was the one for him when he gave her his rose during the show's rose ceremony. However, Bri wasn't quite as sure, and she told Matt she didn't want to proceed to the overnight dates with him. That meant Matt left Paradise all alone.

Since leaving the show, Matt raised some eyebrows in Bachelor Nation when he posted a wedding Instagram, leaving fans to wonder if Matt had jumped right down the aisle as soon as he left the resort. It turns out, though, Matt was simply modeling some wedding wear. In the caption, he thanked his fellow model "for getting me out of my comfort zone and being my fake bride for the day." But will Matt hear any real wedding bells any time soon?

Even though they broke up in Paradise, Matt and Sydney have been in contact on social media since the season ended. During the episode highlighting their first kiss, they tweeted at each other about the funny moment.

Sydney and Matt have also had some banter back and forth about their other shared experiences on Bachelor in Paradise.

Matt and Sydney's exchanges online could just be an example of exes staying in touch even after they broke up. Or, they could be small signals they're rekindling their connection. Either way, Sydney recently moved from New York to Matt's home state of California, which is a promising sign for any Matt-Sydney shippers out there. Sydney now lives in Los Angeles and Matt lives in Los Gatos, so they're definitely not next-door neighbors, but it might be a whole lot easier for them to meet up if they ever want to practice kissing again.