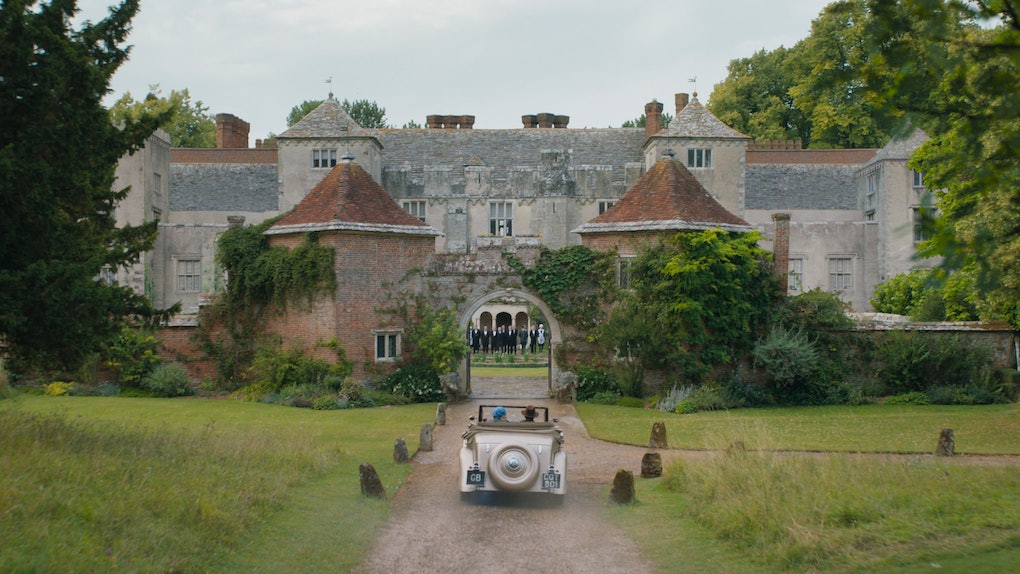 Is Manderley From ‘Rebecca' A Real Place? It's A Literary Staple

The story of Rebecca has five main characters: three humans, one ghost, and one house. Like Downton Abbey, Manderley is as much a character as any of the cast, dominating the lives of those who live inside it. The estate consumes Maxim De Winter; it's a place he was born to, but now no longer feels like home in. To the housekeeper, Mrs. Danvers, Manderley is a house that belongs to her and her late mistress. But is Manderley from Rebecca a real place? Like Downton, it's a fictionalized creation.

Warning: Spoilers for Netflix's Rebecca follow, plus a few from the novel. Author Daphne du Maurier treats the place of Manderley as a vision. It's an Eden, albeit one with a ghost who echoes through the halls. For Maxim, it's both a blessing and a burden. Manderley gives him a place and a sense of purpose; he is the caretaker to pass along the estate to the next generation. But it's also a curse, as Rebecca took over the place with her force of personality and now holds it hostage via Mrs. Danvers.

Considering the house's importance, du Maurier based it in a place she knew in real life. It is called Menabilly, a grand estate in Cornwall, in the southwest of England. Du Maurier grew up in Cornwall and discovered the abandoned estate as a teen. Even before writing Rebecca, she was highly interested in the house; she ultimately wound up buying it when she became rich and famous, restoring it to its former glory and living there for two decades.

Despite Menabilly still standing today, the Netflix film does not use the house for this new adaptation of Manderley. Instead, the honors went to a couple of other grand estates regularly used as filming locations for period pieces like this one, including Hatfield House and Cranborne Manor.

Hatfield House is a Jacobean house from the early 1600s. Currently owned by the 7th Marquess of Salisbury, it's been used in films since the mid-1980s. It stood in for Wayne Manor in the 1989 Batman and the sequel, Batman Returns. Parts of it can also be seen in such hit movies as Robert Downey Jr.'s Sherlock Holmes, the 2018 Oscar-winning film The Favourite, and the recent Netflix hit Enola Holmes.

Cranborne Manor is in Dorset in southern England, one of the wealthiest parts of the country. It's also used in films, including the British classic Tom Jones.

As for that opening scene when Rebecca and Maxim arrive home, that's the outside of Mapperton House, with a bunch of CGI foliage growing over it. Owned by the Earl of Sandwich, it's another fine example of Jacobean architecture and makes for a stunning first impression.

All three estates are open for tourists to visit during the summer months, so even though it will take a couple of stops, you can not only dream of Manderley, but see it too.