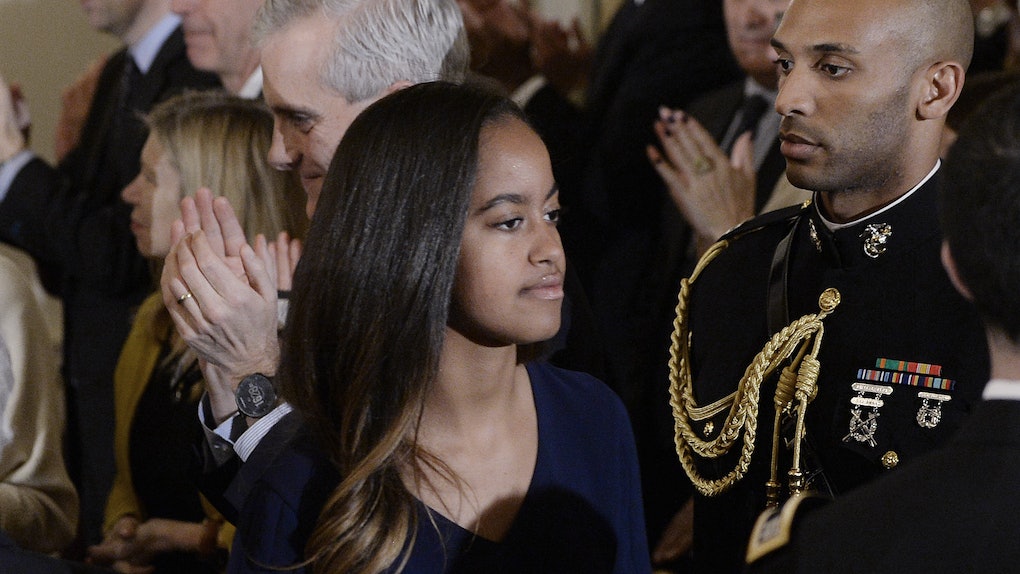 Is Malia Obama Living In A Dorm At Harvard? She's Kept Things Down-To-Earth

Although she and her family have been out of the White House for some time now, Malia Obama is still very much on my radar. These days, the first daughter is living life in Massachusetts, where she attends the prestigious Harvard University. Now that she's miles away from her family, you might be wondering whether she's living the life of a true undergraduate student — specifically, if Malia Obama is living in a dorm at Harvard. If so, here's a bit on what her college life has been like.

In recent days, Obama's little sister Sasha Obama graduated high school, marching across that stage on June 9 to join her big sis in that college kid life. While we don't know much about the younger Obama sister's college plans yet, after two years at school, big sis' arrangements are a little more set in stone. Obama's living situation for the 2018 to 2019 school year is unclear, but she has lived in a dorm before. According to The Daily Mail, she was spotted moving into a dormitory at Harvard University in August 2017, accompanied by both her parents, after taking a gap year in 2016. While it's unclear whether she moved into a dorm with a roommate, the outlet notes that she quickly got to know and made friends with her fellow residents.

Has she gone on to live with her newfound friends? Who knows. Elite Daily reached out to representatives for the Obamas for comment on Malia's living situation, but did not hear back by the time of publication. But college seems to be a blast either way.

She's reportedly got a boyfriend, for one. He's a British rugby-playing guy named Rory Farquharson who is from a wealthy family, per Business Insider. The fling between the two was first reported in the fall of 2017, when they were spotted together at a sports game. Ever since, the two have been photographed enjoying each other's company on multiple occasions, like when they went shopping in Soho in January 2018 and strolling the streets of London in August of 2018. Elite Daily reached out to representatives for Obama for comment on her reported relationship with Farquharson, but did not hear back by the time of publication.

Obama is also part of a pretty historic class at at Harvard. USA Today reports that the class of 2021 is "the most diverse class yet, with a majority of students falling under minority labels." The report adds that the majority of students are Asian American, Hispanic or Latino, African American, and Native American or Pacific Islander. A spokesperson for the school told the BBC that the university, which has come under fire for its lack of diversity in the past, is "committed to enrolling diverse classes of students."

And that class includes one very familiar face. Yara Shahidi, the rising star of ABC's Blackish and its spinoff Grownish, attends Harvard as well. See, there are endless options for Obama's potential roommate.

Maybe we just don't hear about Obama's college life because first lady Michelle Obama reportedly once told her to keep things on the low — specifically not to "end up on Page Six," according to the news outlet. Representatives for the Obamas did not immediately return Elite Daily's request for comment.

It's a good thing her parents at least share cute details about her life every now and again. That's better than nothing, right?