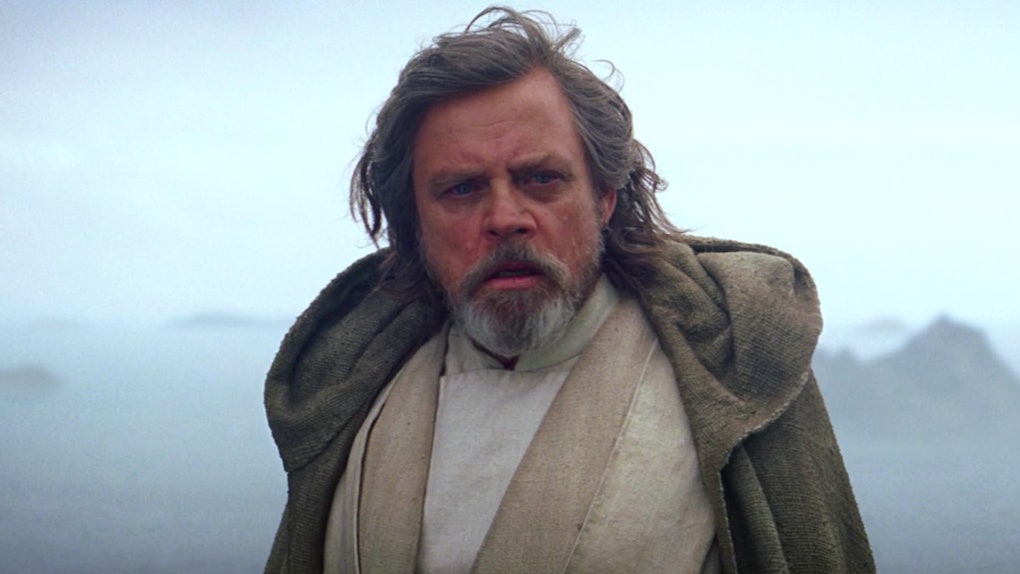 Is Luke In 'Star Wars: Episode IX'? All Signs Point To Yes

We're still days out from the release of Star Wars: The Last Jedi, aka Episode VIII. Yet, people are already asking about the final installment, which won't be arriving until December of 2019. What do we know about it? What are J.J. Abrams' plans for it? Will Rey turn to the Dark Side for the final film? And, most importantly, with Han Solo killed off in Episode VI and Carrie Fisher having passed away, is Luke in Star Wars: Episode IX?

Questions like this are hard to answer, partly because we haven't seen Episode VIII yet. We don't know if the rumors of Luke actually being the villain of this movie are true. We don't know if the rumors that Rey wil join with Kylo Ren and turn to the Dark Side are true. Heck, we don't even know Rey's damn last name yet. So, it's really hard to speculate about Star Wars: Episode IX without having seen the installment that will directly precede it.

Then, there's the change in directors that happened back in September. This might not seem like that big of a deal. It happened when the final installment was still months away from pre-production, let alone filming. It's not like the Solo standalone, where the directors were fired with only five weeks left of filming to go.

But the problem is that, especially right after Carrie Fisher passed last year, Colin Trevorrow (the original director of Episode IX) did a lot of talking about who would and would not be in the final film. Most of the articles you find if you google "Will Luke Be in Episode IX" are dated 2016 or early 2017 and consist of Trevorrow talking about what his script will and won't include.

There's just one problem: it won't be Trevorrow's script. That went out the window when he was let go from the production. J.J. Abrams, the new director, will be rewriting the entire thing from scratch.

Now, we know that Abrams is planning to do himself one better by taking on the final installment. Speaking to CinemaBlend, Abrams said that it's why he accepted the job.

To tell the last chapter of their story, it felt like there was a chance to do it in a way where we could go beyond, and do better than we did in VII.

He also wanted to be the one to give the final chapter to the characters he started.

I learned so much in that movie and I saw that this was a chance to sort of realize something that we hadn't quite achieved -- and part of that was it was simply the beginning of these new characters and their story. The opportunity to sort of take what we had learned, to take the feeling of who these characters are and what they are and give them a final chapter that felt in the spirit of what we begun? It was too delicious of an opportunity to pass up.

But that's a little concerning to those of us who want to know about Luke's fate. Episode VII, which was Abrams' movie, basically didn't include Luke at all. He simply arrived in the final frame.

If Abrams wants to focus on the new characters he created (especially with two out of three of the original cast gone), it seems likely that Luke might find himself shunted off to the side, or worse, killed off early.

Still, Luke was in Episode VII, even if it was only for 30 seconds. One should expect that Abrams will at least give him a bit more screen time the next go-around.

More like this
TikTok's #NotTheMainCharacter Trend Shows The Supporting Role You Connect With Most
By Marisa Casciano
This 'The Handmaid's Tale' Season 4, Episode 6 Promo Teases A Huge Turning Point
By Ani Bundel
These Tweets About Amy Adams' 'Woman In The Window' Are Brutal
By Abby Monteil
Stay up to date