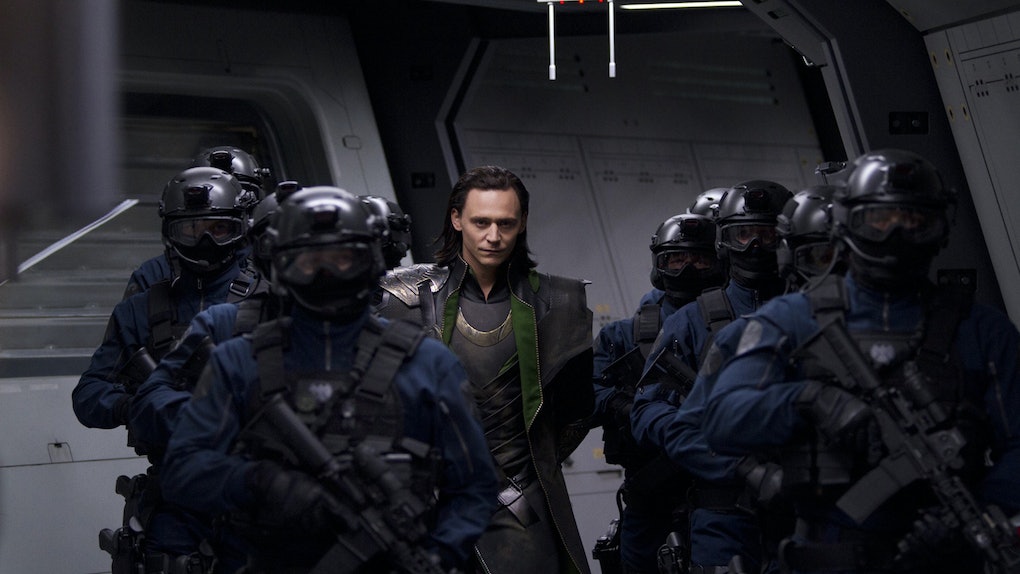 Is Loki Alive After 'Avengers: Endgame'? The Answer Is More Complicated Than You Think

Marvel fans had about a million questions going into Avengers: Endgame, and although the Infinity War follow-up provided a bunch of answers, it also created a bunch of new questions that Marvel fans are trying to wrap their heads around. Thankfully, directors Joe and Anthony Russo have been very forthcoming in talking about some confusing elements of the movie, including that Loki scene. Spoiler alert: This post contains spoilers from Avengers: Endgame. One big question fans have been going back and forth on since the movie premiered has been is Loki alive after Avengers: Endgame, and the film's directors have finally weighed in on the confusing topic.

With all of the time travel going on in Avengers: Endgame, the movie's plot was bound to get messy and leave a bunch of lingering questions. One of the most prominent bits of confusion involves Loki, whom we saw die at the beginning of Avengers: Infinity War. Since Loki was killed by Thanos prior to the big Infinity Stones snap, it makes sense that he would not be resurrected by the Hulk's reversal snap later in the movie, but Loki does still appear in the film due to the time travel aspects of the plot. Iron Man and Ant-Man are tasked with securing the Space Stone when the group travels back to the closing events of 2012's The Avengers, but the flubbed operation leads to the Space Stone sliding towards Loki and the god of mischief quickly grabbing it and using it to teleport to who-knows-where.

In order to get the Space Stone, Iron Man and Captain America travel even further back in time to swipe it from the early days of S.H.I.E.L.D., but that Loki scene still raised a ton of questions for Avengers: Endgame viewers: Is Loki still alive because of that Space Stone faux pas, or did Cap and Iron Man securing the Space Stone prior to Loki ever getting it prevent that?

It is a really difficult question, and unsurprisingly, it as a complex answer. In a recent interview with Business Insider, Joe Russo clarified that the Loki that swiped the Space Stone actually was still alive and had created is own fractured timeline:

Loki, when he teleports away with the Time Stone, would create his own timeline. It gets very complicated, but it would be impossible for [Cap] to rectify the timeline unless he found Loki. The minute that Loki does something as dramatic as take the Space Stone, he creates a branched reality.

Basically, the explanation is saying that there is now an alternate timeline within the Marvel Cinematic Universe in which Loki is still alive, although it is not the movies' main timeline. Anthony Russo added that the MCU would be dealing with concepts like the multiverse and branched realities a lot more moving forward, which fans have already seen the incipient signs of in the Spider-Man: Far From Home trailer.

The confirmation that Loki is still alive in one reality may also be setting up the upcoming Disney+ streaming series centered on Loki. The upcoming show was predicted to be an origin series when Loki was presumed dead, but now it has the possibility of existing alongside the MCU's main timeline. As of right now, Loki is expected to premiere in either 2020 or 2021 on Disney+.