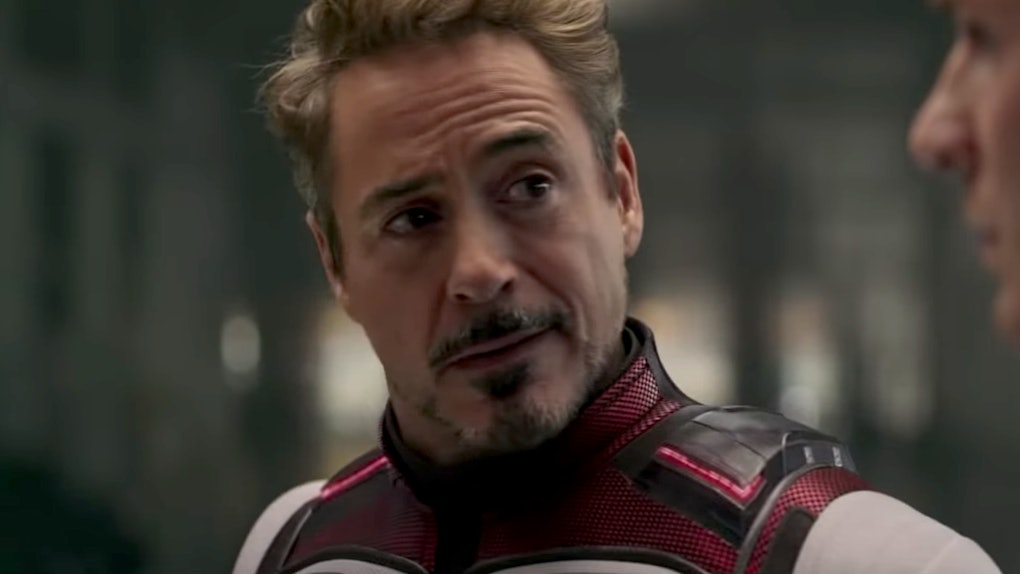 The Marvel Cinematic Universe has given us a ton of memorable lines, from the Hulk's infamous warning "That's my secret; I'm always angry," to Black Panther's rallying cry "Wakanda forever." Avengers: Endgame celebrated the franchise's history of iconic lines with some particularly emotional twists on Captain America's "I can do this all day" and Tony Stark's "I am Iron Man," but it also introduced a new instantly classic phrase that Marvel fans are sure to be repeating for years. And it turns out, the origin of the Avengers: Endgame "I love you 3,000" line will make you cry just as much as the line itself.

Spoiler alert: This post contains spoilers from Avengers: Endgame. There is no question that Morgan Stark's adorable and numerically specific statement of adoration for her father has become the breakout quote from Avengers: Endgame. The line is first said when Tony Stark is putting his daughter Morgan to bed after he cracks the time travel problem, and then it takes on a much more emotional meaning at the end of the movie after Tony's death, when his hologram says "I love you 3,000" back to Morgan. The line is also perfectly suited for repeated use by Marvel fans who want to pay homage to Robert Downey Jr. himself on his last outing as Iron Man, so it has been all over social media since the movie premiered.

But the story behind the phrase is actually just as emotional as the phrase itself. According to a report from the Chinese outlet Watching Hollywood, director Anthony Russo recalled a story that Robert Downey Jr. had told him and his brother/co-director Joe Russo about how one of his children said "I love you 3,000" to him. The directors found the phrase super endearing, and decided to put it into Avengers: Endgame as the way that Morgan Stark tells her dad that she loves him.

Knowing that the "I love you 3,000" line actually came from Robert Downey Jr.'s actual child just makes it all the more heartwarming, and it adds to the meta context of the line being important both within the movie and transcending that to be hugely important to the fans and actors in real life.

And "I love you 3,000" is not the only iconic line that came to perfectly fit into Avengers: Endgame so magically. Joe and Anthony Russo also recently revealed in a Q&A that Tony Stark's final line was added in at the very last minute. Initially, Tony was going to say nothing before snapping his fingers in the Stark Gauntlet and dooming himself to die, but the directors knew that since Tony loved quips so much, they had to think of the exact perfect thing for him to say. As they were shooting the final scene, one of the movie's editors apparently pitched that Tony say "I am Iron Man" to make it a full-circle moment from the first Iron Man movie, and everyone immediately loved it.

So, basically, you can think about these stories and cry even more the next time you rewatch Avengers: Endgame.

More like this
This Video Of Disneyland's Marvel's Avengers Campus Is Super
By Cianna Garrison
'Downton Abbey 2': Release Date, Cast, Trailer, Photos, & More
By Ani Bundel
Here's How To Stream 'Nomadland' So You Can Finally Get The Hype
By Rachel Varina
Stay up to date