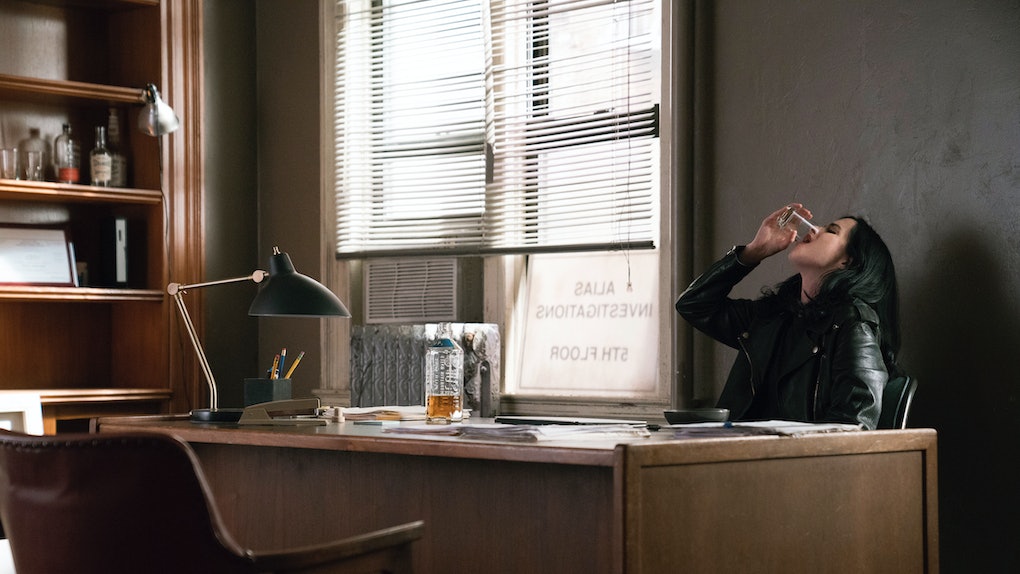 Jessica Jones Season 2 starts out slow, almost like someone who has spent many years in a relationship with someone like Kilgrave and is desperately afraid of what will happen when they commit to the next Big Bad character who comes along. But once Janet McTeer's role as Alisa Jones is revealed, the series really gets going, cementing Jessica in the most complicated dance of hero and villain that Marvel has attempted yet. But after the season ends, fans are asking: Is Jessica Jones' mom really dead? Can Marvel have created yet another awesome baddie, only to off them too soon? Warning: Spoilers for Jessica Jones Season 2 follow.

It does seem to be a hallmark of Marvel, both on the big and small screens, that when they come up with a really good bad guy, they can't seem to keep them alive. The most recent example was Killmonger in Black Panther, but there are others, including Helga in Thor: Ragnarok and Ego the Living Planet in Guardians of the Galaxy 2. Meanwhile, on the small screen side of the equation, not only did they off Kilgrave in Jessica Jones last season, but Alexandria in The Defenders and now Alisa Jones in Jessica Jones Season 2. (Meanwhile, Thanos is alive and well and heading for Avengers: Infinity War. Sometimes, life isn't fair.)

Fans can't believe the bad luck of it all. Is there any chance Alisa might still be alive?

Alisa Jones is not a character where we can turn to the comic in order to see if there might be a resurrection in her future. Unlike a lot of bad guys in the Marvel-verse, this was one that showrunner Melissa Rosenberg made up from whole cloth. Jessica Jones' mother never survived the original car crash in any comic series prior to this. No one ever even thought to resurrect Jessica's mother. She was just known as "Mrs. Campbell," who conveniently died on the way to Disney World in the accident that gave Jessica powers.

It should be noted, though, that to coincide with the release of Jessica Jones Season 2, Marvel has updated the character so that her name matches that of the character here. So, perhaps there's hope on the page that Alisa Jones might find a resurrection.

But on screen? There's nothing that will bring Alisa back. Speaking to Bustle, Rosenberg makes it very clear that Alisa is dead, and that Trish was the one who killed her.

By the end of Season 2, though she lost her mother, she allowed her mother in. She allowed herself to have this hope. Her mother never really was able to become self-realized. Her mother wishes for her daughter to not suffer that same fate. Like with all of us, and with so many experiences in life, she takes one step forward and one step back.

The good news is Jessica's character has advanced via her experiences with her mother. She's opening herself up to Oscar and Vido and trying to have the relationship with them that her mother would have wanted for her. That's why Alisa had to die: so Jessica could be free.

As for what's to come in Season 3, Jessica's mother's death isn't going to heal over quickly. It's now the wedge driven between her and Trish, a much larger one than anything Trish's desperate actions to gain superpowers could have done.

But their relationship isn't over. Says Rosenberg: "We always try to leave doors open because when you sit down — if you sit down — for next season, you don't want to be starting from a completely blank page."

Let's hope that Jessica Jones Season 3 gets the green light soon so that Rosenberg can see down for next season, and fans can discover how Trish, Malcolm, and Jessica find their way back together.