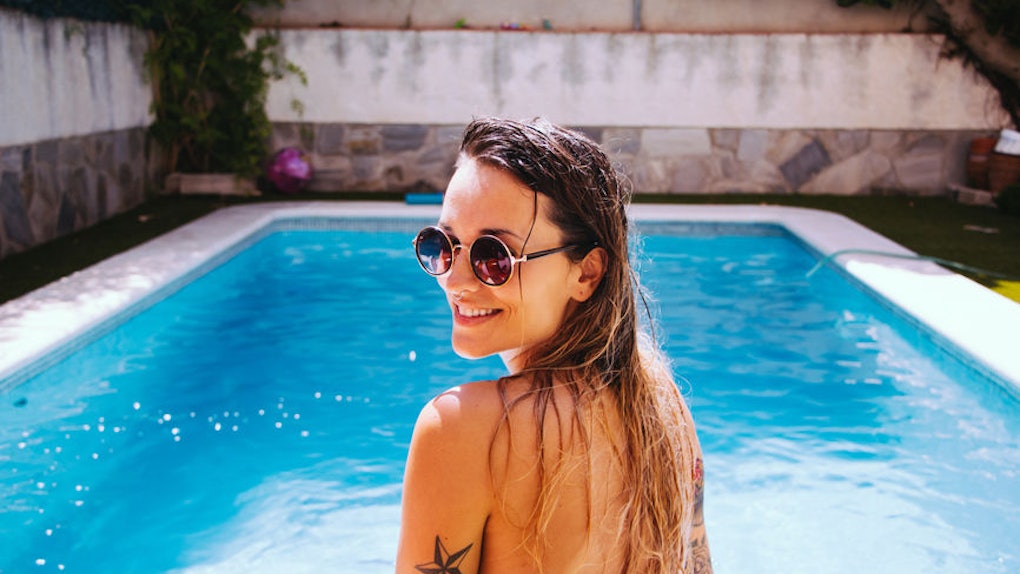 Is It Normal To Like Being Single? If You're A Young Millennial, The Answer Is Fascinating

I've been in a relationship for just over two years now but, before that, I was pretty much as single as it got. I didn't meet my current (and first) boyfriend until I was 23 years old — and up until that point, I was blissfully single, because I truly loved being on my own. Apparently, there are plenty of people out there just like me, as Tinder discovered in its new "Single, Not Sorry" survey. The dating app found that a large number of their participants really like being single.

Researchers asked 1,036 singles between the ages of 18 and 25 questions to better understand their attitudes towards their mate-free lifestyles. What they found was fascinating. A quarter of the female respondents and 17 percent of the male respondents agreed that being single actually makes them feel empowered. Plus, more than half of the ladies (54 percent) agreed that being single makes them feel more independent. That busts the tired, old stereotype that single people are just waiting around for a relationship — according to these stats, they're not.

In fact, in general, the survey results show that the ladies they spoke to tend to have really positive emotions towards being single. For example, the vast majority of them (71 percent) agreed that being single was actually a conscious decision for them. In other words, they've actually consciously decided to be single for a period of time so that they could focus on other things in their lives.

Why are they so worried? Well, the survey cites a couple of reasons. First, almost half of the respondents (46 percent) said that they were worried about losing their independence. On the other hand, almost a quarter of them (24 percent) are don't want to sacrifice their sleep or their personal space for a relationship. As someone in a relationship, I'm going to go ahead and confirm that neither of those fears are totally unfounded. I sleep less than I used to and I no longer possess the ability to kill spiders myself.

Another aspect of single life highlighted by the study? The fact that being single is fun. So much so that the survey found it brought their participants on all sorts of new adventures. A decent number of them (37 percent) said a date brought them to a new bar or restaurant, a little over a quarter (27 percent) said a date gave them the chance to check out a new neighborhood and, finally, 20 percent of them said dating pushed them to go on a hiking trail they'd never been on.

Of course, these findings only reflect the opinions of the 1,036 singles surveyed. That being said, let's use their outlook on life as inspiration! Being single really can be a fun opportunity to go on new adventures and figure yourself out.