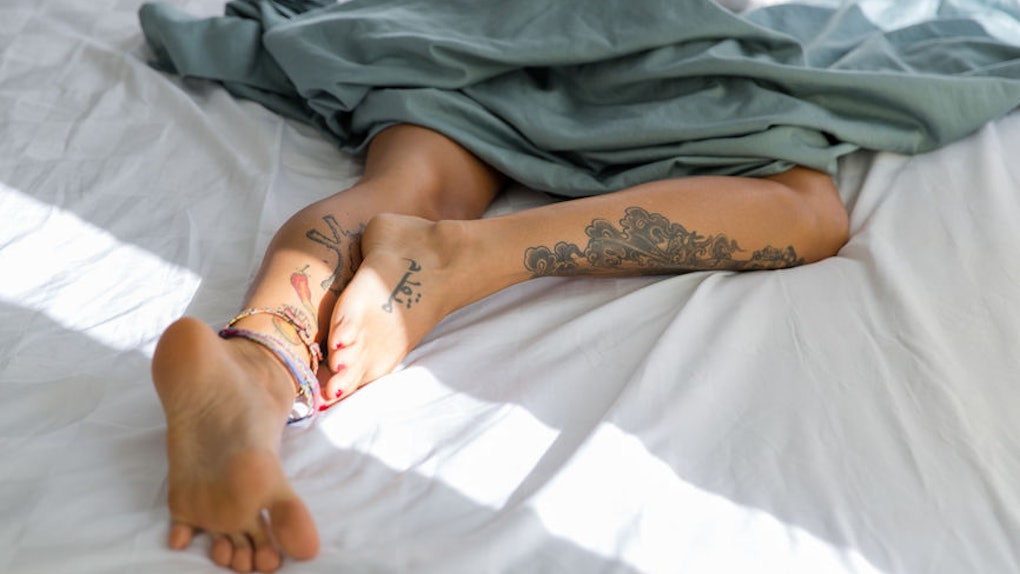 Is It Normal To Hate Cuddling In Your Sleep? An Expert Weighs In

On paper, the idea of cuddling through the night with bae by our side sounds cozy AF, but the ugly truth is that for many people, sleeping and cuddling at the same time can actually be one of the most uncomfortable things ever. If you've ever found yourself wondering, "Is it normal to hate cuddling in your sleep?" — then rest assured that you definitely aren't the only one struggling to find a sleep-able position while locked in a death grip.

Don't get me wrong, I love nuzzling against a solid shoulder crook as much as anyone, and if I'm feeling particularly sloth-y, I might even doze off for a quick nap. However, the moment I feel my partner's other arm come snaking around into what I like to call "the cuddle of death," I get the urge to scratch almost immediately. It's not long before my arm is tingling and I realize that I need to change my body positioning, stat.

It makes sense, folks. Even the most devoted sleep cuddlers must admit that eventually one of you is going to want to shift around through the night, and if there's a light sleeper in the mix, this movement can get real bothersome, real fast. And while most partners enjoy the general presence of a human bed warmer, according to research from the National Sleep Foundation, being elaborately intertwined while trying to get a good night's sleep doesn't jive for the majority of peeps. "Among bed-sharers, only 13 percent cuddle close, while 63 percent sleep without touching their partner," they wrote.

Although many people struggle to sleep as restfully with their partner as they would alone, this doesn't mean that cuddling during the night is a total lost cause. By now, most of us have heard of oxytocin, also called the "love hormone." This powerful neurotransmitter is known for its ability to enhance romantic attachment in addition to one's overall sense of wellbeing. And it's no surprise that its release is triggered by physically intimate acts like hugging, reports the U.S. National Library of Medicine.

It turns out, the release of oxytocin has been positively linked to sleep. According to a study originally published Regulatory Peptides, oxytocin produced in the brain during a relaxed state oftentimes encourages sleep.

So what's the takeaway? Well, if you hate cuddling while trying to fall asleep, then no worries — you're probably just someone who needs their space to stay comfortable. If you love to be spooned to sleep, then you may be benefiting from a boost in relaxation thanks to oxytocin. Fortunately, there's a middle ground! If the thought of being squeezed for hours on end doesn't sound appealing to you, then consider trying a mini-cuddle sesh before retiring to your respective sides of the bed. If you or your bae prefer to maintain some kind of physical contact, then let your feet overlap (or just hold hands like otters). This way, you're still connected without feeling too restricted.