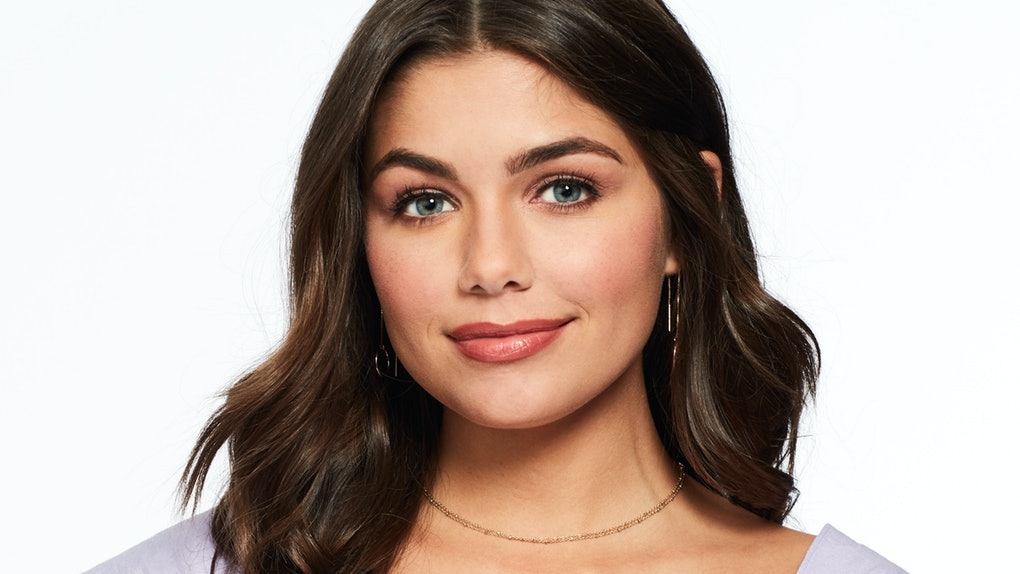 Is Hannah Ann Sluss Dating In Quarantine? It's Kind Of A Cute Story

If your fiancé calls off your engagement on national TV, it's understandable if you're a little wary about getting back into the dating scene. However, it seems like The Bachelor's Hannah Ann is ready to get her flirt on again. On the April 9 episode of PodcastOne's Off the Vine with Kaitlyn Bristowe, it was revealed that Hannah Ann Sluss is dating in quarantine — and no, the "mystery man" (as she refers to him) is not a member of Bachelor Nation. The beauty queen played it pretty coy, but she did confess that she and the unidentified guy recently enjoyed a FaceTime date.

Sluss said that, while she's enjoying her "nice little quarantine fling," it will probably be a while before she's ready to get serious with anyone. "I'm not going to be exclusive with anyone for a while," she explained to Bristowe. "I'm just getting to know different people, as much as I can, virtually, during quarantine. It's weird because I got off the show, I was engaged. Then I was single, but I couldn't go out, couldn't go on a date or really text anyone because people would know I wasn't engaged [anymore]. And then after the show, we go straight into being quarantined." Even reality TV stars struggle with dating in quarantine — who knew?

This isn't the first time Sluss has alluded to this "mystery man." During her March 25 appearance on Nick Viall's Viall Files podcast, Sluss said that — even though she hasn't been on a "legit date" since splitting from Peter Weber — she has been "getting to know some people." She even noted that "there's one person in particular" who slid into her DMs that she's excited to go out with. Unfortunately, she wouldn't reveal what that particular person does, because it would "give it away." Hmm...

She went on to add, "He's someone that's been really nice, and I'm excited to get to know more. It's weird because, like, when I'm actually liking someone now, not the whole world knows about it. Like, it's nice just to have private conversations, slowly get to know someone and not have everyone know every detail." Honestly, fair.

Back on Feb. 29, Sluss was spotted with Josh Dobbs, a quarterback for the Jacksonville Jaguars, at the Tennessee Volunteers basketball game against the Florida Gators, which (of course) set off a flurry of dating rumors. However, that same day, Sluss posted a photo of herself, Dobbs, and former football player Todd Kelly Jr. to her Instagram Story, captioning it, "We go way back." As much as I like the idea of Sluss and Dobbs together, it seems as though Sluss's mystery man is someone she's just getting to know, not someone she goes "way back" with.

Whoever this mystery man is, I'm just happy that Hannah Ann is back in the game and getting to know someone new without the distraction of TV cameras. (BTW, Hannah Ann, if you want to slide into my DMs to tell me who this guy is, I promise I won't tell.)