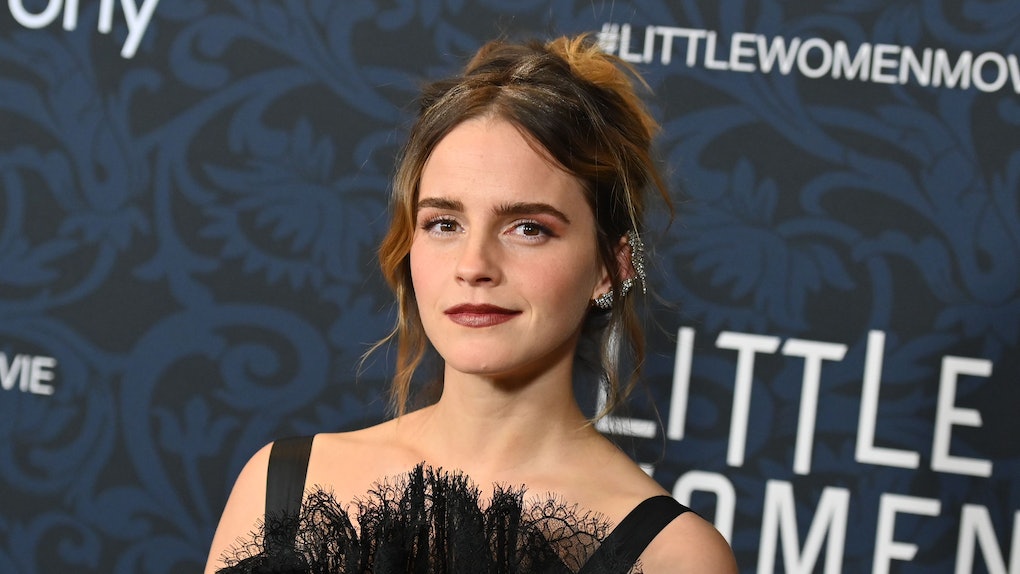 Is Emma Watson Quitting Acting? This Change In Her Instagram Bio Has Fans Panicking

Emma Watson has been acting for most of her life, so when rumors spread she's stepping away from Hollywood, fans were in shambles thinking she's closing this chapter for good. It all started when her Instagram bio got updated on Feb. 25, hinting she was possibly making a career change. So, is Emma Watson quitting acting? The actress hasn't said anything herself, meaning fans shouldn't jump to conclusions just yet.

At just 11 years old, Watson got her big break when she took on the role of Hermione Granger in Harry Potter and the Sorcerer's Stone in 2001. She starred in the iconic franchise all throughout her childhood and teenage years, and by the time the final Harry Potter film came out in 2011, she was 21. Since then, Watson's starred in a number of other famous films, like The Perks of Being a Wallflower, Noah, Beauty and the Beast, and most recently, Little Women.

Considering she's been acting for two decades, fans never believed the day would come when she would take a step back from it. Even when Watson was studying at Brown University from 2009 to 2014, she was committed to balancing her acting projects on top of her school work.

However, on Feb. 25, fans began to question everything when her Instagram bio changed to "Emma’s official Instagram page is currently dormant and is not being updated."

Her last IG post was in June 2020, while her last tweet was in August, making fans believe she really was stepping away from acting for good. They shared their reactions to the rumors on Twitter and posted tributes remembering Watson's best roles through the years.

According to the Daily Mail, Watson currently "is not taking on new commitments," and is instead "laying low" with her boyfriend Leo Robinton, who she's been dating since October 2019. But just because her social media pages aren't being updated and she's currently not taking on new roles doesn't mean she's done with acting for good. She could just simply be taking a break. With the coronavirus pandemic forcing several films to stop production or work with new safety measures put in place, Watson could be taking the opportunity to take a temporary hiatus to focus on her personal life as she waits for everything go to back to normal.

And according to Jason Weinberg, Watson's manager, that's precisely the case. "Emma's social media accounts are dormant but her career isn't," he told EW in a Feb. 26 statement.

This article was originally published on Feb. 25, 2021