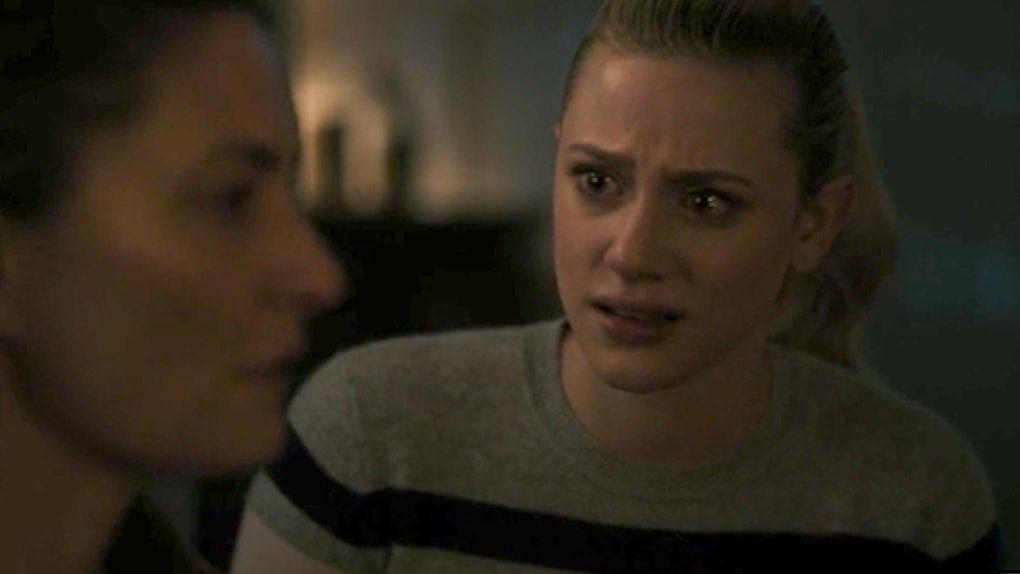 For weeks now, the one name that has confused every Riverdale fan is Edgar Evernever. The mysterious Farm leader keeps being brought up, but has yet to ever make an appearance. After this week's new episode, it appears that Edgar may be at the center of all the craziness that has been going on in Riverdale this season... that is, if he even exists. One of Betty's latest revelations about the Farm has some fans wondering: is Edgar Evernever real, or could his existence all be a lie?

Spoiler alert: This post will include plot details from Riverdale Season 3 Episode 13, "Requiem for a Welterweight." The name Edgar Evernever has come up several times since the Season 3 premiere of Riverdale, but even though 13 whole episodes have passed, viewers still have yet to actually see Edgar. Betty asks to meet the Farm's leader at one point, but Edgar's daughter Evelyn Evernever claims that only fully inducted Farm members can meet Edgar. Things got even shadier on Wednesday night's new episode, when Betty tried to find Edgar online only to discover that there are no photos of him at all on the internet. So, ummm, does this guy even exist?

Although we do know for sure that we will see Edgar Evernever in the near future on Riverdale, since Chad Michael Murray has been cast in the role, that still does not totally shut down the theory that Edgar may not be real. It is super suspicious that we still have yet to see him, and even more so that he apparently has zero online presence. Plus, Evelyn is the one who actually seems to be running the Farm — she is recruiting her fellow students, leading meetings, and performing the cult's ceremonies, while Edgar is nowhere to be found. Perhaps Edgar is just something that Evelyn invented so that she could control the Farm without anyone questioning her age.

So, if Edgar Evernever is not real, then what will Chad Michael Murray's role be? The actor has already shared a couple photos of himself in character as Edgar, so we know that we are going to see him. But, there could be a possibility that Edgar may only appear as some sort of hallucination. There has been kind of a theme of possible hallucinations this season of Riverdale, with Betty seeing Polly's twins float over a fire and the combination of Gryphons and Gargoyles and Fizzle Rocks apparently causing rampant hallucinations.

Of course, this theory about Edgar Evernever not being real is kind of a stretch, but at least it would explain why he has been absent from the show for so long. More likely, though, Edgar will appear as an actual person in a matter of episodes, and then Riverdale fans will finally start getting some answers.

The latest new episode also revealed that the Farm has a penchant for making its followers perform deadly tasks with the promise of "ascension," which clearly draws a connection between the cult and the Gargoyle King. Edgar Evernever has been a prime Gargoyle King suspect since the beginning, and this new information makes that all the more apparent. So expect everything to finally start making some sense (maybe) when Edgar Evernever finally arrives soon.