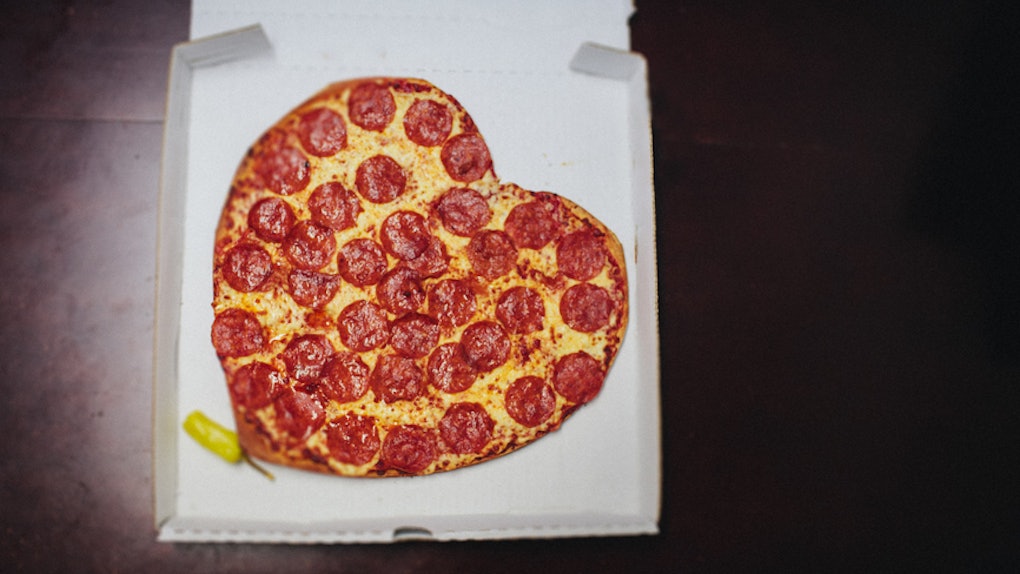 Is Eating Pizza For Breakfast Bad For You? A Nutritionist Says It's Not The Worst Choice

The idea of spending more than five minutes on what to eat for breakfast can be downright daunting, especially on a hungover Sunday, or even on weekdays when you accidentally press the snooze button 15 times. Even when you want to create a perfectly balanced meal to start your day, it might be impossible due to a barren fridge and a 10-minute countdown to the next train. Nobody's perfect, and sometimes, you just have to work with what you've got, which may lead to an inevitable question at some point in your 20s: Is eating pizza for breakfast bad for you?

First of all, no judgment. Second of all, you might not have anything to worry about, because as it turns out, eating pizza for breakfast is technically not the absolute worst way to start your day, as far as your health is concerned. In fact, one of the go-to options that people actually eat for breakfast all the time is a way less nutritional breakfast choice than pizza — which, in my opinion, is a pretty clear go-ahead to microwave a slice before you head to work. It'll be a better start to your day than if you were to eat a big bowl of cereal, surprisingly enough.

Eating pizza for breakfast is actually a way better choice than eating most types of cereal.

Although pizza is, by no means, the most nutritional breakfast you could choose, it packs a better punch for your system than most types of sugary cereals that people eat in the morning.

In a conversation with The Daily Meal, nutritionist Chelsey Amer, MS, RDN, CDN confirmed that pizza can provide you with more protein and less sugar than a bowl of cereal. "[Eating pizza] will keep you full and boost satiety throughout the morning," she explained. She also emphasized the fact that pizza won't lead to "a quick sugar crash" the same way most cereals will.

It makes sense: With the tomato sauce and toppings (that often include protein), pizza certainly offers a more balanced set of nutritional perks than many cereal choices, which often have sugar as the second largest ingredient in their recipes.

The point is less about how good pizza is for you, and more about how bad cereal is for you.

Most cereals are loaded with sugar and refined carbs, ensuring that you will not only be hungry soon after you're done munching, but that you'll also sustain a massive sugar crash in a few hours after eating a big bowl of the stuff.

Although pizza is a better option than many sugary cereals, there are plenty of breakfast choices that are way better than pizza. An ideal breakfast is a meal that includes protein, good carbs, and fiber. For example, you could have oatmeal (I like to sprinkle brown sugar or maple syrup on top of mine), or a hard boiled egg and toast, or a big smoothie with nuts, avocados, fruits, and yogurt blended in. Other awesome breakfast treats include grapefruit, muesli, bananas and, duh, coffee.

If pizza's all you've got, then go for it — unless it's been sitting out on the counter all night long.

Unfortunately for people around the world who have committed the sin of eating leftover pizza from last night the morning after, eating anything with cheese or meat after it's been sitting at room temperature for over two hours can lead to a food-borne illness.

Yep, that's right. Pizza that's been left out for multiple hours is a total no-no, and you just might have to grab some food on the way to work if leftover, bacteria-ridden pizza is all you have at home.

Otherwise, if your pizza has been safely stored in the fridge, consider it clear for breakfast consumption. Obviously, you probably shouldn't make it a point to eat pizza for breakfast every day, but if your only options are a slice of Margherita or a bowl of sugary flakes, you know what to do.

More like this
These Cereal-Inspired Candles On Etsy Look & Taste Like Bowls Of Your Fave Breakfast
By Rachel Chapman
14 'Schitt's Creek'-Inspired Graduation Party Ideas, So You "Remember The Experience"
By Rachel Chapman
8 Cloud Cake Recipes On TikTok That Give The OG Cloud Bread A Sweet Upgrade
By Rachel Chapman
Stay up to date