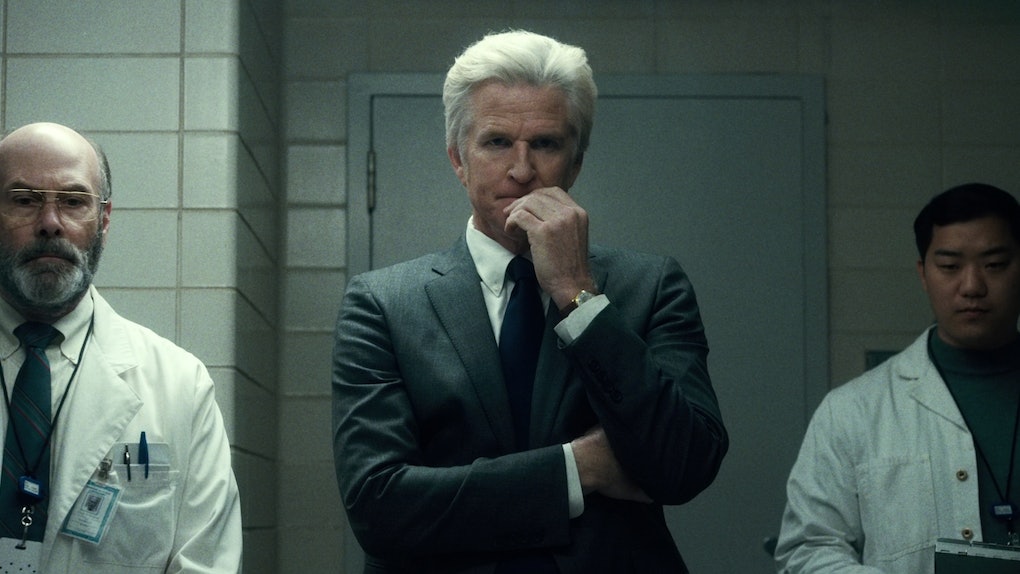 Is Dr. Brenner In 'Stranger Things' Season 2? Here's What We Know

Most fans probably think the big bad in Season 1 of Stranger Things was that monstrous, trans-dimensional Demogorgon, but let's not forgot about the villainous doctor that brought the monster into Hawkins, Indiana in the first place. Dr. Martin Brenner served as a scary antagonist throughout the first season of Stranger Things, but when last we saw him, it looked like he was monster food. It's unclear whether Brenner or not Brenner died from that monster attack, so now fans are wondering one major questions: will Dr. Brenner be in Season 2 of Stranger Things? The show hasn't officially revealed whether he's in the new episodes or not, but after a little digging through social media, I think I've found the answer.

My first stop, IMDb, was no help. Dr. Brenner's character page only lists him as appearing in the first season of the show, and the same eight episodes are listed on actor Matthew Modine's page. Next, I turned to Matthew Modine's social media to see if he'd tweeted anything about the new season that could help confirm or deny his participation in it. Modine has been retweeting a lot of promo for Stranger Things Season 2, but that doesn't necessarily mean he's in it. The first tweet that seemed to suggest Brenner is back came from the New York Film Academy, which stated that Matthew Modine was indeed starring in the upcoming second season.

Some more concrete evidence appears on Matthew Modine's Instagram account, including a photo of him promoting Season 2 with the rest of the cast at San Diego Comic Con earlier this year.

And then, a picture of Modine checking out the Stranger Things activation at Comic-Con.

So, I guess the Demogrogon didn't kill Dr. Brenner after all... or maybe he is only going to appear in flashbacks? Either way, we think the bad doctor will still be terrorizing the kids in Season 2. Hopefully, his appearance will also give fans more background info on the suspicious Hawkins Lab and the origin of Eleven as well.

As a reminder, Dr. Brenner is the guy in charge of the Hawkins Lab, who's responsible both for opening the gate to the Upside Down parallel dimension, as well as raising Eleven from birth and training her to develop her psychokinetic abilities. When both the Demogorgon and Eleven escape from the lab at the beginning of Season 1, Brenner and his team spend the season attempting to track down both escapees. Eleven would refer to Brenner as "Papa" before she escaped his lab, but when she experienced truly loving relationships with her new group of friends in the real world, she was able to see that Brenner treated her coldly and was only interested in her psychic powers.

When Brenner and his team attempt to recapture Eleven at Hawkins Middle School in the season finale, she uses her powers to take many of the men out, and their blood attract the Demogorgon to appear. Eleven manages to flee and eventually destroys the monster and, seemingly, herself as well (although we now know she will be back in Season 2), but not before we see the monster attacking Brenner. A newspaper clipping after the events at the middle school states that Brenner declined to issue a statement, leaving it unclear whether he actually did survive the attack or the lab wanted to cover his death up.

But judging from my social media sleuthing, it looks like Dr. Brenner probably did survive that Demogorgon attack and may be back in Season 2 of Stranger Things, which premieres on Netflix on Friday, Oct. 27.