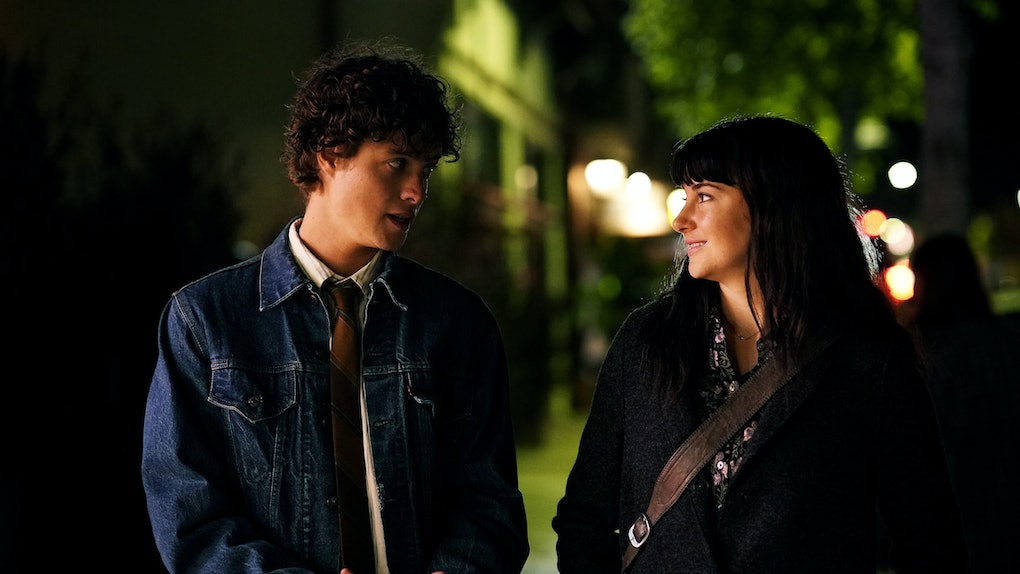 Is Corey A Cop On 'Big Little Lies'? This Theory Could Give Fans An Explanation

Big Little Lies isn't big on happily ever afters or functional relationships. Season 1 featured Madeline cheating on her husband Jane having PTSD flashbacks and Celeste in an abusive relationship. Even couples like Bonnie and Nathan and Renata and Gordon had their secrets. Season 2 has only gotten worse in that regard. At this point, only Jane seems to have found a measure of happiness with her co-worker Corey. But his too-good-to-be-true persona is starting to throw up red flags, and fans have started asking: Is Corey a cop on Big Little Lies? It may seem a bit far-fetched, but let's look at the facts.

Corey first appeared at the beginning of Season 2, working alongside Jane at the Monterey Aquarium. Though he plays his awkwardness off as being somewhat "on the spectrum," it's notable that his first conversation with the kids is to tell them how the female of the species is more deadly than the male. Rudyard Kipling would be pleased, but Jane didn't seem to pick up on the suggestion that it not only went for aquatic species, but humans too.

Corey was then suddenly everywhere, turning up on the beach, going out for coffee, an ready to ask Jane out on a date. This even though he told her he knew she was "one of the Monterey Five."

What does Corey know? It seems like his comments are nothing, easily shrugged off nerdy remarks that are an awkward form of flirting, or just the innocent talk of someone who has no idea Jane is a rape survivor who is hiding the truth about Perry's murder. But even as Corey seems to be the perfect boyfriend, always ready to hold Jane tight when she panics over sex, or stroke her hair when she's admitting thinks about her past, fans have started to grow suspicious.

Over on Reddit, ABlokeLikeYou has put the clues together:

He's totally a cop. He's got the whole trying a little too hard to be charmingly awkward thing going on, and it's totally a plot device the show would use. I've had this theory since episode 1 of season 2, but this moment clinched it for me, how he just looks over at Nicole Kidman's character for a split second then tries to play it off. The direction of the actor is intentional, he's scoping out the suspects, trying to get close to Jane, so she spills the truth.

This theory was posted just after Season 2 Episode 4, but Episode 5 doesn't seem to be contradicting it. As the hour concludes, Bonnie pulls up to the police station, thinking about making a confession. But her plans are derailed as she sees two men exit the station together. One is an officer in uniform.

The other is Corey, with an energetic and nervous bounce to his step and an attitude that doesn't match the persona he puts on around Jane.

Is Corey a plainclothes detective? Is this relationship with Jane just undercover work? With only two more episodes to go, fans will find out soon.

More like this
This 'Stranger Things 4' Theory About Eleven's Past Is Super Dark
By Ani Bundel
The 'Cruel Summer' Season 1, Episode 5 Promo May Hint At That Mirror Theory
By Rachel Varina
Is Jesper A Grisha In 'Shadow And Bone'? This Tiny Detail Could Be A Hint
By Dylan Kickham
Stay up to date