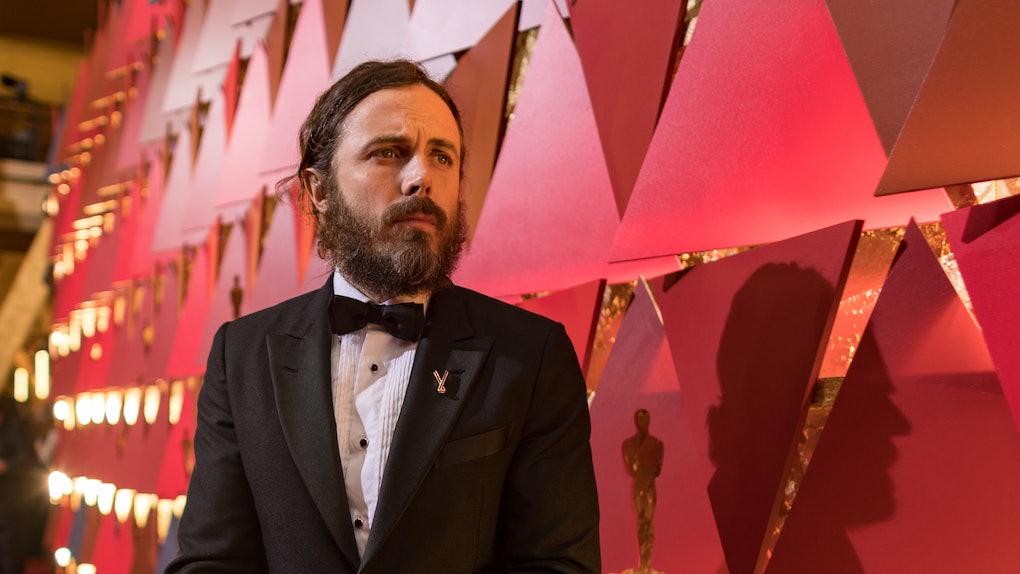 Is Casey Affleck At The 2018 Oscars? The Actor Is Avoiding The Show This Year

The Oscar production team is always looking for new ways to spruce up the ceremony (giving out food to the audience has practically become a mainstay). But through it all, the awards show has usually kept to at least one stable tradition when it comes to presenting. The previous year's Best Actor and Actress winners are known to return the following year to award the new winners of the opposite category. However, following the emergence of #MeToo and the Time's Up movement in Hollywood, it seems things will be a bit different this year, which is why many people are wondering if Casey Affleck will be at the 2018 Oscars.

The 42-year-old, who has finally broken out from the label of "Ben's little brother," snatched up the Best Actor prize at the 2017 Oscars for his work in Manchester by the Sea. While Affleck's younger counterpart in the movie, Lucas Hedges, appeared in two of this year's nominated films, Lady Bird and Three Billboards Outside Ebbing, Missouri, Affleck has stayed low-key for an important reason since his Oscar win last year.

Reports of Affleck's alleged inappropriate behavior toward two women on the set of his 2010 directorial debut, I'm Still Here, resurfaced around the time of Manchester by the Sea's promotion season. Affleck’s attorney told People when the complaints were filed, “The complaint will be vigorously defended and cross-claims will be filed.” However, the accusers ended up settling out of court and no other claims were filed.

When the allegations returned to the spotlight in 2016, Affleck emailed a statement to The New York Times, saying:

It was settled to the satisfaction of all. I was hurt and upset—I am sure all were—but I am over it … It was an unfortunate situation—mostly for the innocent bystanders of the families of those involved.

Despite the two settled lawsuits and Affleck's denial of the claims, the Academy received flak last year for ignoring the reports and rewarding Affleck's work. Some fellow actors also seemed to be upset throughout awards season about the positive attention Affleck received. Brie Larson, the 2016 Best Actress recipient and a vocal advocate for sexual abuse survivors, did not applaud for Affleck when she announced his win at the Oscar ceremony. Her subdued reaction spoke volumes, unintentionally foreshadowing what was to come later in the year.

Since the 2017 Oscars, men in Hollywood have received a much-needed awakening, with several industry moguls losing jobs and previously esteemed reputations after allegations of sexual abuse and misconduct came out against them. Amidst this new climate, Affleck officially withdrew from the duty of presenting the Best Actress award last month, telling the Academy that he will not attend the ceremony, according to Variety. The actor reportedly decided this because he didn't want to be a distracting presence from the ceremony's inevitable focus on Hollywood's campaigns to promote awareness of sexual harassment, Deadline reports.

While last year's Best Actress winner, Emma Stone, is still included on the list of Oscar presenters, it was initially unclear who would present the Best Actress Oscar in Affleck's place. But on March 2, only a few days before the Oscars ceremony, Variety reported that Affleck had been replaced as a presenter by two women: Jennifer Lawrence and Jodie Foster.

Leading up to the big night, audiences reacted to the news of Affleck's planned no-show on Twitter.

After such a change developed throughout Hollywood in the past year, Affleck's decision to stay home from the Oscars brings up a question of how the Academy should continue treating past winners with sexual misconduct allegations against them.