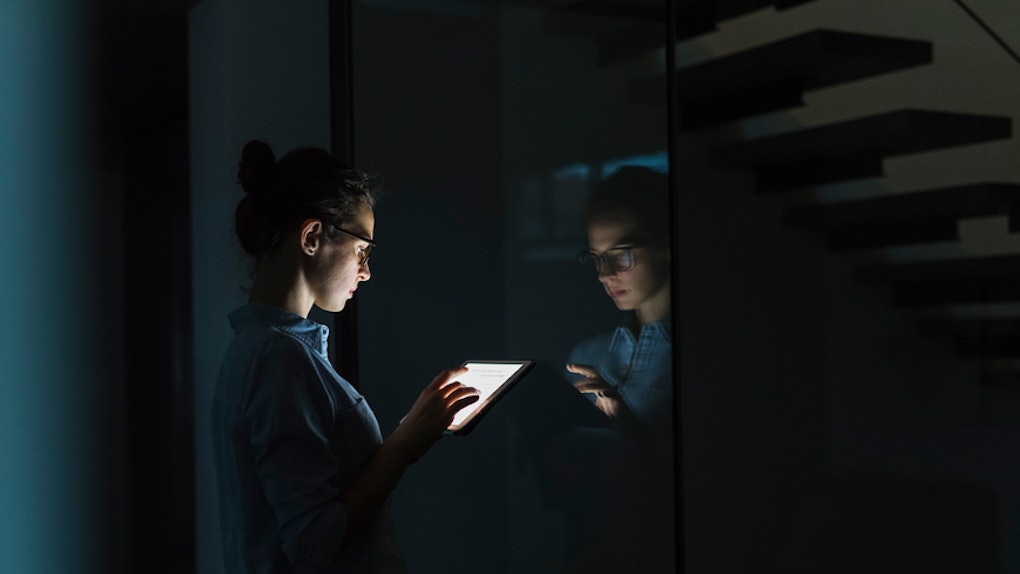 Is Being A Night Owl Bad For Your Health? A New Study Has Some Pretty Scary Findings

Everyone has that one friend who pulls all-nighters left and right, and still seems to function pretty dang well. You might even be that friend yourself, with a full agenda of events that unfold long after you get home from work, like writing the next great American novel, or watching Netflix to your heart's content. But have you ever wondered if being a night owl is bad for your health? As it turns out, staying up late each night could be pretty dangerous for your well-being, and not just due to the lack of sleep.

According to a new study published in the journal Chronobiology International, those who define themselves as "morning people" live, on average, much healthier lives than people who refer to themselves as "night owls," across a whole host of variables.

The important distinction to make here is that this study wasn't about tallying how many of hours of sleep the research participants actually got, and making a connection between that and their well-being. Rather, the researchers asked people to define themselves as either "morning types" or "evening types," or to note if they fell somewhere in the middle between the two extremes. In fact, actual sleep duration was one of the controls that the study accounted for, meaning the researchers made sure it wasn't an influential variable on the overall results.

According to the study's findings, being a self-proclaimed night owl might have bad consequences for your health, even if you do sleep for the recommended seven to nine hours a night.

The researchers followed these adults for just over six years, controlling for sex, age, body mass, smoking habits, and sleep duration. The results were pretty markedly stacked in favor of those early birds catching the worm, as The New York Times noted:

Each increase from “morningness” to “eveningness” was associated with an increased risk for disease. Night owls were nearly twice as likely as early risers to have a psychological disorder and 30 percent more likely to have diabetes. Their risk for respiratory disease was 23 percent higher and for gastrointestinal disease 22 percent higher.

But why would it be so much worse to stay up late and sleep in a little later, rather than to go to sleep earlier and wake up earlier?

The study suggested that this might have to do with "behavioral, psychological and physiological risk factors," meaning it may be more about people having a lifestyle that doesn't necessarily fall in line with the "imposed timing of work and social activities." In other words, being a night owl can potentially add strain to the daily requirements of being a human, since we're not, you know, nocturnal. In contrast, waking up earlier might allow you to go through the motions of your day with more ease.

So being a night owl is, apparently, not the best thing for you. With that in mind, what can you do to change your daily rhythm?

Kristen Knutson, lead author of the study, and an associate professor of neurology at Northwestern University, told The New York Times that there are some small changes you can make to change your schedule around, even though it's important to keep in mind that, for some people, being a night owl may be genetic.

Still, Knutson noted that you can try to slowly make your bedtime a little bit earlier each night, and avoid using smartphones before you go to bed so you're more likely to fall asleep with ease. Other quiet bedtime activities like reading and meditating are great for calming down your mind when you need to, especially if you're not used to the earlier sleep time.

Bottom line: Unless you live in a nocturnal universe, choosing to live life both all night and all day will most likely put some degree of strain on your long-term health. No one's asking you to be one of those annoyingly chipper morning people you secretly can't stand, but waking up an hour earlier might end up doing you a world of good.