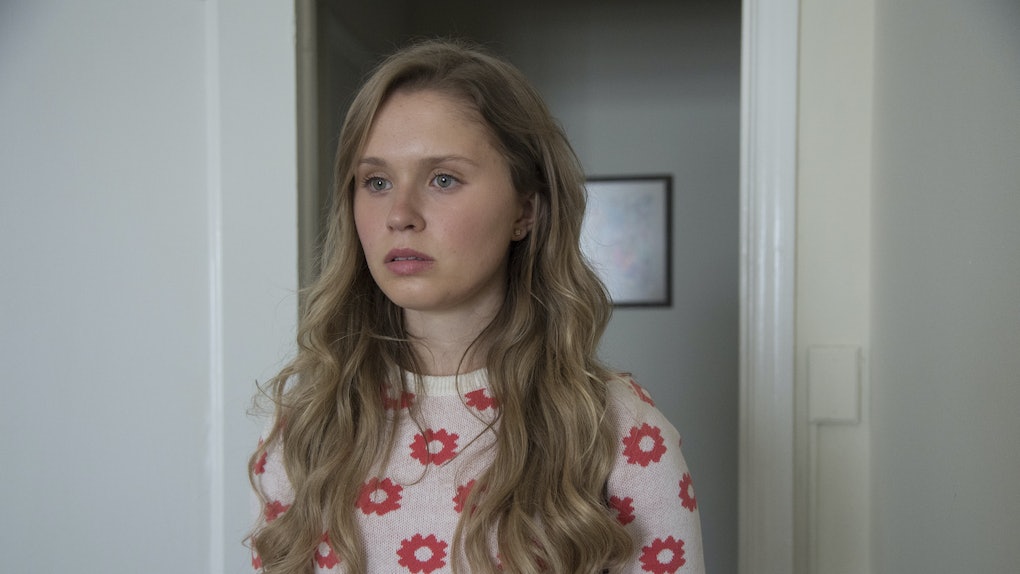 Is Amma The Murderer In 'Sharp Objects'? The Series Finale Cliffhanger Was Jarring

Over the course of Sharp Objects' eight episodes, the show has zigged and zagged across Wind Gap, but one thing has remained constant: the plot centers on the Crellin estate. No matter where the bodies were found or which suspects were put forward, the show keeps come back to Adora, Camille, and Amma, and the bizarrely abusive relationship going on inside the house. So when the final twists began suggesting the murderer was actually someone in the Crellin household, viewers weren't that shocked — that is, until the final moments, which led fans to ask is Amma the murderer in Sharp Objects? Warning: Spoilers for the Sharp Objects Finale (and a few from the book) follow.

Once Camille goes home and submits to her mother's ministrations, knowing full well she's being fed poison, the story becomes a race against the clock. Willis apparently doesn't think John Keene is the murderer, as he suggests by telling the kid he'll crack "whether he's guilty or not." But Chief Vickery refuses to listen to anything against Adora. It takes a deus ex machina figure, in the form of Camille's boss Frank Curry, to ride to the rescue. Vickery is forced to arrest Adora instead.

Everything seems resolved. Camille writes her final story, Adora goes to jail, and even Amma looks to be having fun in St. Louis and making friends. That is until Camille gets a good look inside her doll house and realizes the ivory floor of "Adora's room" has been replaced with the teeth of little girls.

Camille looks up to see Amma walk in. Amma smiles and says:

So what on earth are fans to make of this ending? Or that mid-credits sequence? Amma did the murders, right? And she killed May too?

Camille says from the beginning of her mother's arrest the teeth don't fit the narrative. Adora is a poisoner, not a strangler. The pliers in the Crellin home may match the marks left on the girls, but Adora doesn't seem capable of such a thing.

Amma, on the other hand, is wild, young, and strong. And she goes completely off the rails when people aren't paying attention to her. Also, remember a couple of episodes back Adora attempted to help Amma with the dollhouse, and Amma wouldn't let her mother touch that room.

It seems a hilarious irony at the time. Adora refuses to let Camille touch her ivory floored bedroom because she's not obedient enough. Amma refuses to let Adora touch the room in her dollhouse version. That means Adora did not know the floor was made of teeth.

In the books, the ending doesn't happen here. Instead, Amma's little friend May is confirmed as murdered, with half her teeth missing, and Camille realizes Amma is the killer. It is only after that she looks in the dollhouse and finds the teeth and confirms everything. Amma admits she did it, with her roller skating friends, because she couldn't handle her mother or Camille giving attention to anyone else.

The show's ending is more hazy, leaving space for questioning Amma's motives. But in both versions, Camille's discovery of Adora's dollhouse room is as compelling a horror scene as it comes.