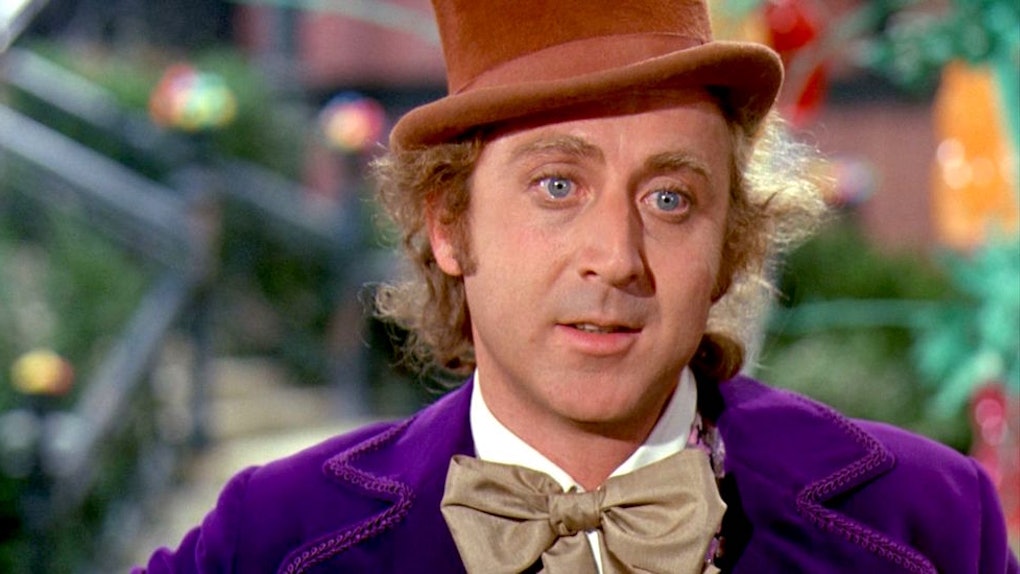 Is A ‘Willy Wonka’ Prequel Happening? A Sweet New Movie Is In The Talks

Warner Brothers is finally making progress on the Willy Wonka movie that the studio has been trying to nail down for about a year and a half now. Back in 2016, Warner Bros. acquired the rights to Roald Dahl's iconic chocolatier character from the author's estate, and announced plans to develop a new movie centered on Willy Wonka's early adventures, before he opened his famous chocolate factory. Now, the studio has officially signed on a director and writer to bring the fantastical tale to life. Fresh off the immense success of his animated sequel Paddington 2, director Paul King is reportedly in final negotiations to direct the upcoming Willy Wonka prequel. Former Saturday Night Live writer Simon Rich is attached to write the script. Rich has previously written for Pixar's 2015 movie Inside Out, and created the reality-bending FXX comedy series Man Seeking Woman.

Though the plot for the new Willy Wonka movie is being kept under wraps, it has long been rumored that the prequel will tell the story of how Wonka first met the Oompa Loompas, the small orange creatures that wind up working in his chocolate factory. In Roald Dahl's novel, it is mentioned that Wonka met the Oompa Loompas while on an excursion to Loompaland, and invited them to work in his factory after seeing that they were facing extinction in their homeland. Dahl's novel and its follow-up Charlie and the Great Glass Elevator both focused predominantly on Wonka's days as an established chocolatier and his relationship with impoverished contest winner Charlie Bucket, only briefly alluding to Wonka's early life. The upcoming movie sounds like it will stand apart from the original novels and the two previous movie adaptations by telling the story of Willy Wonka's early life rather than his contest inviting children to tour his chocolate factory.

The other exciting rumor that has been spreading about the new Willy Wonka prequel is that Ryan Gosling is lined up to star as Wonka. Last summer, rumors began cropping up that Gosling had expressed interest in playing Willy Wonka to Warner Brothers shortly after they acquired the rights to the character, and that he became the studio's first choice to take on the role. After all, Gosling recently showed off his singing and dancing abilities in La La Land, so if the new Wonka movie follows the vein of Gene Wilder's original adaptation and includes musical numbers, then Gosling will definitely be up for the task.

Reportedly, the hope for this Willy Wonka movie is that it will become popular enough to spawn its own standalone franchise. It certainly sounds like an exciting, new take on such a classic character, and if they really do get Ryan Gosling to helm the movie, then the possibilities are endless. Of course, everything is still in super-early stages right now, so we will have to wait a while before actually seeing this Willy Wonka movie. Hopefully we get more news about it soon!

More like this
These Throwback Jennifer Lopez Movies Are Such A Blast From The Past
By Ani Bundel
7 Movies About Graduation To Prepare Yourself For The Cry-Fest
By Claire Spellberg
'He's All That': Premiere Date, Cast, Trailer, Filming News, & More
By Dylan Kickham and Abby Monteil
Stay up to date