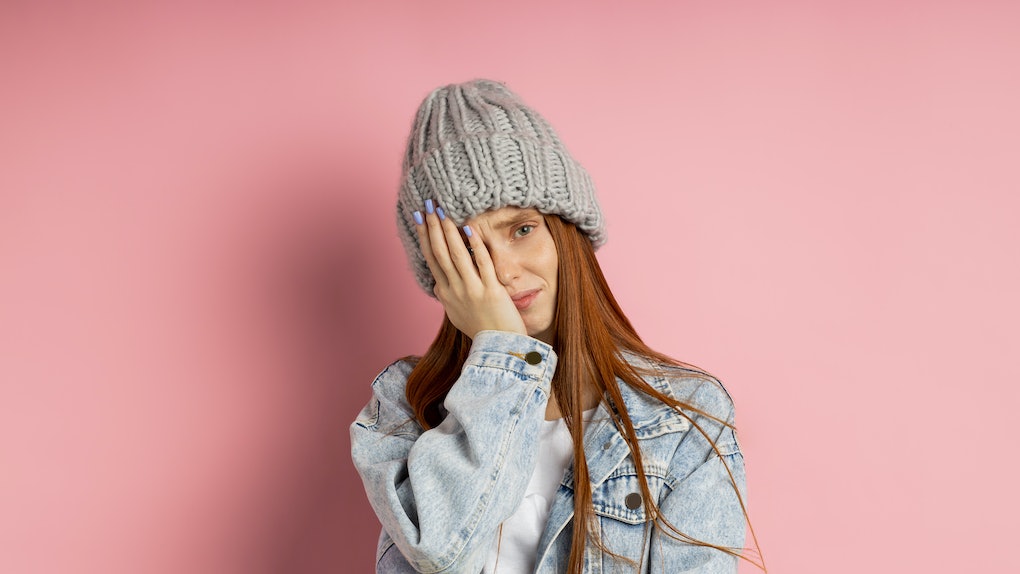 If You're The Other Woman, Should You Tell The Cheater's Significant Other?

Falling in love is the ultimate act of trust. That's why finding out that the person you've given your heart to has been hiding a full-blown relationship is a particularly devastating betrayal. Naturally, this unfortunate scenario raises a troublesome question: if you're the other woman, should you tell the cheater's significant other? While it’s definitely a complicated situation to be in, the three experts I spoke to advise staying out of it.

Surprised? I know I was. After all, isn’t there some unspoken code to inform a fellow human about their philandering partner? Wouldn’t they want to know, so that they could then decide if they wanted to stay with that person and work it out, or walk away? Here’s the thing, though: Sharing this news with a total stranger is a supremely difficult task — and one that you can’t exactly predict the outcome of. That's why Maria Avgitidis, CEO of matchmaking service Agape Match, says it’s best not to get involved. She recently weighed in on this subject during a Q&A session on her Instagram Story in which a follower discovered she was the other woman and wanted to know whether she should tell the wife. That post garnered 15,000 views and shares, as well as hundreds of DMs. Clearly, it's a loaded question.

“I genuinely believe that if someone has done this, it's not your position to bear the burden of telling their girlfriend,” she explains, adding that your safety should come first.

According to Avgitidis, the act of cheating on a committed partner and lying to you by keeping their other relationship a secret shows a certain degree of impulsivity and selfishness, as well as a lack of regard for others' feelings. These are qualities that could rear their ugly head if you were to "out" them to their significant other. In other words, if they've built their world around a web of lies, who knows what they'd do to protect their carefully crafted world at your expense?

Susan Trombetti, matchmaker and CEO of Exclusive Matchmaking, adds that while informing the other person that their partner has been unfaithful may feel like the compassionate thing to do, it can actually be kinder not to share. You don't know where they might be at emotionally, nor do you know what their current support system is like.

Not only that, but Pricilla Martinez, CEO of Regroop Online Life Coaching, points out that you can’t be sure how the significant other will react. After all, finding out that your partner has been cheating on you can inspire a range of different feelings, from sadness to full-blown rage. What if some of that gets directed at you?

“Unfortunately, a lot of people blame the other woman for the issues in their relationship, rather than placing the blame on the cheater,” adds Martinez. “Be prepared for them to take full advantage of that and paint the picture that you’re somehow at fault for their actions.”

Avgitidis and Martinez acknowledge that every situation is unique. If you feel strongly about sharing this information with the SO, experts concur that it’s crucial to first ask yourself why you feel compelled to do so. If it’s simply because you feel a sense of duty to share the truth or feel you would want to know if you were in their shoes, that’s one thing. But if the motivation behind sharing this news is to get them to hate their partner, too, Avgitidis says that’s not a good enough reason to take the risk.

“If you want to let their partner know out of spite or to dissolve that other relationship, be careful, because you’re not just hurting the cheater in the process,” explains Martinez. “If you’re hopeful that outing their behavior is going to free them up to be with you, think again. Assume that if they didn’t want to be in that relationship, they would end it. It’s not your responsibility to clear the path for them.”

Another thing to consider is this couple's relationship status. Avgitidis notes that there’s a massive difference between telling a girlfriend that her partner has been cheating on her, and telling a wife who made a lifelong commitment with her partner and may have more at stake (like a mortgage or a family). While there may be cases in which you feel it’s important to share this news with a girlfriend, doing so with a wife is ill-advised. This is especially true if they have children, according to Martinez. If that’s the case, it’s imperative to consider the consequences that your news could have on an entire family.

“When you bring in a wife, the entire dynamic changes,” Avgitidis explains. “And it can be particularly expensive, financially and emotionally, to have to deal with skeletons in a married person's closet with an audience. Who's to say the couple won't work it out on their own?"

Given that the consequences of sharing this news could be potentially devastating to a married couple, Avgitidis believes that the cheater should be the one to tell their spouse — because only they will be able to offer an apology, explanation, and ultimately, closure.

Both Avgitidis and Martinez point out that in general, infidelity is eventually brought to light. So, while you might be tempted to fill someone in on their cheating SO's behavior, it's often better to let them find out in their own way. Not only are you able to protect yourself emotionally this way, but you’re also removing yourself from the dynamic of their relationship rather than becoming even more involved than before.

So, if you’ve determined that you don’t have a misguided motivation for breaking the news and you still feel you want to do so, should you go through with it?

“You need to use your best judgement,” says Martinez. “Consider how long the lying had been going on and the depth of your relationship with this person. If it was one date, perhaps you don’t want to involve yourself any further.”

If you do decide to tell the significant other, Martinez says there are two general rules to follow: Don't disclose too much personal info, and share the news the way you would want to receive it. Both Trombetti and Martinez recommend avoiding social media as a means of contact, if possible, as your profile offers a wealth of information about you. Instead, they suggest making a phone call if you can, not only to protect your privacy but also because there are less likely to be misunderstandings that way than with texts or direct messages.

“I have heard many ‘other women’ tell me that they regretted telling the girlfriend because they compromised their safety and emotional well-being,” Avgitidis tells Elite Daily. “Of course, I have also heard many girlfriends tell me that they were happy someone told them about their boyfriend's cheating ways before they got engaged or married. Every situation is different.”

Ultimately, it’s obviously up to you whether or not you share this information. But keep in mind that while telling the cheater's partner may feel like the "right" thing to do, it's not quite that simple. As much as you may want to protect that stranger's feelings, your overall well-being and safety are the most important things to weigh when making your decision. While you may not have had a say in being made the other woman, you do have a say in how you bow out of this unfortunate scenario. And by honoring your own needs, values, and boundaries, you can do so with integrity and grace.