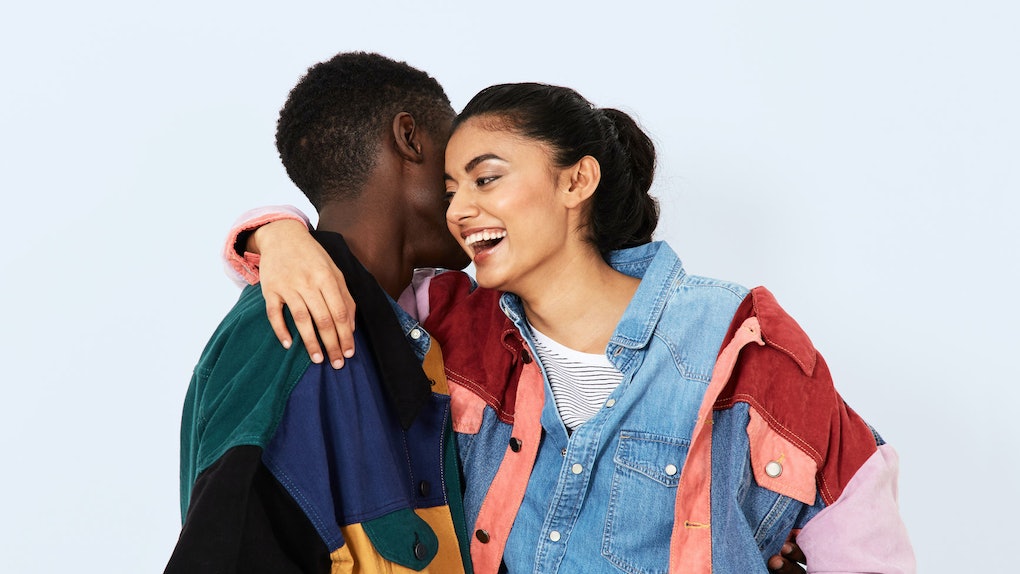 If You're Having The Official Relationship Conversation Soon, Take Inspiration From These 5 People

Every relationship has milestones, like the first kiss, leaving a toothbrush at their place for the first time, and having the official relationship conversation. These moments mark a distinct change in your dynamic and a step forward. Usually they can be exciting and fun, but they can also be stressful! DTR conversations can be awkward and even if you plan your words out in advance, it might not go exactly according to plan. But that's life, baby!

I was thinking back to my past relationships and realized I've experienced quite a range of DTR styles. One boyfriend formally asked if I'd like to be his girlfriend, one casually said he wanted to be exclusive and asked if that was cool with me, and in one particular relationship, we never even DTRed at all. It just happened organically. So if you're considering having "the talk" with your honey, there are clearly lots of ways to go about it.

I asked my friends to share their DTR experiences and TBH it made me swoon a bit. If you're feeling a little anxious about defining your relationship, read on and be encouraged — there's no one right way to do it, and everyone has a different style. Just listen to your heart, take a deep breath, and go for it!

One guy I was casually dating and I decided that if we couldn’t say we were officially together then we probably shouldn’t date. I was sad, but then that night, he showed up on my doorstep with a box of Lucky Charms. He had picked out all of the marshmallow charms from like 16 boxes and combined them into one box (marshmallows are my favorite) and he said he was ready to make it official.

After a month of dating a guy, I knew I really liked him and wanted to be in a relationship with him. I was pretty sure he felt the same way. But the last time I tried to have the DTR convo with a different guy, I got shut down and the experience made me feel too skittish to ever bring up the subject on my own again. So instead of asking to be official, I invited the guy to my friend's holiday party, with the hope that the party would trigger some kind of conversation about our label. Sure enough, the night before the party, he was like, 'How do you want to introduce me tomorrow?' I think I answered kind of vaguely, and he was like, 'Do you want to call me your boyfriend?' Introducing him as my boyfriend at the party the next night was the best feeling.

After about 3 weeks, Jesse said to me that despite it being really soon, he knew how strongly he felt about me and he was pretty sure he knew I felt the same way about about him and he said, 'I just want to let you know that whenever you’re in, I’m in.' And I just immediately responded, 'I’m in!'

He Just Said It

We'd only been dating for a few weeks but spending all our free time together, so it was kind of obvious that neither one of us was seeing anyone else. There simply was no time to! It kind of felt like we didn't really need to define that we were an official couple, but out of the blue he told me that he wasn't dating anyone else and he wasn't going to. I told him I wasn't either and then there was a bit of silence. Then he said in a joking way, 'Ooh, I'm your boyfriend!' and that was that!

We had been dating a few months and things were going so great. We'd met each other's friends, had great chemistry, but I was still really weird about defining things. I think I didn't want that talk to change things, because everything was going so well I didn't want to jinx it. Then one night at dinner, he said, 'So are we doing this or what?' I thought he meant ordering food, so I said, 'Let's do it!' He jumped up and kissed me and I was like, god, he's really hungry, then when the waiter came over he said, 'She's my girlfriend now,' and that's when I realized what he meant. We ordered and that was that!

Communication in all relationships is super important, so however you choose to go about it, be clear about what you want and go for it! You got this.