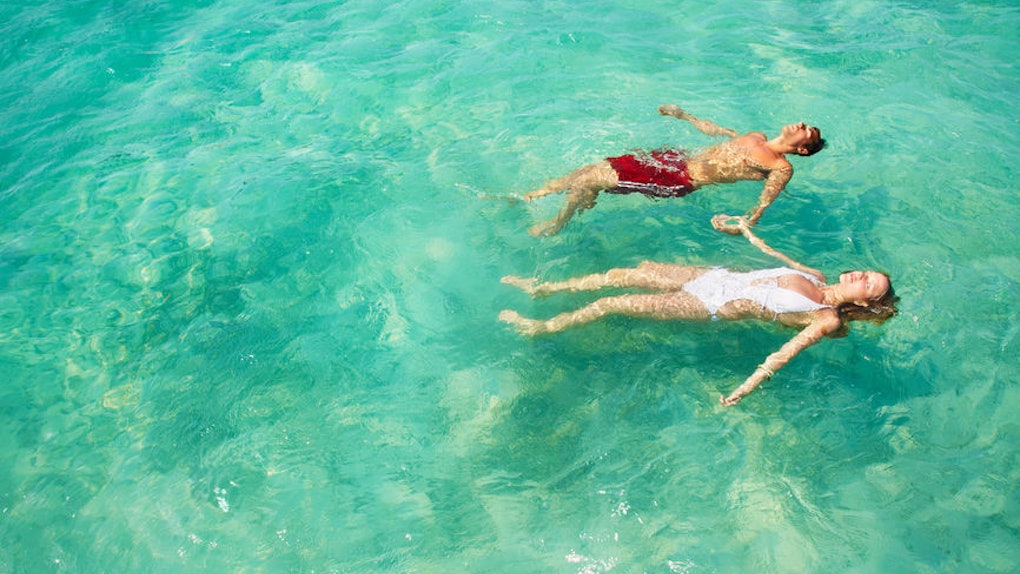 If Your Partner Is Your Best Friend, These 6 Heartwarming Signs Should Sound Familiar

“I’m the luckiest guy/girl on the planet, I get to marry my best friend!” It may sound like a cliché reserved for humblebrag Instagram posts about engagements, but before you roll your eyes, consider that research has proven you're pretty damn lucky if your partner is your best friend. In fact, people who are best friends with their SOs are twice as satisfied with their lives in general than those who don’t, according to a 2014 report from the National Bureau of Economic Research.

It’s a pretty common thing for bae to become your BFF, too. Remember Michelle Obama’s Instagram post commemorating her 25th wedding anniversary? In the caption, she wrote to Barack, “A quarter of a century later, you're still my best friend.” Nicole Kidman called Keith Urban her best friend in a Facebook post for her hubby’s 50th birthday, too. And when Justin Timberlake accepted his iHeartRadio Innovator Award in 2015, he called out Jessica Biel, saying, “I want to thank my best friend, my favorite collaborator, my wife, Jessica.”

NBER researchers have deemed it a “super friendship” — a powerful fusion of romance and friendship. How can you tell if you have one of these special relationships? Here are some signs that should ring a bell.

There's no pressure to be "on" all the time.

In the beginning stage of a relationship, you may have made a concerted effort to only show your partner your “best” self. Maybe you didn’t leave for date night without penciling in your eyebrows, or you always made sure to always wear underwear that matched your bralette. But when your SO becomes your best friend, you don’t stress so much about looking flawless all the time. You can wake up at their apartment and put on the same pair of sweats you were wearing last night, and it doesn’t phase either of you.

Think about it: You definitely don’t have to put up a front with your best friends — you know that they love you whether you decided to do some full-on cosmetic contouring that day or you went au naturel. So when you stop worrying about what your significant other will think and start letting them see every version of you, you’ll know they’re probably becoming your best friend.

Good or bad news, they're the first one you call.

You've been staying late at the office this past month, and you finally snagged that coveted promotion. Or, you missed your train, got scolded by your boss, and spilled Sriracha all over your brand new patent leather wedges. Who’s the first person you call in either scenario? If you immediately dial bae with good or bad news, then that’s a solid sign they’re also your bestie.

This is particularly true when you’re having a bad day. Of course, we all love sharing the exciting moments with our significant others — when we’re proud, elated, or inspired. But choosing to let your partner in on the unpleasant stuff suggests you’re also in friendship territory. For one, it reveals that you’re comfortable enough with them to let them see your disappointment, sadness, or frustration firsthand. And on top of that, it shows that you know they’re more likely to make you feel better than anyone else in your life.

You know you can vent to them — no matter what.

Recently, I called my boyfriend with some major maid-of-honor drama. After about 10 minutes of venting about how another girl was cramping my style planning the bachelorette party, stressing me out about bridal shower decorations, and generally making my life a nightmare, he offered up some thoughtful advice on how to get her to back off. I realized that I’d called him to hash out something I’d normally go to my best girlfriends for. And luckily, he not only listened intently, but he was clearly trying to be helpful in resolving the issue.

When your partner is your best friend, you can go to them with any complaint and know that they aren’t going to tune you out — they’re going to care about whatever it is. Why? Because you care about it, and so automatically, it matters to them, too.

You seek out their opinion.

Maybe you’re picking out a fresh pair of Warby Parker specs. Or maybe you can’t decide how to confront your sister about her reckless behavior. Whatever the conundrum is, you always go to your partner for advice.

There are several reasons why this is a solid indicator your SO is also your BFF. For one, it demonstrates that you value their opinion on any and every matter. On top of that, it shows that you two are becoming a team. That means you make important decisions together (and yes, choosing between tortoise or lucite gray frames is important).

Finishing each other’s sentences isn’t just something that happens in sappy rom-coms. When your partner becomes your best friend, you’ll likely find that you always seem to be on the same wavelength.

It goes a little something like this: You start accurately predicting what they’re about to say. Or they say exactly what you were thinking. Your SO texts you proposing Thai takeout that night, and you’re taken aback because you were honestly thinking the same thing. Maybe you two spy a bizarre scene on the bus, and you don’t even have to talk about it — you know precisely why he’s laughing.

Essentially, it feels like there’s a wire connecting your minds at all times. It’s a little creepy at first, but mostly it’s just very cool — not to mention convenient.

They can tell when you’re not “fine.”

“I’m fine” may very well be the most deadly of passive-aggressive statements. Sure, sometimes you might be. But very often, you’re not. The thing is, when you’re best friends with your significant other, they can see right through that façade. They’ll call you out on it. And moreover, they might encourage you to talk about whatever it is that’s bothering you.

It may be irritating at times because it’s a lot easier to shut down and clam up than to confront your feelings head-on. But this is often a good thing. It shows that they know you well enough to be able to tell that you’re faking it. And it also shows that they’re not willing to glaze over it. They genuinely want to know what’s irking you because they also want to do something about it.

So, do any of these signs sound familiar? If so, congratulations: You've got a super strong relationship on your hands.