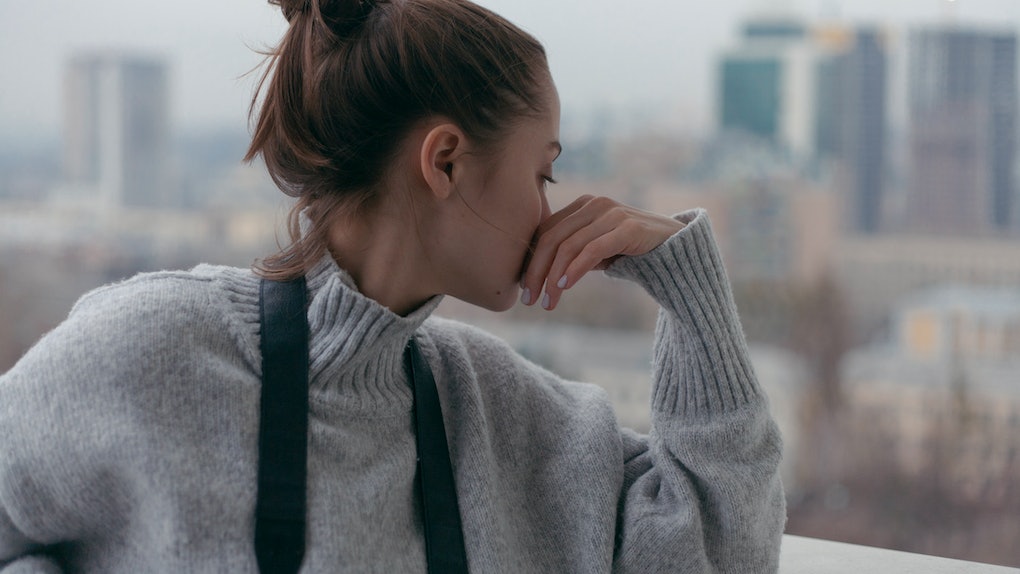 If You Were Dumped Out Of The Blue, Keep In Mind These 9 Mantras

I like to think I don't frequently "get dumped" — I instead run my relationships so far into the ground that both of us are grateful to just make it out alive. Saying "it's mutual" would be an understatement in the case of many of my breakups — we needed to split simply for survival's sake. But that doesn't mean I've never been dumped out of the blue. In fact, I've been dumped with seemingly no warning signs at all, and it's often worse because I didn't feel like the relationship came to a natural conclusion. If you've ever experienced getting dumped out of nowhere, you can probably relate.

It's not your fault if your relationship comes to an abrupt end (or any end). Still, it can sometimes leave you wondering what happened. Did you miss any signs? Was there something you could have done? It's the most human thing in the world to ask these questions after an out-of-nowhere breakup, but you don't have to beat yourself up over it. You deserve a relationship that comes with only fun surprises (like that your partner has a king-sized bed). You're not alone for being sad about a breakup, but the good news is there are ways to pick yourself back up.

Read on to find nine mantras to keep in mind after being dumped out of the blue.

Whether a breakup is sudden or not, if you treated your partner with respect, then it's not your fault. People end relationships for a wide variety of reasons, and even if you made some mistakes in the relationship, there are always many different factors that contribute to a breakup.

2. You Deserve A Better Relationship

Maybe your partner seemed great in every way, but that doesn't mean they were perfect for you, or it wouldn't have ended. There are better relationships out there for you — ones in which you won't have to wonder what caused you to get dumped out of the blue.

3. You Can't Change The Past

When you didn't see a breakup coming, you might spend hours later deliberating on whether or not you could have done anything differently. Don't beat yourself up for spending your time wondering this, but also know that nothing can be done to change the past. If there's something to be learned from the relationship, that's great, but no amount of mental gymnastics will change what already happened.

4. It Could Actually Be About Them

The line "it's not you, it's me" is the most cliched breakup line in the book, but in the case of abrupt breakups, it can actually be surprisingly true. If you really didn't see it coming, that's because it might not have been coming. Maybe something changed in their life, and they were unable to be in a relationship (but that has nothing to do with you).

6. You're Allowed To Ask More Questions

Talk to your partner about why the relationship is over. If it happened quickly and you're confused, you can follow up with them. You deserve to have your questions answered to find closure, and if they're not willing to have a longer conversation with you, well, that might mean that you're lucky to be out of the relationship.

When you don't have time to process the end of a relationship, it can feel like closure is a long way off. That doesn't mean it's not coming, though. Even if it takes a while to get closure, just know that you will feel OK again, and you will find someone who is better suited for you (if that's what you're looking for).

8. There Are Better Experiences Out There

When a relationship ends abruptly, you may only remember the good parts of it. You might not have gone through a period of a lot of fighting that resulted in a breakup. However, that doesn't mean the relationship was perfect, and that doesn't mean you won't find a better relationship in the future (or have more fun being single, if that's what you're interested in).

9. You Can Choose How You Feel About Them

Getting dumped out of nowhere doesn't mean you have to write your former partner off forever. You get to decide if this event makes you hate them or if you're open to being friends (or somewhere in between). It's OK to be angry and not want to see them again, but don't let anyone else tell you how you have to feel about them.

Getting dumped out of the blue can be extremely painful. One moment, you're having a nice evening with your partner, and the next, it's over. It can often feel like breakups like this are impossible to get over since you didn't have any warning signs. If that fear has taken hold of you, know that it's totally normal, but also know that with the help of these nine mantras, you'll be able to recover.