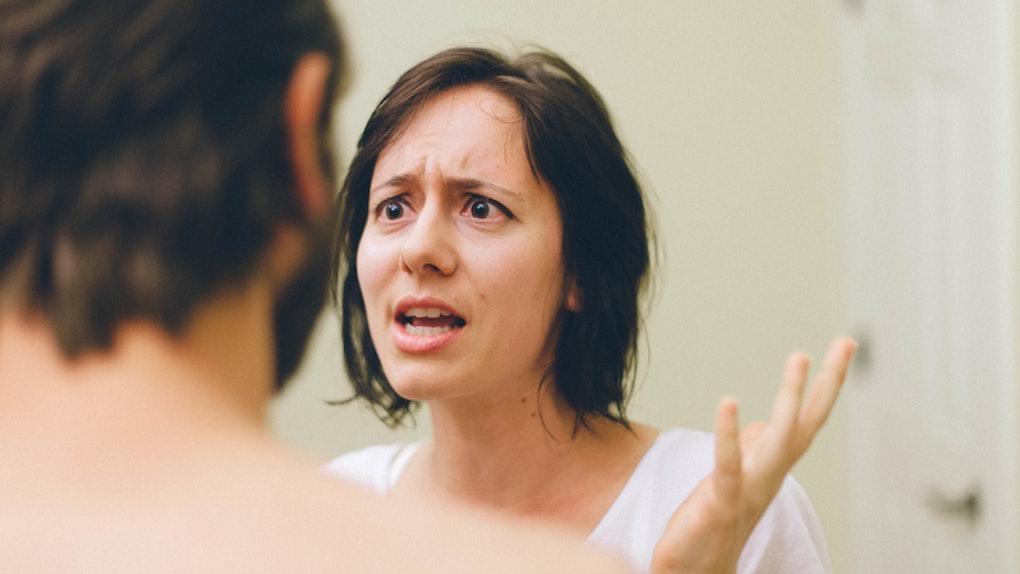 If You Were Blindsided By A Breakup, These 7 Women Feel Your Pain

In a recent Reddit thread, women shared the stories of the time when they were totally caught off guard by a breakup. Read along and take solace in these stories of people who have shared your pain.

She'd seen him blindside other girls before her.

He was coming to visit me for the weekend when we were in college. He spent the whole day texting me how much he loved me and couldn't wait to see me. When he arrived that night, he broke up with me.

There really weren't any signs specific to our relationship. However, we'd been friends before he started dating and I know he'd blindsided some past girlfriends with breakups.

She was ghosted out of the blue.

I got dumped by a guy that was 10 years older than me. I was 21 and he was 31. Looking back it doesn't seem much older now but at the time I thought I was big stuff because I was with him. He just ghosted me after a few months.

Looking back I was really inexperienced and he would take me nice places and I was like a dumb deer in headlights. There was no chemistry at all lol.

She had no idea he wanted to see other girls.

My first boyfriend dumped me completely out of the blue after a year together because he wanted to date other girls. I didn't see it coming and I didn't notice any signs! It took me months to get over him and build my self esteem back up.

She was dumped without any explanation.

My first boyfriend dumped me out of the blue. I was 15 and totally in love, thought we'd get married, we'd talk until we fell asleep every night, etc. He said he was going to come over but it just kept getting later and later. Finally he showed up in his sister's car and she didn't leave. He came to my room and started crying and told me we were breaking up. I started sobbing and asking why. He kissed me goodbye. I never did find out why he broke up with me. We got back together later for another year and he dumped me/cheated on me. I hooked up with him once more after that to get back at the girl he cheated on me with (high school shit). After the second dumping I realized I was worth a lot more.

She thought it was just a rough patch, not the end.

My first serious relationship. The months before he was slowly starting to become distant, and I had been struggling to stay together. But in all honesty it seemed like a rough patch. Then a girl got introduced into our social group, and he immediately bonded with her. She was older than both of us and in a lesbian relationship, but people kept commenting we looked alike and since we were LDR and she was closer to him, literally one state away, I guess he thought he had a better chance with her.

She never gave him any sort of indication she was interested, but he did. It wasn't until two weeks after they met that she sent me a message with a conversation between them, where he confided in her a lot of things and how he was planning to break up with me. I got incredibly hurt but also angry and decided to beat him to it and dumped him first lmao. Looking back on it I guess it wasn't just a rough patch and the fact that he reached out to someone he'd met for only two weeks than his girlfriend of almost two years was a dead giveaway.

She was dumped over the phone by her most serious girlfriend.

I was absolutely blindsided when my gf broke up with me. We'd been together 7 months, both of our most serious and longest relationships ever, and she did it over the f*cking phone. I thought a lot of her reasons were bullshit, but after enough months passed I was able to see that there were signs I had ignored. Our sex life was pretty awful, and I'm pretty sure she's a narcissist. Nothing could ever be her fault, and I was afraid to criticize anything she said or did or she'd get really mad.

She was dumped right after being introduced to her SO's family.

My ex girlfriend (I only have 1). We were long distance, and we flew to see each other every month. I went to visit over Thanksgiving, met her entire family, and then she broke up with me.

I thought everything was good. I was completely heartbroken. I ended up going on an 8 year bender because of the breakup and became an alcoholic.

So, yes, maybe you were dumped out of the blue, but I hope you can find solace in the fact that other women have gone through the same pain and have lived to tell the tale. Odds are, you dodged a bullet in the end.