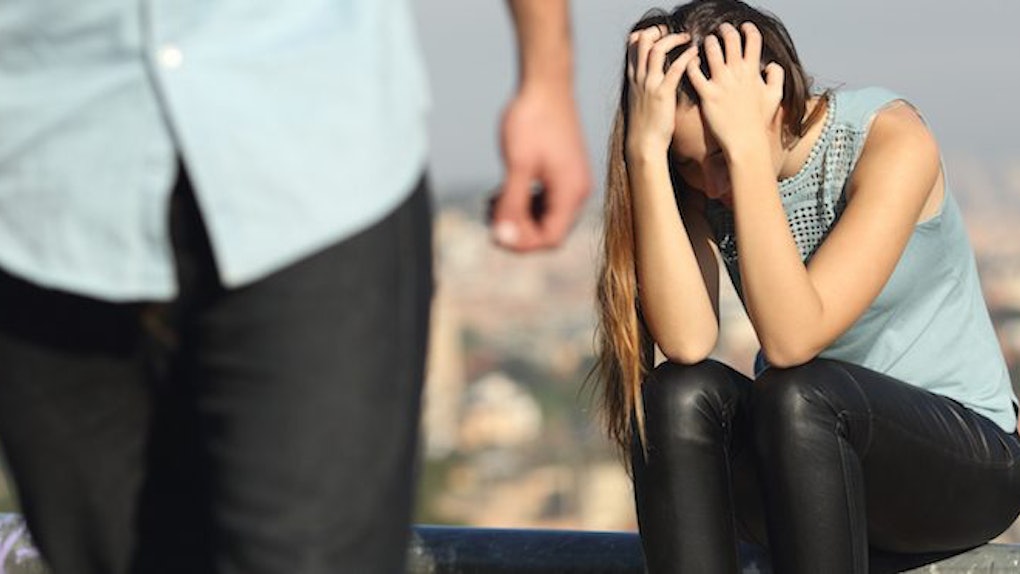 People's Stories Of Times They Were Blindsided By A Breakup

Getting dumped always sucks, but when you didn't see it coming, it sucks just a tad bit more.

It's the whole feeling of knowing you're in love and thinking you're totally in sync with someone as your other half, and then realizing they're on a completely different page.

It's all the pain of a breakup, highlighted by all the embarrassment that comes along with feeling like an idiot.

Simply put, it's the worst.

Here, eight different people share the stories of the times they were blindsided by breakups. And trust me, between the guy who broke up with his girlfriend just four days before her birthday and the girl who got dumped by her boyfriend mid-sex, they're all insane:

He never let her know how he really felt about her guy friend.

I had a really close guy friend whom my ex-boyfriend knew about. He knew about our past, and we were completely open and honest about it. One night, I told him I was hanging out with him. I woke up to a phone call saying we were done and that he couldn't be with me anymore. That was it.

He dumped her while they were banging.

He dumped her four days before her birthday.

My college ex-boyfriend broke up with me four days before my 23rd birthday — three days before he was supposed to come up to and visit me (long-distance relationship, ugh). The whole breakup consisted of two texts saying 'fuck off' and 'fuck you, go away.' OH, and he also decided to use the tickets to still come up to where I lived, only he DIDN'T see me, and he sold the birthday concert tickets he got me. He ended up dating my sorority sister about two weeks later.

She alienated him from the family with just a note.

A little over two months ago, my boyfriend of nearly a year broke up with me by telling me he was 'unsure' about me. I had NO idea it was coming — I was truly blindsided. We seemed to be completely obsessed with one another, and every other thing we said to each other was 'I love you.' So many red flags, right?! (sarcasm) The blindsided-ness I felt was amplified by what had happened a few weeks prior to the breakup: It was the end of December, and we had been discussing the possibility of me coming to his extended family's New Years party. Unfortunately, he said he wasn't ready for that, but he consistently reassured me that his reasoning had nothing to do with me and everything to do with his family dynamic. I felt so insecure about how NOT ready he was to bring me around his family that I'd ask him every day to remind me that he loves me, that his decision has nothing to do with me and that he's totally sure about me. And he would do so with a smile. Little did I know...

He had a pretty awkward slip up.

She dumped him after a fun visit.

During the summer between my underclassmen years in college, I dated a girl who was an incoming freshmen. I went to her prom and senior beach week, and she came up to visit me in New York for the Fourth of July. Then, two days after she went back down home, she out of nowhere says she doesn't think she wants to talk as much, which basically was her soft way of saying "break up." I don't understand why someone would come all the way up and have a great time, only to end things a few days later for no apparent reason. As I suspected, though, she met another guy at orientation and proceeded to "go wild" in college for most of the year. At least she got the "college experience." Looking back now, she was and still is kind of crazy anyway.

He told her he loved her the night before.

How NUTS were all of those stories? Comment your thoughts on them below!