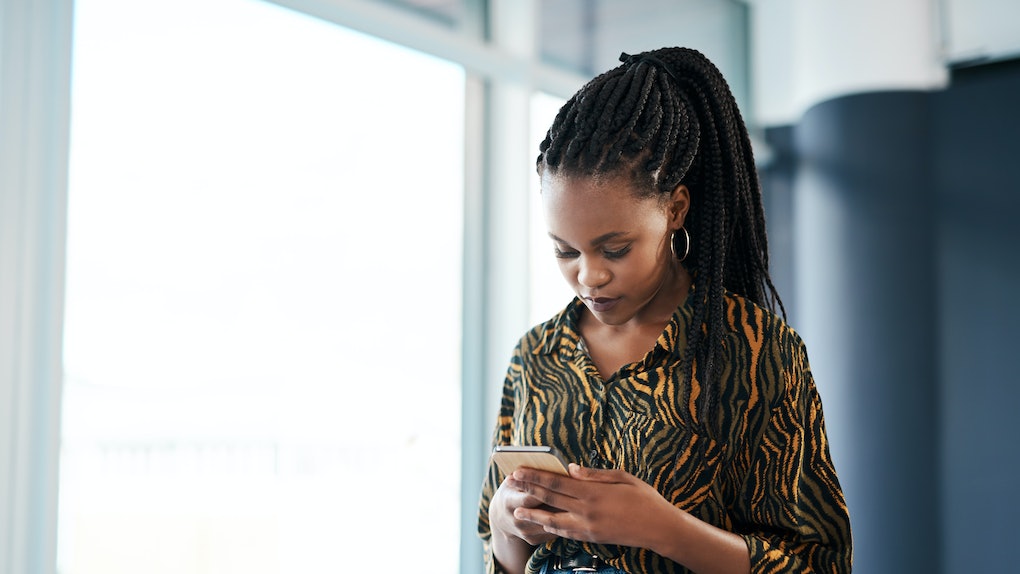 If You Get Tagged In A Photo With Your Ex, Here’s What To Do

Social media is all fun and games until your high school bestie decides to tag both you and your ex in a Homecoming TBT you'd completely forgotten about. Depending on how your relationship ended, navigating social media after a breakup might require some serious finessing if you'd rather not resort to pressing "block." The truth is, staying connected with an ex on social media can be awkward and difficult, and if you still have mutual friends, being tagged in a photo with your ex might happen as a result. Sometimes, family and friends underestimate the impact that posting old memories might have on a couple that's broken up.

According to NYC-based relationship expert Susan Winter, if an old photo of you and your ex pops up on social media, the best course of action is to consider the context and your feelings about it before reacting. Ultimately, how you respond to the photo will depend on several different factors. Some things to consider are: Is there PDA in the photo? Are you comfortable being associated with your ex? Are you still in the same friend circle? Are you dating someone else who might feel hurt by the picture? Once you've decided whether this picture is something you're OK with having online or not, address the situation according to your end goal.

"Finding yourself tagged in an old photo with your ex doesn't need to be a big deal," Winter tells Elite Daily. "If the ending of the relationship was civil, you can clarify that to viewers in a diplomatic way." Liking the photo is a normal, appropriate response if your goal is to acknowledge the post while keeping your distance. On the other hand, if you and your ex are still good friends and there are no hard feelings, posting a comment shows that you're making an effort to engage without overthinking it. When posting a comment, Winter recommends keeping it brief and positive. "Reply with a response such as: 'Good times. That was a fun [fill in the blank event],' says Winter. "Or, 'Oh yes, I remember that day. Lots of fun.'"

It's also important to speak up when someone's social media activity crosses the line. There's no reason to bite your tongue if someone posts or tags you in a photo with an ex who you either still have feelings for, or don't want to be associated with. "Polite diplomacy won't cut it if the image of your ex is disturbing, [whether it's because] because you still yearn for them, or [because] the relationship was abusive," explains Winter. If this is the case, the best way to respond is to reach out directly to the mutual friend who posted the picture and ask them to take it down. "This is a simple request that can easily be honored by someone with whom you are close," says Winter.

If the photo was posted by someone who you aren't friends with, Winter emphasizes the importance of being courteous, but direct. "If you don't know the person well, write a polite DM requesting that they untag you and don't post any future posts of you with your ex," explains Winter. "This requires no lengthy explanation." Most people who aren't trying to stir up drama should have no problem removing it. At the end of the day, you should never feel bad about enforcing boundaries with anyone who's posting content of you with an ex. Even if it's your ex's mom who totally didn't mean to ruffle any feathers, there's nothing wrong with kindly letting someone know when a post makes you feel uncomfortable. At the end of the day, it's a photo with you in it. Don't be afraid to ask for the respect you deserve.