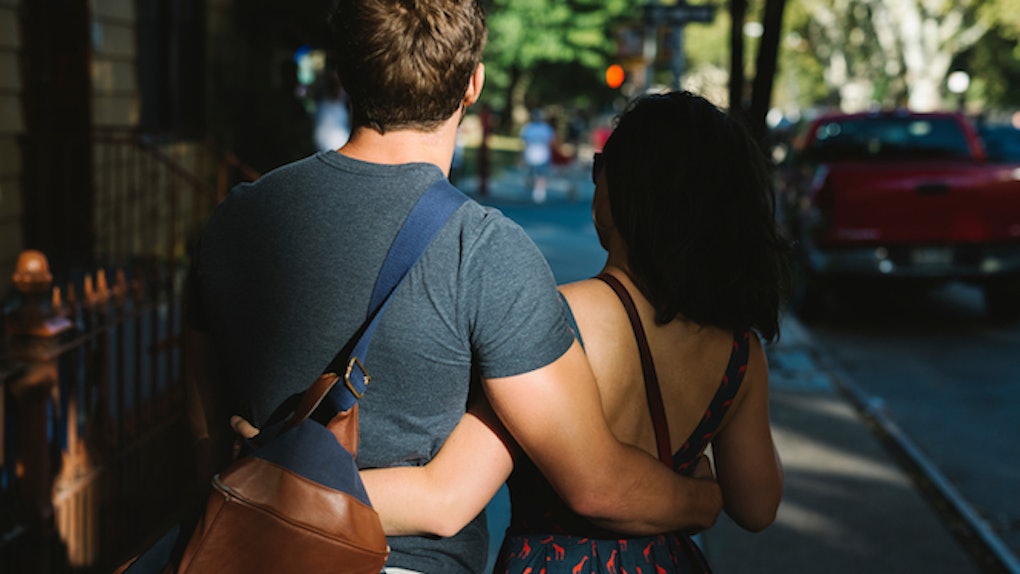 If You & Bae Are Moving To The Same City After Doing Long-Distance, Here Are 3 Tips

Planning, waiting, patience, communication, weekend getaways: these are the staples of a long-distance relationship, especially during college. If you and your significant other aren't in the same city during undergrad, a lot of effort goes into making sure it feels like you two aren't as far as the miles say you are. If you're finally moving to the same city after doing long-distance, you're probably thrilled — but it's important to remember that the move will have a huge impact on your relationship.

And hey, that impact will mostly be positive and amazing. Traveling to see each other will mean hopping on the subway for a few stops or trekking all the way across your new shared living room — not shelling out money for a four-hour bus ride. But finally being in the same city might mean new challenges, like figuring out if you're ready to live together or working to combine friend groups.

Remy, 24, and her partner have been dating for seven-and-a-half years. She says that dating long-distance in college was tough on her and her partner, as they both missed one another. She says, "It was particularly painful when one of us was experiencing a rough spot and needed support, which just isn't the same over FaceTime. We also texted pretty much constantly, which was tiring at times." After graduation, they both moved to the same city; below, Remy walks us through her experience and what you need to know about reuniting with your long-distance partner after college ends.

Decide whether you're ready to live together or not.

Depending on how long you've been dating, you may feel ready to make the next step and live together. Different people have varying opinions on how long you should date before doing this, and rushing it may hurt the relationship, but for some people, it works. Besides the fact that your partner is on-call for 24/7 slumber parties, you'll likely also save money on rent, utilities, and food.

Remy and her partner applied to jobs in the same cities for post-college, and decided they'd "find a way to make it work" no matter where they lived — but they both really wanted to end up in New York City. Ultimately, they did.

"And honestly, living together was so much easier than being long-distance," Remy says. "When you're long-distance, you learn how to communicate, trust each other fully, and live independent lives while still being independent. We were able to live together but still have our own friends and interests, and that made the transition a lot smoother."

Don't hermit yourselves right away.

Of course, it's going to be ridiculously exciting to no longer have to wait weeks or months to see one another, especially if you move in together right away after long-distance. But, you and your partner should remember that there's an outside world outside of your relationship!

"Now that we live together, we have to remind ourselves sometimes to make fun plans and go on dates," Remy says. Living in the same city – or same apartment – might allow you to get lazy with keeping things fresh in your relationship. Still work on planning romantic dates for the two of you and setting aside time for one another, like you did when you were long-distance.

"It's also easy to fall into a safe routine and just kind of settle down, but we're only 24 and still want to be spontaneous and explore life," she added.

Get to know each other's friends, even if you're both new to where you've moved.

This is also applicable to any couple, but especially after going from long-distance to living in the same city – introduce your friends to one another. Bring the people in your lives together by introducing them and socializing as a larger group. Host them in your shared apartment for a house party, or do something on a night out for some bonding.

The reason for this is you may have holed up just the two of you when you were long-distance, and refrained from being with a large group because you wanted to spend time alone. Now that you have an excess amount of alone time, spread the love and hang with each other's friends.