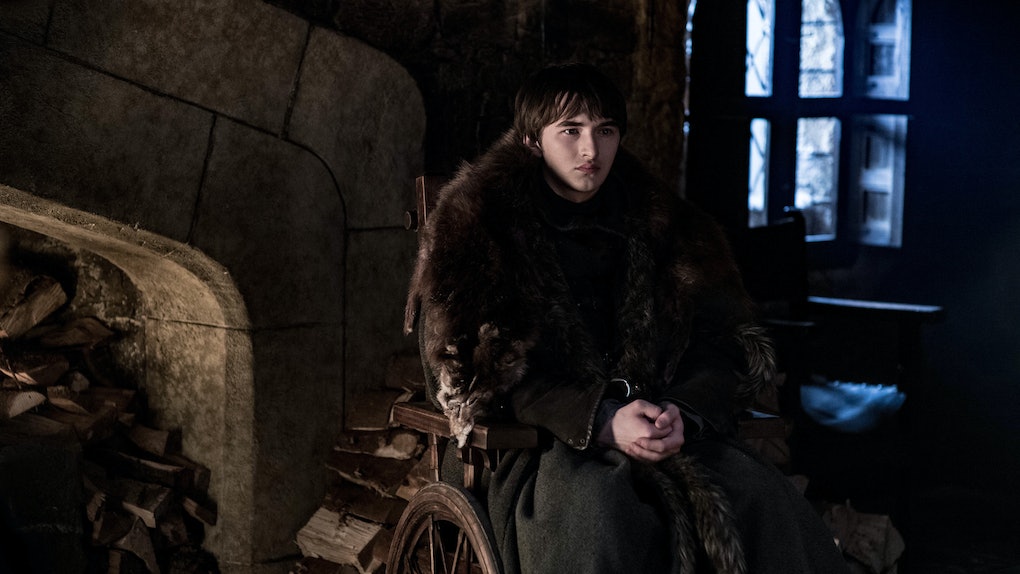 If Bran Dies, Who Will Be The Three-Eyed Raven? 'Game Of Thrones' Fans Have A Lot Of Questions

By this time, viewers of Game of Thrones should not be surprised when plot twists surface, changing the perspective on past, current, and upcoming events. After Ned's beheading altered the view on how heroes die in Westeros and the revelation of Rhaegar's real story changing Jon's life, fans were due for a new perspective on the Night King. Even so, it was a shock to learn he was not just coming to Winterfell to kill all the humans. He has one quarry in his sights: Bran. But if Bran dies, who will be the Three-Eyed Raven?

Last night's big reveal is that the Night King's direct path for Winterfell was not driven by a mere desire to kill living things, nor was it directed at Jon Snow (who the night king faced down at Hardhome), or Daenerys Targaryen (whose dragon he killed beyond the Wall). While the dragon riders may seem to be the traditional heroes, both are mere specks in the Night King's long view of history. His quarry is the Three-Eyed Raven, an enemy who has existed longer than anyone alive.

As Bran revealed to the assembled group, the Night King has always seen the Three-Eyed raven as his ultimate nemesis. If the Night King aims to kill all life, then he cannot just kill every living person, but the memory of them, the history of their deeds, or their successes and their failures, too. As long as the Three-Eyed Raven carries those memories within him, humankind can rise again.

"He's tried before, many times, with many Three-Eyed Ravens," according to Bran. Moreover, viewers saw him succeed, in Season 6, episode 5, when the last Three-Eyed Raven was killed, passing all of human history and memory to Bran.

So what happens if Bran dies? The bad news is, unlike the last Three-Eyed Raven, no convenient young person showed up at the door months early with strong greenseer skills and a desire to train. Bran was that young person. If he dies, there's no new Three-Eyed Raven for the memories to transfer to. Or at least, that's what Bran believes, as do those assembled around him.

It could be the closest person to Bran physically the moment he dies, meaning that someone like Theon could suddenly find himself communing with weirwood trees. If the theory the Three-Eyed Ravens are related to the Stark holds true, the title could pass could be a blood relative to Bran, and suddenly Sansa has all of the knowledge of the world inside her mind's eye. Or it could be someone the memories deem a worthy successor, like Sam. How would Gilly feel about being married to someone who can see her whole life, past, present, and future?

Whatever happens, fans probably won't see it coming until it's too late

More like this
This 2021 'Game Of Thrones' Season 8 Trailer Is So Confusing... & So Good
By Ani Bundel
10 Unanswered 'Gossip Girl' Questions The Reboot Def Needs To Explain
By Rachel Varina
Is Commander Joseph Lawrence Good Or Evil? 'The Handmaid's Tale' Fans Have Questions
By Ani Bundel
Stay up to date