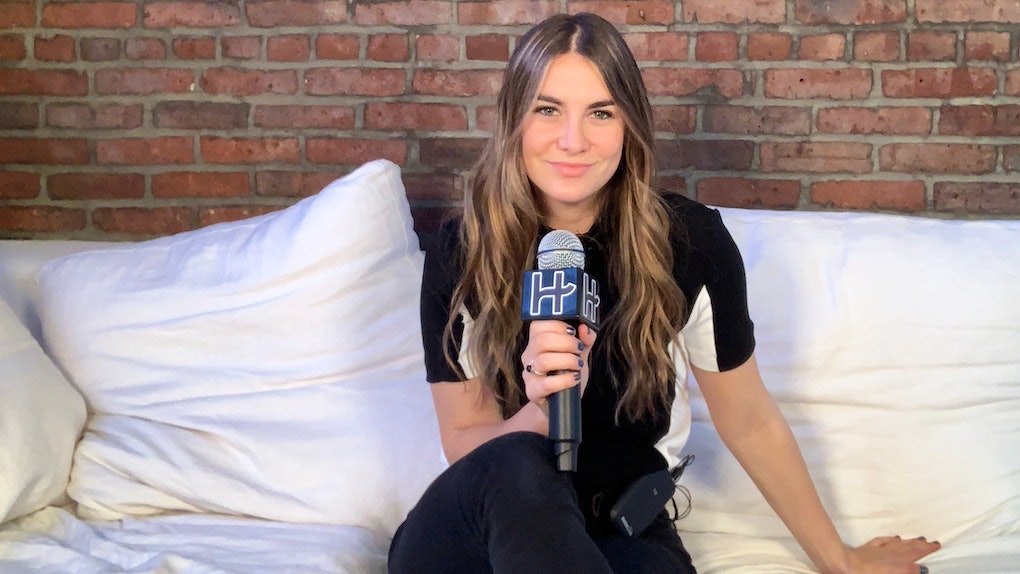 As Hinge’s Video and Content Producer, my role involves discussing the nuances of modern dating on Hinge’s Instagram Stories. Since day one, I decided that my personal life was off the table. I worried I would say the wrong thing, offend someone, or regret something I said. I also worried that the next guy I was into may not want to date me, knowing I may publicly discuss the private details of our relationship. These were all risks I didn’t want to take… until recently, when Hinge’s Instagram followers gave me breakup advice.

I went through a breakup at the beginning of the summer. After I said goodbye to my ex, I sat in my hotel room in L.A. and surprised myself by recording a video talking about what I was going through. I never intended to post it. I guess I had become so comfortable talking to the camera at work that it was almost cathartic to admit that I was struggling, even if I was just admitting it to myself.

Over the next few days and weeks, the breakup hit me harder than I thought it would. Breakups are never easy, but it was tough to work in the dating world while I was hurting. I still had to hear about people finding love and celebrate success stories. I still had to discuss dating topics and encourage Hinge's users to believe that finding love is an exciting and hopeful experience. All the while, I was feeling the opposite.

It suddenly hit me that it made no sense for me to not talk about what I was going through. If anyone were to get how I was feeling, wouldn’t it be a community of people also looking to find love?

After a few weeks of debating whether or not to share my breakup video, I took a deep breath and clicked “post” on Hinge’s Instagram. I had no idea if it would resonate with our audience, if anyone would care, or if people would judge me for discussing something so personal. But within minutes, I became overwhelmed with messages of comfort and advice from our followers. I suddenly felt so much less alone. Apparently, so did a lot of the Hinge community. I received so many messages from people saying that they were also struggling with a breakup and that they were inspired to hear me open up about mine. Even today, I’m still messaging with some of Hinge’s followers who were also going through a breakup — we’re there for each other.

It’s not easy to tell people that someone broke up with you, gave up on your relationship, or decided to let you go. It can feel embarrassing, and it can be difficult to talk about. Of course, I could’ve picked up any book about getting over heartbreak, or listened to a podcast, or asked my friends for advice, but none of that would have helped me nearly as much as the experience of having Hinge's 165,000 Instagram followers come together to support me.

More than a thousand messages poured in, and trust me, I read every single one. There were definitely a few that stuck out to me.

“Try to look back on the relationship as objectively as possible.”

This one got to me. I knew relationship with my ex wasn’t perfect, and that we had so many factors working against us. We lived 2,500 miles apart, had really busy schedules, and both worked demanding jobs that we were passionate about. While we both cared about each other so much and wanted to make the relationship work, we knew from the start that the odds of it truly working out were slim to none.

“You were OK before them and you’ll be OK after them.”

Truer words have never been spoken. It was definitely helpful to think about all of the people that were in my life who made me happy before him, who are all still here with me now.

“Your feelings were intended to be felt, so feel them.”

This. So often, people try to hide their feelings or pretend they're fine when they're not. It can be tough to admit that you're not OK. But you're allowed to experience and handle your feelings.

I gained so much from choosing to be vulnerable by putting myself out there. While I’m still not likely to publicly share every detail of every date going forward, I know there are some pieces of my life worth sharing that can positively impact someone else.

I recently started dating on Hinge again, and I actually let our followers review my profile! It’s exciting and comforting to know that through the ups and downs, the community is along for this ride with me, the same way that Hinge and I are there to help our members every step of the way through their own dating journeys.

Working at Hinge and sharing my own story has shown me that we can use social media and technology to lean on each other, come together, and if we’re lucky, find the person who makes us want to delete the app.