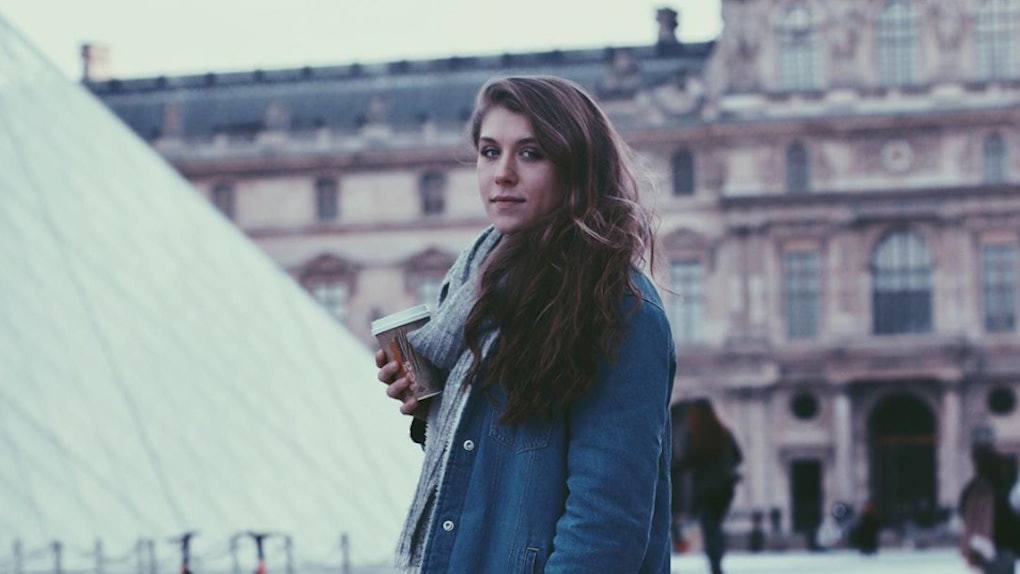 I Faked An Orgasm & Here's Why I'll Never Do It Again

If you’re one of my many friends (or followers) you’ll know that I’m completely open about my sex life. I have no problem writing about it, talking about it with strangers and giving advice to pretty much anyone about all things sexuality-related. However, this hasn’t always been the case. Despite the front of confidence I often put on, I used to not be 100% comfortable sharing my sexual needs — especially during casual hookups. Which is why one time, I actually faked an orgasm.

Before you jump to conclusions, please, let me explain. My college life (before my now-serious partner) was a series of one-night stands and trivial flings. I’ve always been pretty vocal about expressing my desire for sex when I want it. But when it comes to the actual pleasure that should be partnered with hooking up, I’ve also always had trouble actually coming with guys when we’re not in an actual relationship.

Basically, for me, one-time encounters never equaled orgasms. The act of coming with guys has been reliant on them taking the time to get to know what I like which, TBH, was always with people I had sex with more than once (or, more like 10-plus times). That being said, I don’t condone faking orgasms at all because, hello, I want me and you to be having crazy-pleasurable, real-fireworks kind-of-sex. But my situation was a particular one.

I was on a date with a guy that I met at college. He slid into my Instagram DMs earlier in the semester, but because of my busy schedule, I had put off actually going out with him until the summer. When we finally went out together, I could tell we were sort of clicking. Our chemistry probably had more to do with the mixed drinks and good Italian food rather than an actual connection, but I wasn’t looking for my soulmate.

He was attractive and funny, so I knew, in short, that I wanted to have sex with him. After a long night of dinner and West Village bar-hopping we walked back toward our neighborhood. The vibe between us was good and the conversation flowed with ease, so I invited him upstairs to my apartment. From there, things started getting heated. We shed our clothes and were doing all the things. I went down on him and in turn, he went down on me, paying great attention to my pleasure but not to the point where I was going to come. Then, we had penetrative sex.

After he came he went back to going down on me right away. At first I was relieved by his dedication to making me orgasm. In college, I’ve found that guys aren’t that enthusiastic about making sure there’s pleasure on both sides of a hookup unless, as I mentioned, I’m actually dating them. I enjoyed the attention and for a while, it felt good.

But as time dragged on and still I wasn’t coming, he started getting frustrated, letting out impatient huffs and moving his tongue more aggressively all over my genitals. “Come for me,” he said over and over, occasionally adding, “Does that feel good? How about that?” I tried guiding his mouth and his hands in a way that I knew might get me off but the pressure he was putting on me to come was making me anxious. The harder (literally) he tried, the harder it was for me to get out of my own head.

I told him that it was OK, that he could stop and that I was appreciative of his, um, valiant efforts. But unfortunately, relieving him of his duties wasn’t quite enough. He was insistent, saying he was determined to make me come. That he didn’t mind (gee, thanks). I reluctantly agreed to his pleas, but as more time passed, my clitoris, well, it freakin’ hurt. I’m someone that cannot — under absolutely zero circumstances — handle direct clitoral stimulation. The more you touch my pleasure point with your tongue (or finger), the more intense it feels in a super bad way.

My date was not getting the message despite my (what I thought to be obvious) squeamishness. I decided that I must, for the sake of all that is good, fake an orgasm. I mustered up all the “moans” and “convulsing” I could (basically thinking of anything that he could’ve seen in porn) to signify that I was, well, done. He rolled onto his back, I cracked the absolute fakest smile that I possibly could and said, “Thank you so much. That was great.” His face was smug with pride. Me? I couldn’t help but pity his ignorance. When he asked if he should stay over, I told him I had to get up early and showed him to the door (sorry, but I was fed up with playing polite girl for the evening).

Faking an orgasm that night is what seemed like the easiest route to relief from the physical pain I was feeling. Now, I realize that my words alone should’ve been enough. Yes, my date was trying to do the “right” thing by making my pleasure a priority every bit as much as his was. When he left my apartment a brief sense of guilt spread over me. Why did I just fake that entire moment instead of straight up saying “no?”

And look, I know I’m not alone here. In fact, in a survey of over 2,000 men and women across Europe and the U.S. by British pharmaceutical delivery service Zava, 68% of women reported faking an orgasm at some point in their lives. But here’s the thing: When we fake it, we’re not doing ourselves any favors. According to Gigi Engle, a certified sex coach, sexologist and author of All The F*cking Mistakes: a guide to sex, love, and life, faking orgasms can lead to an overall less satisfying sex life.

Whether you’re in a relationship or faking it with new partners each time, Engle said this can result in a messy, unpleasurable loop of repeated faking-it behavior. “Because you've never taken the initiative to speak up on your own behalf, you don't know how to tell a partner what you need,” she said. “Your partner is not responsible for your orgasm, you are. If you don't tell them what you like, want and need, how are they supposed to know? They are not a mind reader.”

In truth, I think we’re both a bit to blame in my situation. On one hand, if your sexual partner tells you they’re thoroughly satisfied — yes, even if they haven’t come — I think it’s best that you just believe them. As a woman, it’s refreshing when a one-time hookup makes me come. Trust me, I more than welcome it. But with this specific encounter it felt like he refused to set aside his ego and instead, wasn’t apt to listen for what I needed. In turn, despite the fact that he was trying so hard, his dismissal of what I really wanted made him less attractive in my eyes, achieving the exact opposite of what either of us had in mind. And, if I’m being honest, an orgasm isn’t necessary for a satisfying sexual experience every single time (seriously), especially if the alternative is, um, pain.

When it comes to my culpability in this mess? OK, so I shouldn’t have faked it. I could’ve been more straightforward with him, maybe explained why I wanted him to stop, that his attempt to be helpful was actually causing me stress and discomfort. In our society, women aren’t encouraged to be open about their sexuality (which is partially why I love writing about mine so much). Being unapologetic of our needs is the most radical act we can perform in this cisgender, white-male-focused world.

From that night forward, I vowed to never fake any kind of sexual pleasure again. Because you know what’s worse than a totally-no-longer-fun date stroking your in-pain clit with his harsh lil’ tongue? Stroking another undeserving, fragile male ego, of course.