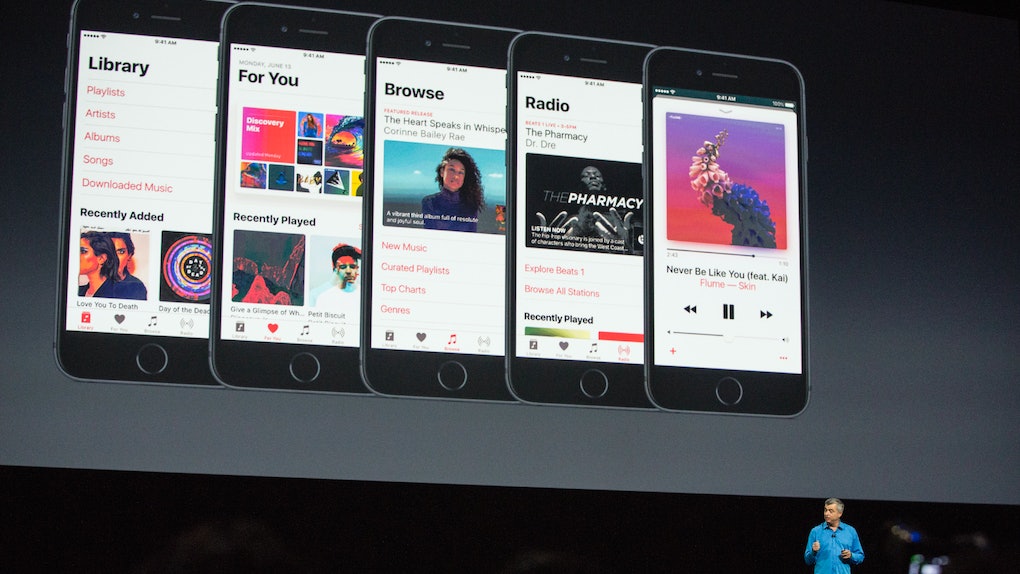 Now that Apple's latest system rollout has been around for a few weeks, you are probably starting to get acclimated to all the new features of iOS 13 and beginning to learn how everything works. As part of the tech giant's newest system upgrade, you might have noticed that the App Store no longer has its Updates tab in the same place, making it a little harder for you to make sure that you've got the latest versions of Instagram, Snapchat, and your other favorite apps on your devices. Here's how to update apps with iOS 13, because it all works a little bit differently now.

If you were one of the many users who jumped on the bandwagon when iOS 13 rolled out on Sept. 19, you'll know that while you got to try your hand at new features like Dark Mode, Memoji Stickers, and a new CarPlay Dashboard, some other features had to switch around to make room for the latest update. According to the Apple website, the iOS 13 update was upgraded to "[introduce] a bold new look, major updates to the apps you use everyday, new ways to help you protect your privacy, and improvements across the entire system that make your iPhone even faster and more delightful to use," and I'm personally loving the new look and feel of my phone's latest update.

However, some things aren't in the same place, like the new Apple Arcade tab in the App Store replacing the old Upgrades tab on the platform, and you might be wondering how you're supposed to upgrade your apps and make sure they're running as smoothly and securely as they can in this new layout. Like before, you'll want to go to the App Store to get started. From there, you'll select the "Today" tab at the bottom, after which you can tap on the user profile icon located at the top righthand corner of the screen instead of the tab at the bottom where it used to be.

From there, you'll see your account details. You need to scroll down to the part where you see "Available Updates." Then, you can choose the option to "Update All" of your apps or pick and choose if you just want to update individual ones.

One thing to note: If you have an iPhone 6 or older, you unfortunately won't be able to get iOS 13 on your phone, so you're out of luck if you're looking to update your phone and take advantage of some of the system's most hyped features like Dark Mode, customizable Memoji sticker packs, the swipe-able keyboard with Quick Path, and more.

While iOS 13 has had its share of bugs in its early stages, Apple has been consistently rolling out a number of versions patching up its earlier problems, which have included data loss, power issues, and more, so I'd recommend updating if you haven't already and keeping an eye out for newer updates that continue to make the tech company's system more efficient and secure than before.