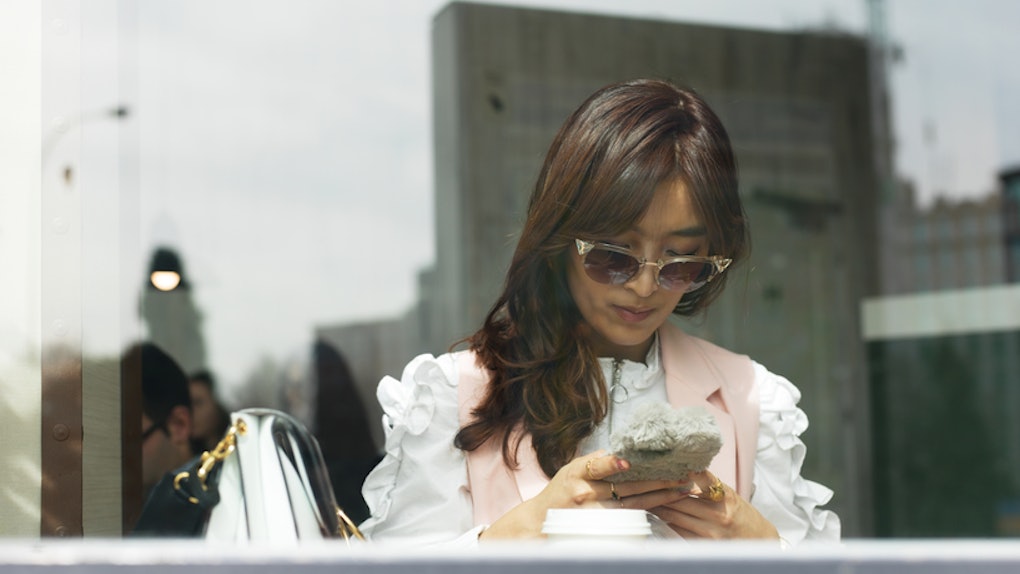 How To Tell If Someone Will Ghost You, According To The Way They Text You

Spring is here, which means new relationships are cropping up as quickly as the flowers are coming up to bloom. And as these new relationships unfold, so does their capacity to go sour. Whether it's ghosting, breadcrumbing, or just plain being a jerk, there are a lot of things that can go wrong when you start to have feelings for someone. It's all very well and good to let romance carry you away, but don't ignore the warning signs. Not paying attention to whether or not it seems likely if someone will ghost you will only do a disservice to your own heart.

Even though it's good and healthy to believe the best in people, the truth remains that there are plenty of jerks and straight up predators out there in the world. And while ghosting might not be on the same scale as maiming someone, for example, just having someone up and disappear on you can actually be way more painful than getting to tell them to hit the highway yourself.

If one of these warning signs sounds like your budding relationship, don't let yourself be taken for a fool. There are plenty of folks out there who, believe it or not, don't treat people like a commodity. But if your new person has any of these texting habits, don't be surprised if they ghost you sooner or later.

If someone is only texting you because you texted them back, then it means they're only putting the bare minimum amount of effort into maintaining a connection to you. Relationships should be 50-50, so if you're putting in most of the conversational work, according to The Talko, that's a major sign that someone is going to disappear on you.

2. They Never Respond To Your Texts Because They're Always "Busy"

It's true that our lives are very hectic. People do legitimately get busy; a big project may be due at work, or a looming deadline makes a person hard to reach. But if someone is always talking about how busy they are as a reason why they don't have time to see you or even to text you back, then it means they aren't prioritizing you in the relationship. And eventually, you may not hear from them at all.

If someone really wants to see you, they'll find a way to see you. Stop giving space to people who don't fight to be in your life.

3. Most Of Your Interactions Stay Online

NYC relationship expert and bestselling author Susan Winter says that serial ghosters or breadcrumbers — people who put in just enough effort to maintain someone's interest and give them the ego boost of being pursued — often give lots of attention online (and only online) to feed your interest.

"Texts, comments on social media, perhaps even an extended conversation or meeting — all of which is crafted to hook you romantically. Who doesn't want to feel special and appreciated?" Winter describes to Elite Daily.

The thing is that these gestures are mostly empty and aren't really intended to make you feel good. They're all serving the person who is playing you. You don't need to be validated by someone who doesn't have your best interests at heart.

So what do you do if someone is showing you signs that they are gearing up to ghost on you? Well, you could always be the one to ghost them before they get the chance — but that would mean stooping to their level.

Relationship experts like Winter suggest having a healthy confrontation. "Call them out on their bad behavior," Winter tells Elite Daily. "Clarify you know this game and you're not interested. Walk away... and keep walking. There's no rehabilitation for an ego in need of this level of compensation.

And if you don't, they'll take you down with them. Don't ignore the signs.